By Diana Vassilenko in Business on 20 August 2019

NUR-SULTAN – Prime Minister Askar Mamin visited the Kostanai Region Aug. 14-15 where he was briefed on the progress of the region’s industrial and infrastructure development. 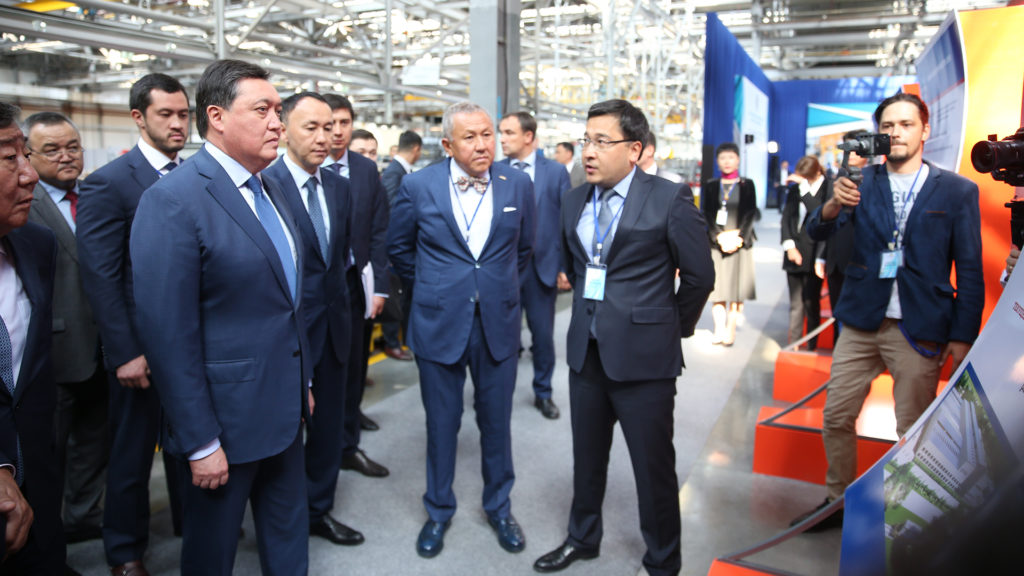 Mamin visited the Severnyi microdistrict in Zarechnoye village, where, as part of the Nurly Zher Housing Programme, 279 houses are being built.

“Now, there are 279 houses with an area of 100 and 120 square metres in the microdistrict. There are both single-story and two-story types,” Deputy Akim (Governor) of the region Sergey Karplyuk told Mamin. “There is an additional 10 acres of land to each house. The houses cost 120,000 tenge (US$310.6) per one square metre. The down payment is 20 percent followed by a 19-year loan at five percent.”

The state allocated 2.2 billion tenge (US$5.7 million) for the construction. Another 2.7 billion (US$6.99 million) went to Severnyi’s infrastructure development. Roads have been added and gas and water have been supplied to the houses. Work on 172 houses has been completed; the remaining 107 will be built by the end of the year. Karplyuk said the houses have already been distributed, as they are in great demand.

Mamin also visited an art exhibition by the Ankauov brothers. Despite all four of them having motor challenges due to a congenital disease, the artists create applique panel style artworks. What makes their artwork unique is that the brothers use felt instead of fabric. Their works have gained international recognition. As a token of his appreciation, Mamin handed apartment keys to two of the brothers, reports 24.kz

“We are very happy we received these apartments. I believe this will give us a big impetus for our professional development and creativity. We have big plans for the future,” said Baglan Ankauov, one of the brothers.

Mamin was also briefed on the development of the machine building industry. In accordance with the strategic instructions of Kazakhstan’s First President, Nursultan Nazarbayev, and President Kassym-Jomart Tokayev’s orders, the development of the machine building industry is one of the priorities in the work of the government. In the new Industrial Zone of Kostanai city, the production of ‘Belarus’ and ‘Kirovets’ energy-efficient tractors has been launched. In total, 14 projects worth 350 billion tenge (US$900 million) and creating 3,000 jobs are to be launched in the zone, reports primeminister.kz.

The automotive industry is one of the main factors that drive the industrial and technological development of the region’s economy. Mamin examined the SaryarkaAvtoProm production facilities, where the assembly, welding and colouring of light vehicles, carrier trucks and buses is carried out. Their annual production capacity is 27,000 pieces. Fifty car models of eight brands are assembled at the factory.

The prime minister discussed the automotive industry and agricultural machine building with Minister of Industry and Infrastructure Development Roman Sklyar, Minister of Agriculture Saparkhan Omarov, Akim (Governor) of the Kostanai Region Archimed Mukhambetov, Akim of the East Kazakhstan Region Daniyal Akhmetov, as well as the heads of several enterprises, including President of Astana Group Nurlan Smagulov, Chairman of the Board of KAMAZ Sergey Kogogin, Director of China National Vehicles Import and Export Corporation Wu I, Director of Peterburgsky Traktorny Zavod Sergey Serebyakov and CEO of Gomselmash Alexander Novikov. 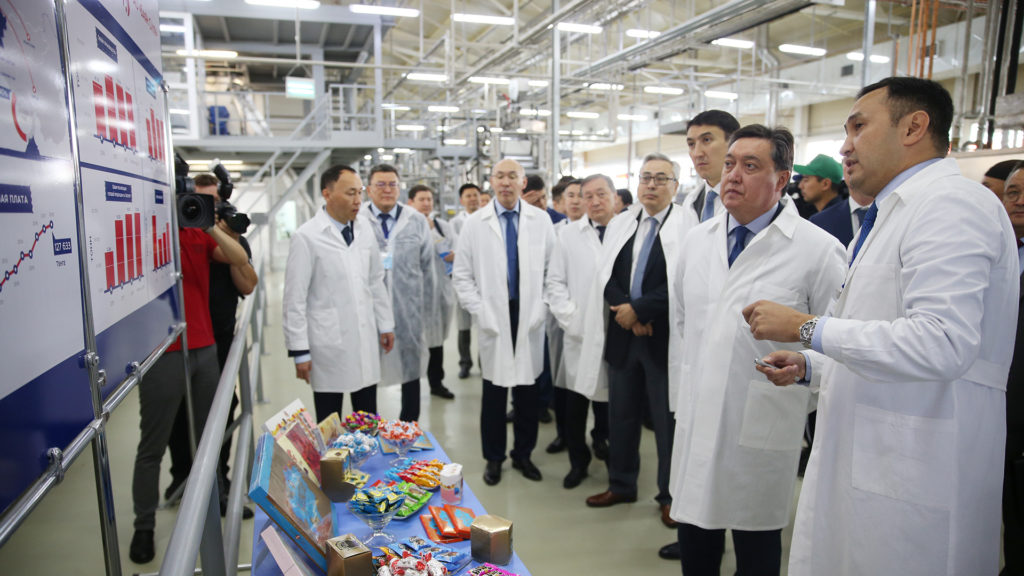 Mamin also visited several key enterprises in Rudny, such as the Sokolov quarry of the Sokolov-Sarbai Mining Enterprise, the Rudny Cement Plant and the milk processing and dairy production enterprise Lider-2010 LLP.