By Elya Altynsarina in International on 21 August 2019 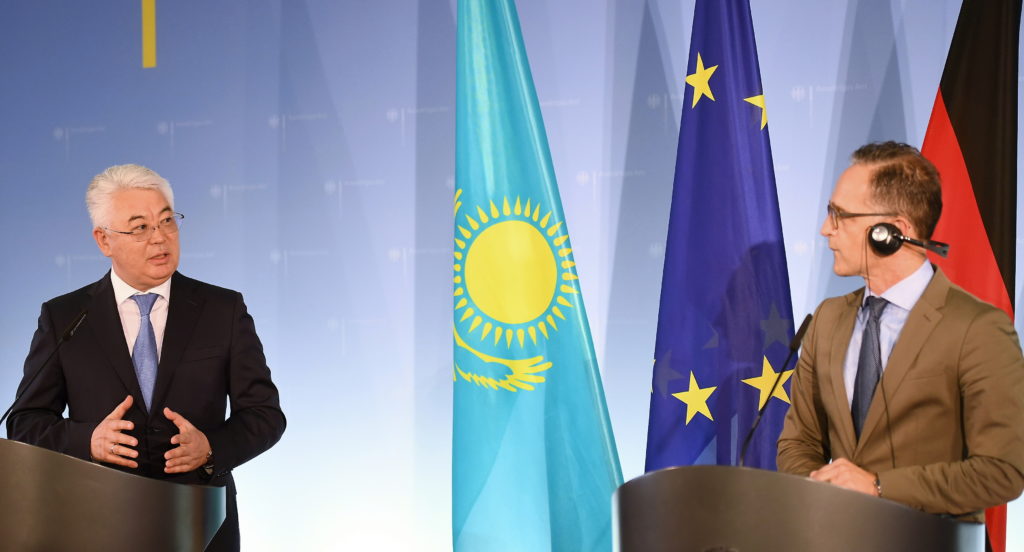 The Kazakh delegation headed by Atamkulov also met with high-level German officials, including Head of the Office of the Federal President Stefan Steinlein, Chairman of the Germany-Central Asia Parliamentary Friendship Group, Bundestag Deputy Manfred Grund and Parliamentary State Secretary at the Federal Ministry for Economic Affairs and Energy Thomas Bareiß.

The sides also noted that Vice President of the German Bundestag Dr. Hans-Peter Friedrich is expected to visit the Kazakh capital Sept. 23-24 for the Fourth Meeting of Speakers of Eurasian Countries’ Parliaments and that German President Frank-Walter Steinmeier visited Kazakhstan in 2017 to celebrate the 25th year of diplomatic relations. 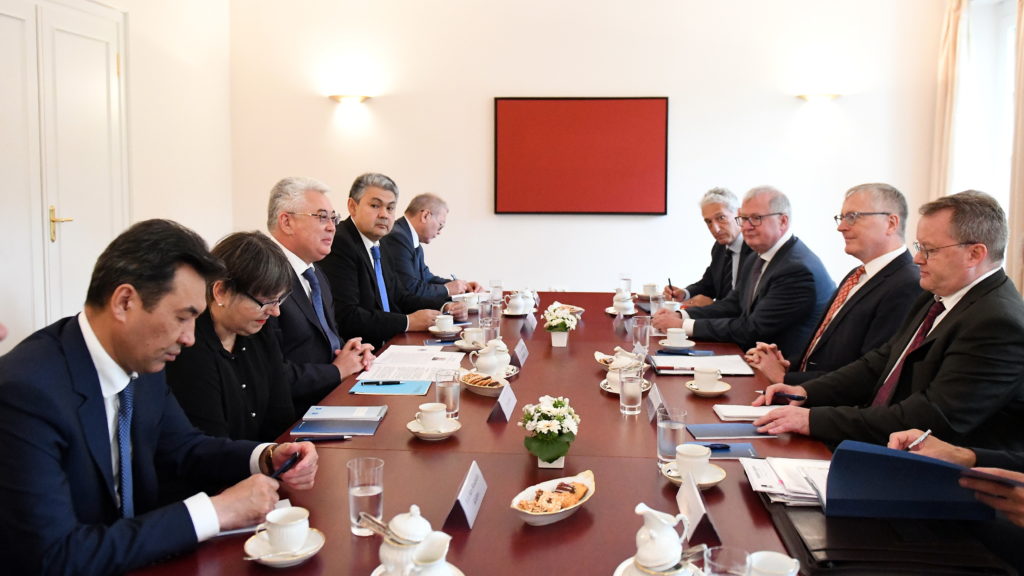 One of the proposed next steps for bilateral cooperation is the signing of  a roadmap for economic and industrial cooperation in energy, engineering, renewable energy, chemistry, tourism, transport and agriculture.

In 2018, trade turnover between the two countries reached $5.1 billion. Approximately 85 percent of Germany’s trade volume with Central Asia is with Kazakhstan.

Over the past 12 years, Kazakhstan has attracted $8.6 billion in investment from Germany. Approximately 900 joint ventures and companies with German participation have been working in Kazakhstan where companies such as Siemens, WILO, Knauf, BASF, Metro Cash & Carry, OBI, Claas, Linde AG are present.

Kazakhstan and Germany also cooperate on multilateral platforms, including peace projects in Afghanistan. According to the Kazakh foreign ministry, German officials have also said they want to help implement the European Union’s new strategy for Central Asia.

The two countries also have humanitarian ties with more than 180,000 ethnic Germans living in Kazakhstan, while more than 900,000 German citizens have migrated to their historical motherland from Kazakhstan after the collapse of the Soviet Union.

There are number of initiatives to enhance this relationship. Since recently, Kazakh school pupils can learn German as a first foreign language again, a step Maas called a “wonderful sign”.