By Dilshat Zhussupova in Business on 12 August 2019

NUR-SULTAN – The Kazakh Ministry of Finance aims to reduce the country’s shadow economy to 15-17 percent of the gross domestic product, which is the level exhibited among Organisation for Economic Cooperation and Development countries, said Kazakh First Vice Minister of Finance Berik Sholpankulov at an Aug. 8 government press conference. 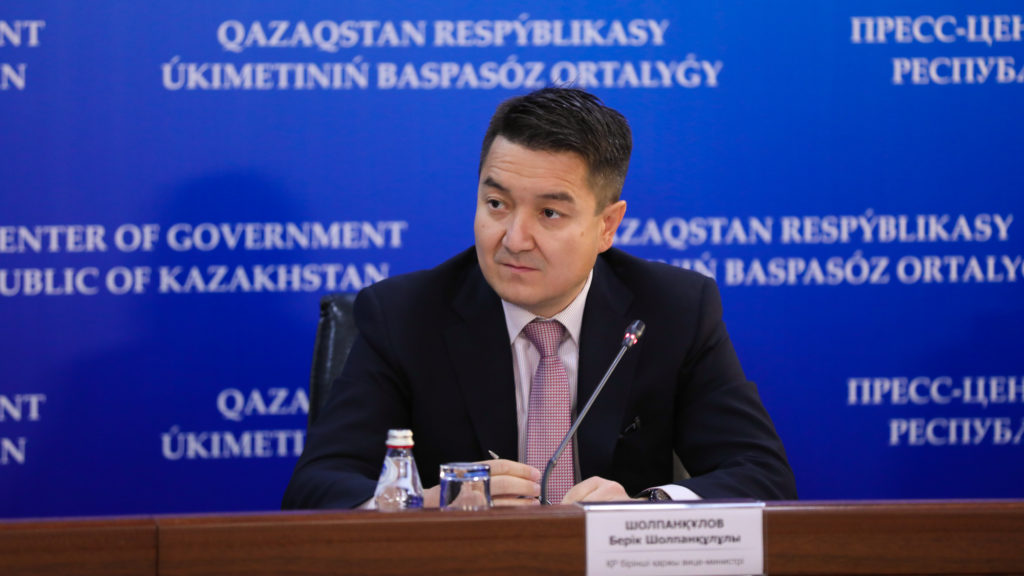 In addition to creating and expanding shadow economic activities, new technologies are also providing tax administrations with new tools to enhance compliance. The Kazakh government and the Atameken National Chamber of Entrepreneurs aim to shift small- and medium-sized businesses away from the shadow economy by improving policy on tax and customs and increasing the share of non-cash transactions as part of the 2019-2021 Action Plan to Counter the Shadow Economy.

Importantly, the digitisation of tax and customs administration and integration of information systems in Kazakhstan had “a positive effect in reducing tax audits 9 percent and increasing budget revenue almost 20 percent,” said Sholpankulov.

Implementing electronic taxpayer wallets has increased the volume of non-cash transactions between people and businesses and creating a traceability system for goods will help identify counterfeit goods and ensure product safety. For example, electronic invoices and the Virtual Warehouse module help track the movement of goods to the final consumer.

As part of the government’s effort to increase tax revenue, small and medium-sized businesses have been able to receive tax amnesty since Jan. 1. Forty-five percent of the approximately 90,000 eligible taxpayers claimed tax amnesty since the beginning of the year. A new method of value-added tax (VAT) administration, utilising blockchain technology, was also introduced in the country to increase the speed, accuracy and ease of collecting relevant tax data.

Next year, the transition to the use of online cash registers will faciliate the country’s shift to remote tax control.