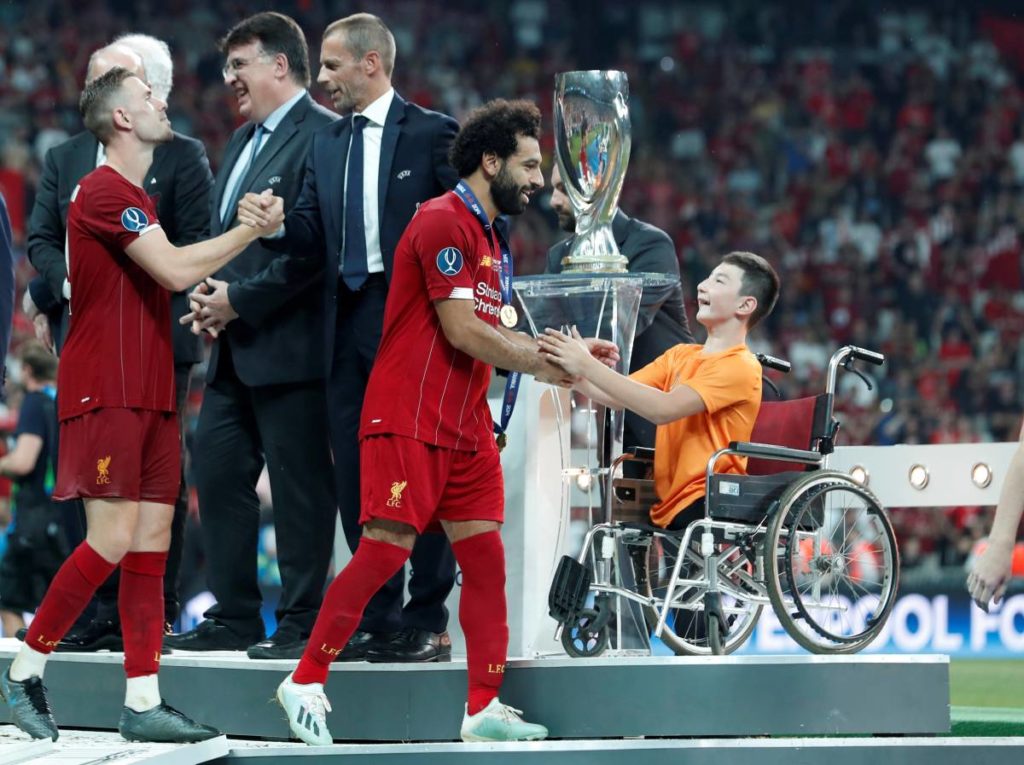 “Friends, I was invited to the UEFA Super Cup 2019, in which the winners of the Champions League and Europa League of the last season will meet. Liverpool-Chelsea match! To say that I am extremely happy means to say nothing. I am so delighted; I do not know how to convey my feelings of joy and happiness. I am grateful to the leadership of UEFA, the UEFA Foundation and of course to Kairat Sovetayevich. It was he who organised this wonderful event for me, giving me many unforgettable emotions,” Tuganbekov wrote on his Instagram page referring to Kairat Boranbayev, President of the Kazakh National Paralympic Committee.

His mother, Akmaral Amireyeva said that one of her son’s most important wishes came true.

“Ali has one goal – he wants to motivate children with disabilities to sports, to activity; he wants to be the ambassador of this organisation. These are his first steps towards this goal,” she told bnews.kz.

Turganbekov plays football and swims. He studies at the Nurorda School in the capital with his brother, Amir, who helps and supports him in his daily routine.

“A telecast about us was made on television. The kind-hearted wife of a high-ranking official came to us through it and helped us to enter the Nurorda School. So far, there is no limit to my joy. I express my deep gratitude to all the people who participated in this… All these people opened the most important path in my son’s life,” Amireyeva told inform.kz about her family’s struggle in finding the correct school for her son.

Following the match, President Kassym-Jomart Tokayev wrote on his Twitter page: “Ali, your will and determination inspire many people around the world. Let all your dreams come true!”