NUR-SULTAN – The Kazakh Anticorruption Agency is seeking to improve automated vehicle weight measuring systems that were installed since 2010, but are out of use due to technical issues. The agency noted the importance of preventing road damage from overweight vehicles and collecting funds for road repair. 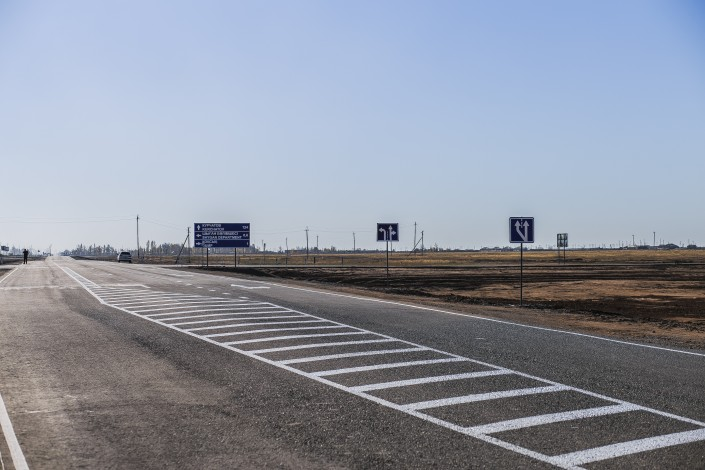 The government planned to use the system to eliminate the human factor and corruption risks, as it measures a moving vehicle’s weight and other parametres without involving transport control inspectors.

“To eliminate corruption risks, the introduction of special automated measuring systems began in 2010. It was assumed that it would automatically detect violations of the weight and dimensional parametres of moving vehicles without the participation of transport control inspectors. However, due to technical flaws, the installed systems are still not used,” said the agency’s prevention department head Anar Zharova at a recent agency meeting.

As the systems are not used, transport control authorities rely on mobile control points, which can be corrupted. She emphasised the importance of the automated systems and digitalisation to reduce human interaction, when bribery or other corruption actions can occur.

“Instead of developing automated systems, the main emphasis is on mobile control points that continue to be in the zone of corruption risks. Our criminal investigative practice directly confirms this. In this regard, we recommend that the authorised body in the field of transport control continue to work to eliminate the causes and conditions of corruption with the maximum automation of all processes and the exclusion of direct contacts,” she added.

In conjunction with public and local executive body representatives, the agency is completing on-site examinations of roads that have undergone repairs.

“As a part of the measures being implemented, a timely solution is to see the further digitalisation of the road industry. In this aspect, the proposal is from the Sapaly Zhol (Quality Way) project office. Adaldyk Alany opened with the support of the agency based on the National Centre for Quality of Road Assets. The project team initiated the creation of an information system that will automate the process of roads’ quality examination conducted by mobile laboratories. The data collected in the information system will be available to the public,” said Zharova.

The programme allows each citizen access to complete information about road conditions in a particular region.

“Along with reducing corruption risks, this will significantly improve the quality of roads. An important component in this issue is the effectiveness of the transport control system,” she added.