By Zhanna Shayakhmetova in Business on 1 August 2019

NUR-SULTAN – Entrepreneurs and start-ups seeking to improve the quality of people’s lives, especially for groups with limited access to resources, have an opportunity to participate in the inclusive innovation consortia grant programme. Launched by the Kazakh Ministry of Education and Science and the World Bank, the programme promotes and develops commercial innovations in Kazakhstan by providing grants as part of the Fostering Productive Innovation Project (FPIP). 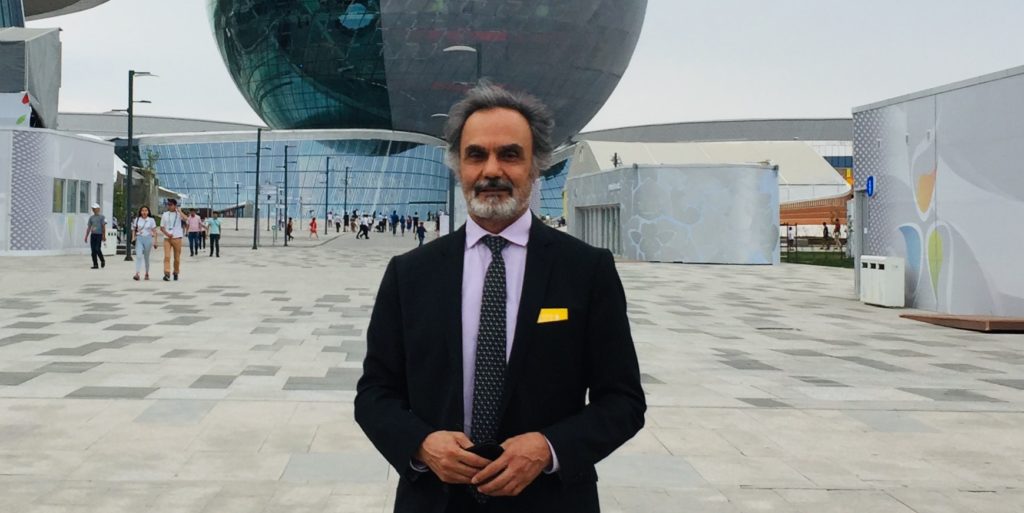 The objective is to support establishing and developing enterprises with a strong positive social and possibly environmental impact.

“With independence and objectivity, ISCB experts give scientific and commercial recommendations, based on their background and experience, on how to help projects succeed,” international consultant Professor Mehdi Majidi, a member of the International Science and Commercialisation Board (ISCB), which evaluates grant applications and selects candidates, explained in an exclusive interview for this story.

“The candidates thus receive world-class expertise that is available only to multinational companies, a key factor for Kazakh start-ups to compete in international markets. The Kazakh project management unit (PMU) has been very good at keeping track and focusing on how to disburse funds to selected applicants while applying rules and regulations of procurement and investments,” he said.

He noted the projects make social impact a priority far beyond economic impact.

“Inclusiveness is a more practical part of sustainable development and not everyone knows how to deal with it. We have initiated it and been successful at getting good and innovative ideas in terms of social benefits. Making inclusiveness initiatives part of FPIP leads to a fair distribution of wealth, job creation and cooperation. Universities, faculties and scientists are now interacting with commercial players. The interrelation that FPIP creates with different parts of society enhances social structures and wider distribution of wealth,” he added.

Socioeconomic development today involves people’s participation in improving their own lives. Multidisciplinary interaction and collaboration are needed to bring about this improvement.

“We encourage recipients in this and we show them the way. Even a few success stories can have a big impact. Imagine that instead of bringing know-how, technique and applications from outside, small companies work together to make Kazakh society better at realising the economic as well as social impacts of these actions. The trend is to measure success not only in financial results, but on the betterment of society,” he said.

Majidi, who has been working on the FPIP project for the last three years, appreciates the Kazakh government and ministers’ support for the initiatives aimed at improving standards of living.

“Key to the success of this project is that ISCB is an independent group with world-class expertise. For applicants, what started as an idea is now an actual commercial venture competing in the international market. Anyone can have ideas. This project has created the possibility of turning them into concrete solutions,” he said.

There is a need to raise public awareness of what the projects have created, in turn encouraging others to apply and submit new ideas.

The success of similar projects is generally measured by financial and economic impact, but the social benefits are also important.

“Awareness of social impact is very important, as it encourages more participation and general appreciation, all factors that can be used as a role model for other countries. As an example, the concept of inclusiveness is often misunderstood, but we have been able to initiate it in Kazakhstan and be successful with the support of Kazakh ministers and other government stakeholders. The success of inclusiveness projects here could potentially become a best practice and replicated elsewhere,” he said.

The World Bank, which sponsors the project, considers it one of its most successful, he added. The main reason is, first and foremost, the Kazakh government buy-in and its support, supervision and flexibility in adapting to new ideas, followed by a professional project management unit team and finally an independent international advisory board.