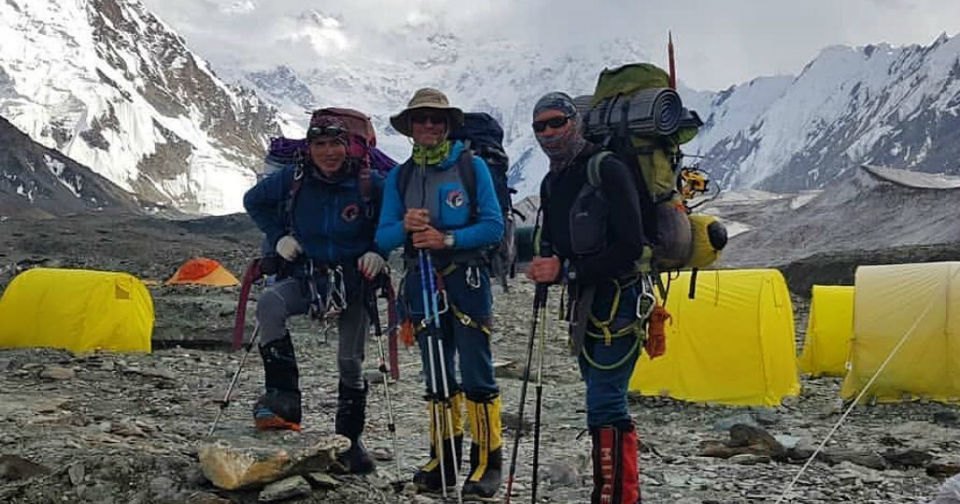 “A group of climbers from Kazakhstan went missing on the Kyrgyz side of the Zailiysky Alatau (Mountains),” said Almaty Akim (Mayor) Bakytzhan Sagintayev in an Aug. 19 Instagram post. “We are coordinating our work with the Kazakh Ministry of Foreign Affairs and the Ministry of Internal Affairs given that our guys are in Kyrgyzstan.”

The climbers, with more than 10 years of mountaineering experience, began their Jengish Chokusu climb Aug. 4 and lost their equipment, including their tent poles, Aug. 15 during an avalanche when descending from the peak. Chechulin passed away on the night of Aug. 15-16 when the three took refuge in a snow pit. Korneyev and Otepbayev continued their descent Aug. 16 without equipment, and communication from them has not been received since.

The Kazakh Ministry of Emergency Situations, Ministry of Defence, Mountaineering Federation, Ak-Sai Travel Agency and mountain climbers from Kazakhstan and Kyrgyzstan conducted a search and rescue operation, including an Aug. 20-22 helicopter search.

“A rescue helicopter is going to be dispatched from the Khan Tengri Mountain to the search site with a foot search and rescue group,” said Sagintayev in his Aug. 19 post. “The difficulty lies in the fact that the helicopter cannot fly at such high altitudes. The maximum height for flight is 4,500 metres. Search and rescue groups and volunteers will work together at the search site. We will also count on the support of our Kyrgyz colleagues.”

“The weather is difficult on the route and does not (typically) allow for full-scale search and rescue operations,” noted the Almaty Mountaineering Federation in an Aug. 20 Instagram post.

The federation stated that it is unlikely that the climbers will be found and expressed its condolences to the climbers’ relatives and friends.

“This is a heavy loss for Kazakhstan mountaineering,” said the federation.