Capital to provide 1,634 apartments this year for families with many children

NUR-SULTAN – The capital will provide 1,634 apartments for families with three or more children by the end of the year using the capital communal housing fund. It includes 731 rental properties for 233 families with many children, 105 orphans as well as housing for World War II veterans, individuals from socially vulnerable groups, civil servants and those on the waiting list for housing. 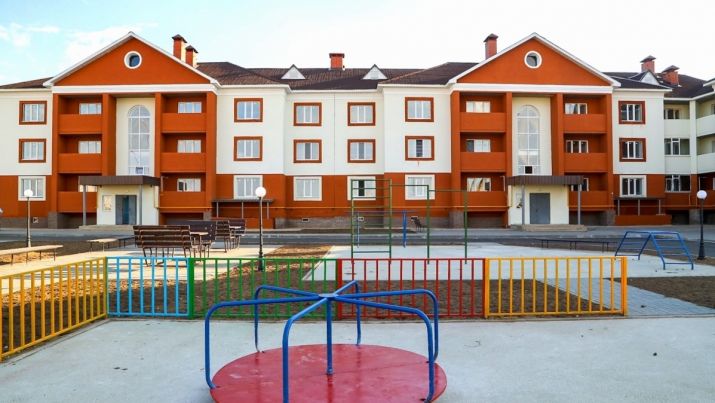 “There are plans to provide 1,640 apartments including 718 rental houses in 2020. The Housing Construction Savings Bank launched a loan programme for single-parent families, large families and families with children with disabilities. We have issued more than 2,000 orders for participation in this programme,” said Anuar Saipov, deputy head of the city’s department for employment and social protection.

More than 47,099 capital residents, including 22,538 from socially vulnerable groups, civil servants, and orphans, are on the housing waiting list. Zhilstroysberbank central office Deputy Director Zhanar Izimbetova noted 1,129 applications have been submitted since a new direction was implemented July 17 as part of the Nurly Zher programme.

“The programme has certain requirements such as Kazakh citizenship, the divorce must have been registered at least three years ago in the case of an incomplete family, the absence of housing at the time of application, registration in Nur-Sultan for two years and the family income should not exceed 42,500 tenge (US$110) per family member,” she said.

Izimbetova also spoke about the programme for relocating large families from the capital to neighbouring regions with guaranteed apartments and employment.

The local administration covers all housing-related expenses for a year and individuals may apply for jobs. Kindergarten and school are provided for free and school uniforms, school meals and supplies are complimentary.