NUR-SULTAN – The Kazakh government is investing in the Alakol Lake coastal zone and its infrastructure. Entrepreneurs and state body representatives recently discussed the prospects and challenges of developing the resort. 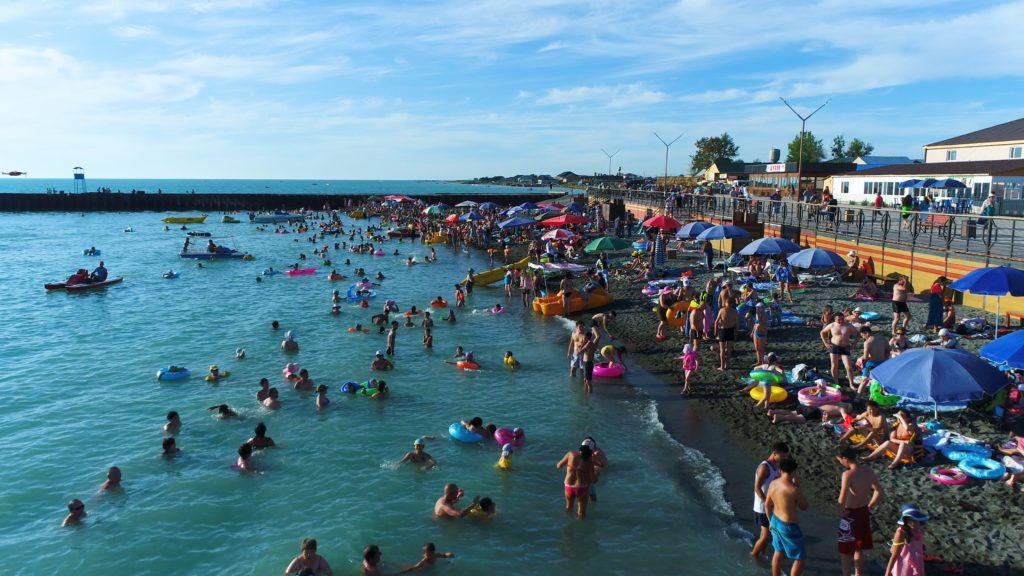 East Kazakhstan Region Akim (Governor) Danial Akhmetov participated in the talks during his working trip to the Urdzhar district. He noted the regional akimat (administration) will begin implementing several large infrastructure projects in the next year. Akhmetov emphasised representatives of small and medium-sized businesses must fulfil their obligations and pay taxes.

A recent audit found 38 entrepreneurs who have not paid taxes, said East Kazakhstan State Revenue Department Deputy Head Yerzhan Ktanov. In 2018, businesspeople paid 67.5 million tenge (US$174,400) in taxes to the district budget and this year, the figure is expected to increase 48 percent to 100 million tenge (US$258,400). Instances still remain, however, where recreation facility owners provide inaccurate information about their income and accordingly, evade taxes.

Plans are underway to execute projects worth 30 billion tenge (US$77.5 million), said Urdzhar District Akim Serik Zainuldin. Authorities will begin with shore protection by placing wave breakers parallel to the shore 100-150 metres from the coastline. The project, based on the experience Kazakh contractors gained while building the Aktau seaport, will also involve strengthening approximately two kilometres of the coast.

The Urdzhar Airport runway will be lengthened up to 2,100 metres and widened up to 45 metres, providing aircraft the ability to enter the lane from two directions. Up-to-date light-signalling equipment with high-intensity bulbs will be installed.

Authorities will also be building a new terminal with a capacity of 70 passengers per hour and refurbishing the administrative premises of the existing building. The airport will subsequently be able to accept narrow-body aircraft with up to 70-80 seats.

“For two years, we have invested a lot of money in the development of the coast. In the next four years, we will invest even more so that not only domestic but also foreign tourists can come here and relax in comfort,” said Akhmetov.

He noted the resort has a roadway problem which will also be corrected.

“Today, there is one problem – the road from Ust-Kamenogorsk through Kalbatau through Semey to Ayagoz – but within two years, the repair will be completed. A 2.6-kilometre cycle track will be built from the village of Kabanbai to the Alakol Lake. All necessary state support is provided to entrepreneurs; therefore, businesspeople must pay taxes with full responsibility,” he added.