By Zhanna Shayakhmetova in Tourism on 5 August 2019

NUR-SULTAN – Archaeologists found the remains of a young man and woman and gold jewellery from the Bronze Age while studying Kyzyltau Cemetery in the Shetsky District of the Karaganda Region. The grave is from the first third or quarter of the second millennium BC, reported the regional press service June 29. “The burial ground consists of five mounds. We are now studying the fourth one. We found a burial with male and female skeletons buried face-to-face. The young couple probably belonged to a noble family or they were from the royal family. The grave is rich. The female has two arm bracelets twisted into a spiral and ornamented pendants in the shape of the sun. She wore gold temple rings,” said archaeologist Igor Kukushkin.

“The Begazy-Dandybaev culture is considered to be the most powerful in central Kazakhstan. The large clans and tribes lived here. The chariots appeared during this era. The chariot warriors were leaders in this turbulent time,” he noted.

The finds include bronze bracelets, hair accessorises with leaf-shaped pendants, beads, knives and a bone psalium used to control horses.

Archaeologists also found ceramic dishes this year in one of the burial sites, said Deputy Director of the Karaganda Regional Museum of Local History Dauren Zhussupov.

“This is the first unusual mound at the Karazhartas-2 burial ground. We studied it this year. First, the mound is completely built of stone. Its diameter is 21 metres and its height is two metres. Second, the mound is characterised by its design and is made of several fences. The finds were not found in the grave pit. As a result of the study, approximately 40 fragments of ceramic dishes, a grindstone and a tip of a trihedral bronze arrow were found. The ceramics date back to the early Iron Age. No human remains were found here. The burial was without inventory and bodies,” he added. 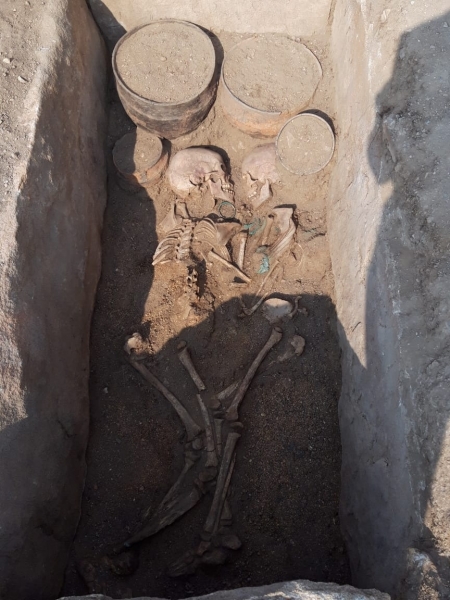 Reconstruction of the mound will be completed this autumn, showing how it looked before and after it was rebuilt.

A stone pyramid was discovered at the Karazhartas burial ground in 2017. It is one of the largest and most complex structures of the Late Bronze Age in Kazakhstan.

“We did restoration work on the pyramid in 2018. The head of the region set the task to create an open-air archaeological park. We developed a three-year programme. This year, five expeditions work here,” said Yerkebulan Agimbayev, head of the regional department for culture, archives and documentation.

A group of archaeologists from Buketov Karaganda State University has been excavating the monuments in Taldinsky archaeological park since 2016. This year, the work started in June. 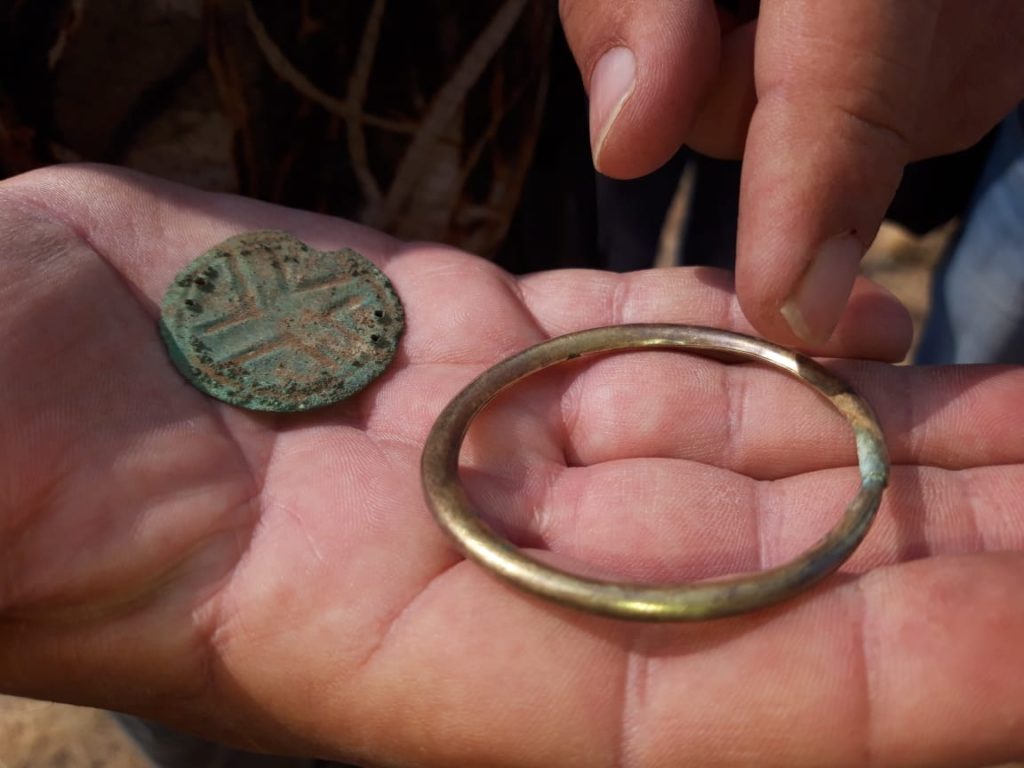 Approximately 200 archaeological sites are located within 100 kilometres of the park. All the sites will have plates with descriptions and QR codes for more information offered in three languages, Kazakh, Russian and English.