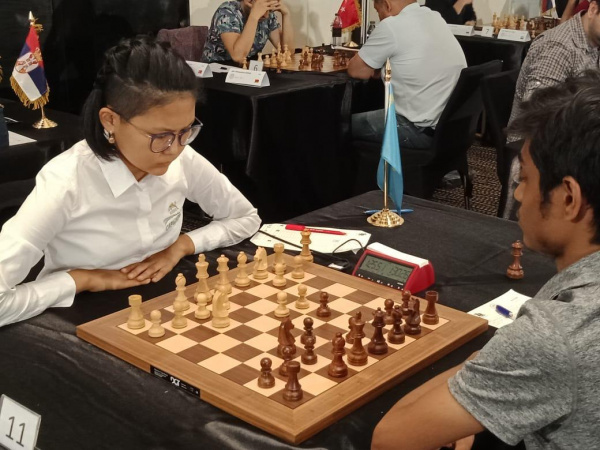 Assaubayeva once again fulfilled the norm of a female grandmaster, scoring five points in nine rounds with four victories and two draws.

“At the Abu Dhabi International Chess Festival Masters, I played nine games in the Swiss system. The most difficult and therefore memorable was the game with 17-year-old Indian grandmaster Panneerselvam Iniyan with a rating of 2,517. Iniyan is young, strong and aggressive; he was determined to win and therefore especially dangerous… In the end of the five-hour standoff I managed to win, creating a direct threat to (his) king,” Assaubayeva told bnews.kz.

She noted playing against men is not easy and provides good experience for her future career.

“Men are stronger than women – this is nature, the world is created [that way] and sport is a reflection of this world. In boxing, wrestling, weightlifting, athletics, swimming, football and hockey, men are stronger and their results are much higher than women’s results. After all, Canelo Alvarez is stronger than Laila Ali and Michael Phelps is faster than Tracy Stockwell, right? This axiom is true for any sport and chess is no exception. My rivals were men, four of whom have the title of grandmaster and one international master. Playing with them, probably the main thing that I learned for myself is experience and perseverance,” she added.

Assaubayeva mastered the first rules of chess by age four. She is the youngest-ever World Chess Federation (FIDE) Master, receiving the title at seven, and counts five world championships among her awards.

“In my free time I like to read, do gymnastics and try to sleep. The latter is often not enough. I surely pay attention to my family on the weekend. I love walking with my little sister,” she said.