NUR-SULTAN – Almaty graffitists Yerzhan Tanayev and Ali Zakir, known as Tigrohaud Crew, have created dozens of murals throughout Kazakhstan as well as India, Russia and Turkey. Most of their works are portraits, including historical figures, in a mixed style and authentic ethnic atmosphere. 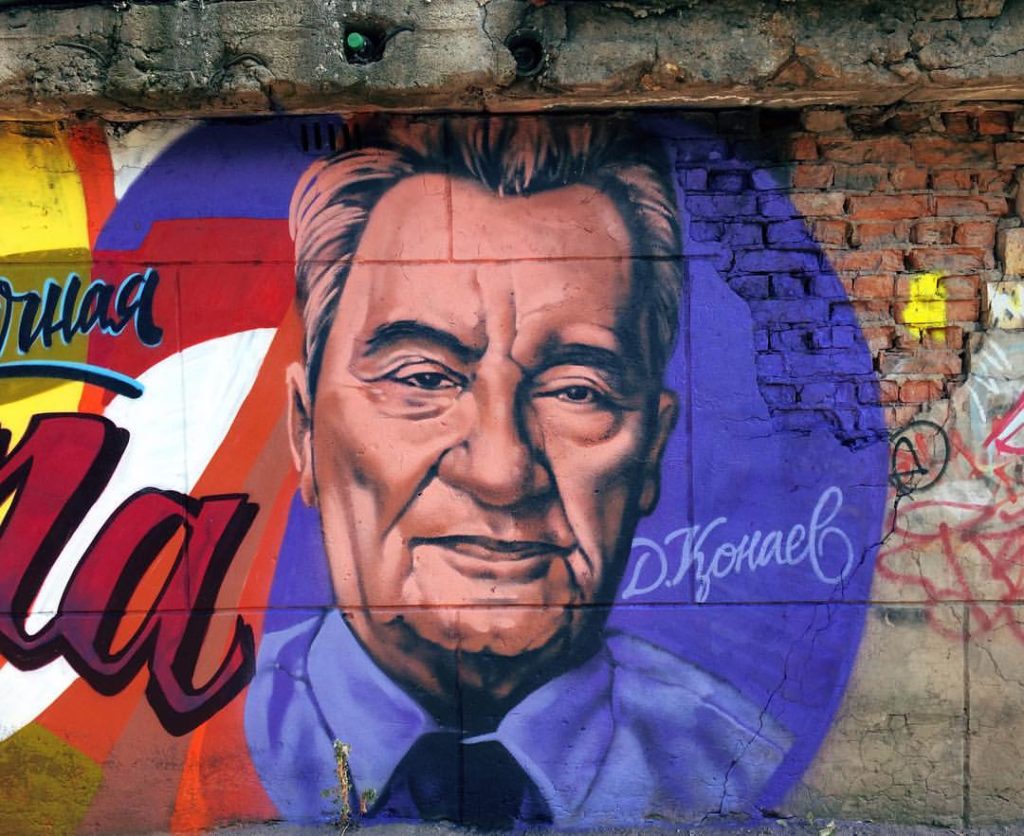 The duo, created by two fellow students from Almaty College of Decorative and Applied Arts, initially expressed their interest in the art form in 2006 after seeing graffitists at the annual SNICKERS URBANиЯ festival. The following year, they decided to participate themselves. 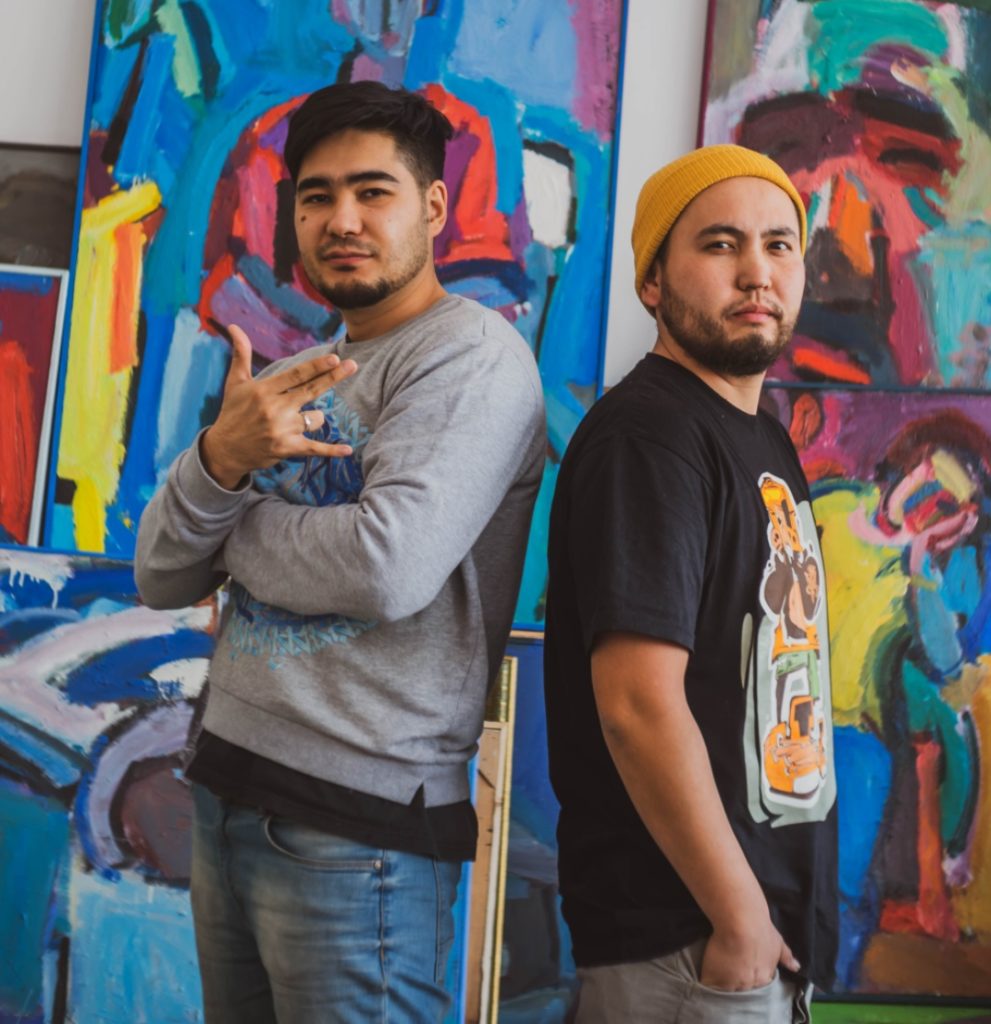 “Back then, we often drew hip-hop characters like Tupac and Notorious B.I.G. and then we realised: why not draw, glorify our heroes? We began to draw historical figures such as Abai Kunanbayev (Kazakh poet, composer and philosopher), Dinmukhamed Konayev (Kazakh Soviet politician), Abilkhan Kasteyev (Kazakh painter) and Al-Farabi (Oriental philosopher),” he added.

To date, Tigrohaud Crew has created works in Aktau, Aktobe, Almaty, Karagandy, Kostanai, the capital and Taldykorgan. The murals are a mixed style that includes photorealism, Kazakh traditional patterns, geometric elements and other components.

“Our style can be called quraq korpe (a quilt, the front side of which is sewn from colourful pieces of fabric). We collect our work from pieces of different colours and then every colour, every spot should play its role… Some of our works are very difficult to understand at close range. It seems that there are some kind of chaotic colours, but when you step back, the work is becoming holistic,” said Tanayev. 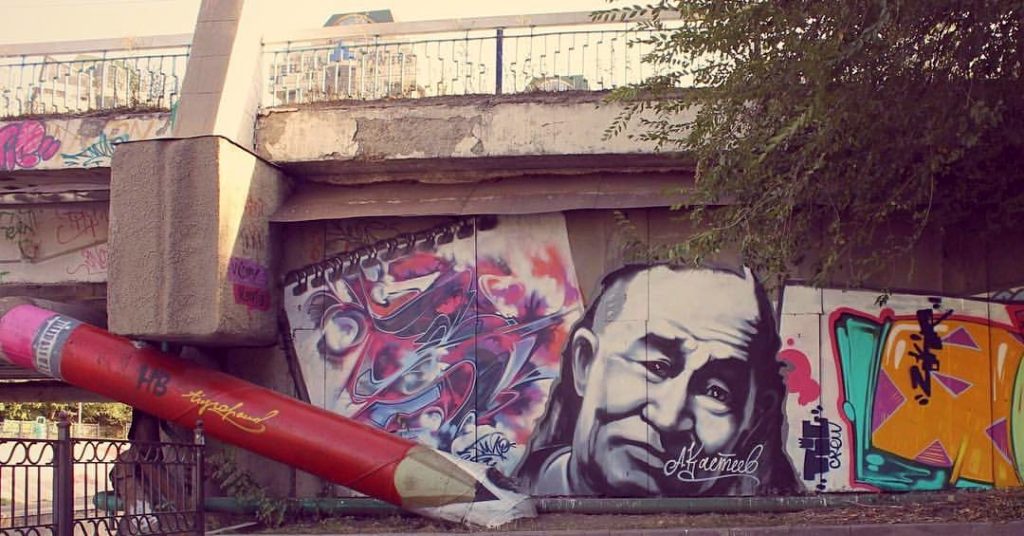 The team also creates paintings and shows as part of exhibitions across the country. They are inspired by world graffitists and painters, music and nature.

“I get inspired by foreign artists’ works; for example, Aryz, Marat Morik. Music is also inspiring. In general, modern art inspires me, and not only street art,” he added. 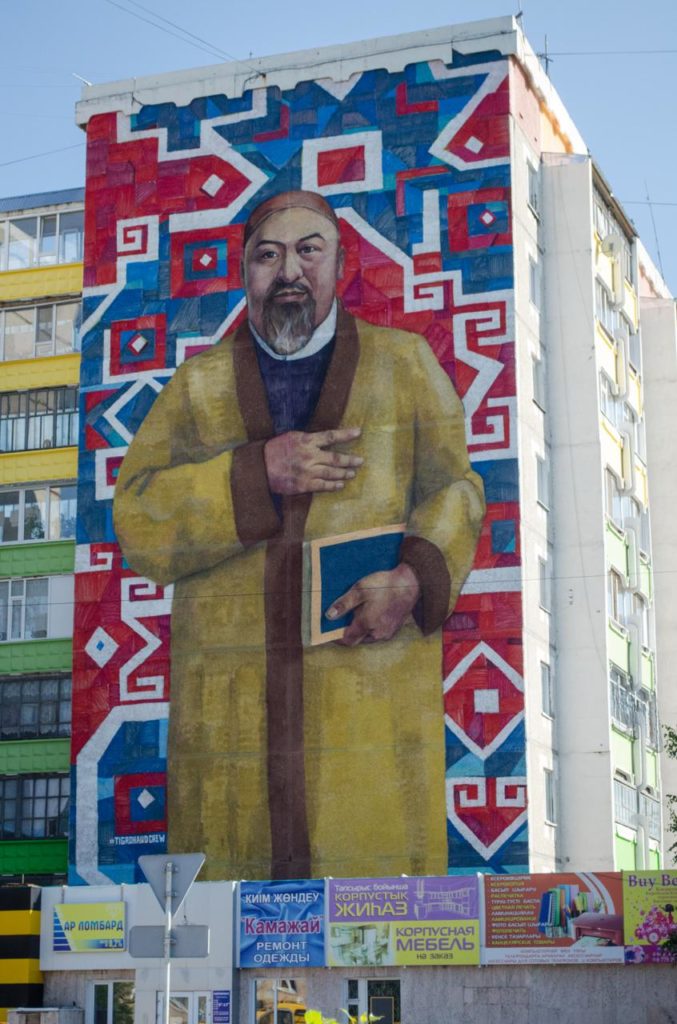 One of the pair’s recent works is a mural in the capital dedicated to Qurmangazy Saǵyrbaiuly, a Kazakh composer, instrumentalist and folk artist.

“I painted a modern image of Qurmangazy. As far as I know, there are no reliable photographs of him. They are drawn from stories… Then why not create his modern portrait. The result was a geometric and monumental work,” he said.

The team creates complimentary murals as part of street art festivals and commercial ones, such as the work for a photo studio in Almaty.

“Young people found us and offered to paint the studio building’s wall, saying they will buy paint for us.  We decided to help, experiment and paint something interesting. The mural is a portrait of a boy by Zakir. He had portraits (in the past) of people with realistic style head and small body with gloves. I created the background in wild style graffiti,” said Tanayev. 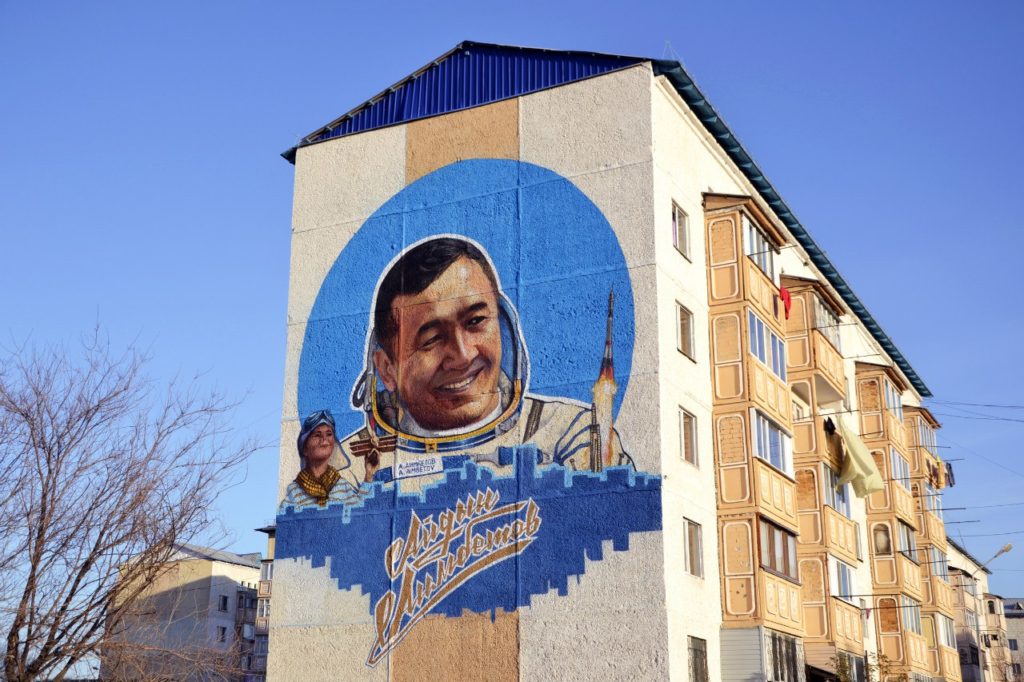 Mural with a portrait of Aidyn Aimbetov in Taldykorgan. Photo credit: Yerzhan Tanayev.

“In the work process, many passers-by stopped and said that Konayev was a great man. Even an elderly lady came up and said she had personally seen him and described what a wonderful person he was,” he said.

The artists’ works can be found on their Instagram pages @zakir_tigrohaud and @tanai_tigrohaud as well as at behance.net/ilovetig