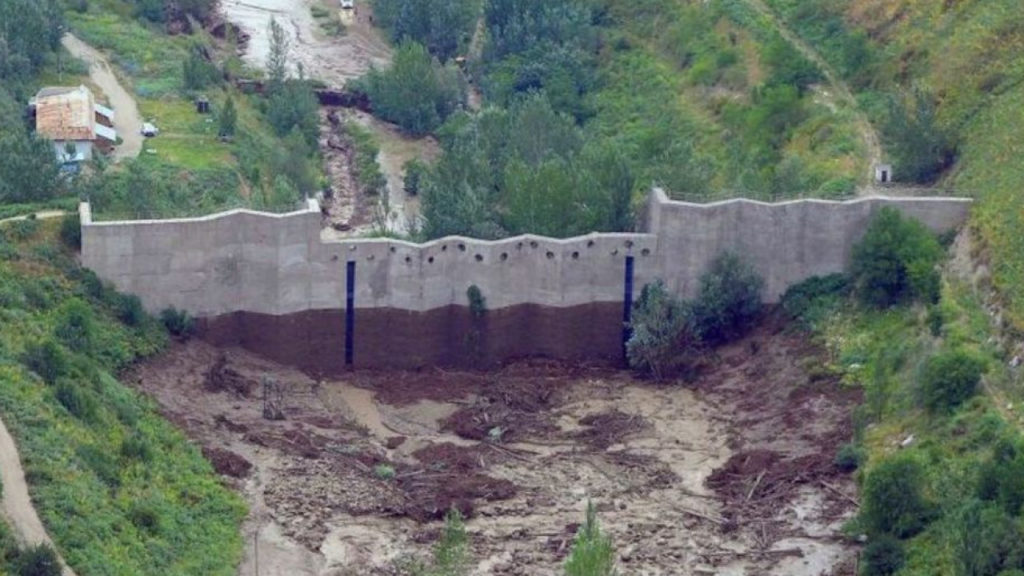 The mudflow risk was in the Nauryzbay District, near the Kargalinka River. This risk occurred because the water level in the lake located in the district drastically increased, and the dam could have broken down. The district residents were advised to leave the district with their documents, as, even though the threat was not certain, the outcome was unclear at the time of the emergency announcement. However, the mudflow was prevented by the city’s emergency department.

This year, preventive work to control the water level began June 6 before the crisis alert announcement. To do this, six high-performance pumps and siphon threads from plastic pipes were set up by the Emergency Department workers, and the evacuation channel for transiting water drainage was laid with the help of an excavator.

“The sides of KazAviaSpas, the Almaty Rescue Services and the personnel of the National Guard were alerted. All personnel, forces and assets of the Almaty Department of Emergencies were raised for alarm to respond,” said the Emergency Department in a July 14 official statement.

According to the department, 1.6 million cubic metres of water was discharged since the crisis alert announcement. Eight areas prone to flooding in the event of mudflow were identified in advance, and a group of forces and means for emergency response of 216 people and with a total number of 59 pieces of equipment were prepared.

“At this moment, water was squeezed out of the lake, a critical water discharge in the Kargaly riverbed is not observed. In general, the Kargaly riverbed is stable and can pass up to 20 cubic metres per second (the current flow rate is at 3.6 cubic metres). The situation is stable, under control, there is no reason to panic,” said the emergency department official statement.