By Dilshat Zhussupova in Sports on 3 July 2019

NUR-SULTAN – Kazakhstan’s Yulia Putintseva, ranked 39th by the World Tennis Association (WTA), defeated world number two player and U.S. and Australian Open champion Naomi Osaka of Japan, 7-6, 6-2, in the first round at Wimbledon. She advanced to the second round, where she will face Viktorija Golubic of Switzerland (WTA rank 81) on July 3. 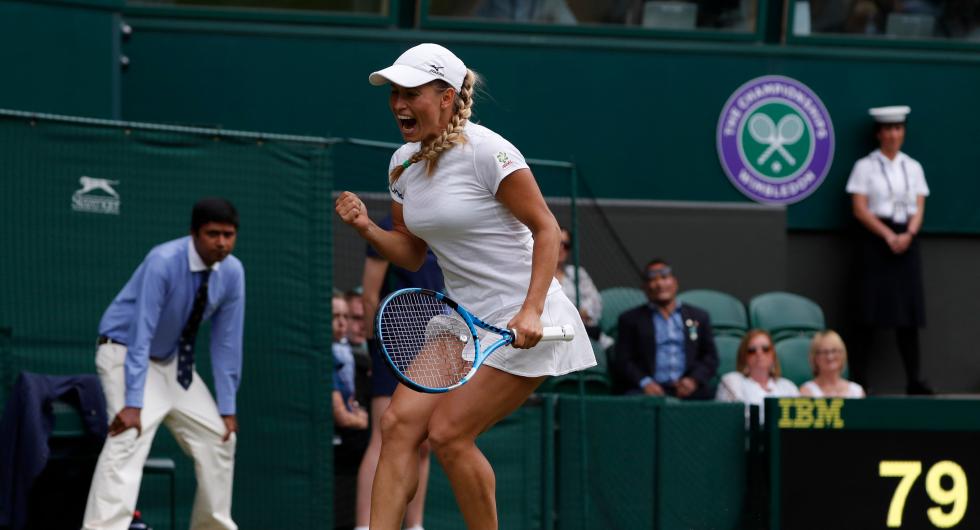 “I was trying to concentrate on each and every point, especially when I was returning,” said Putintseva in her post-match press conference, reported Wtatennis.com. “It was a very tough match, especially mentally, because she (Osaka) is always pressing, pressing, pressing. You have to stay cool.”

“Honestly, I think I was able to keep my concentration up high in all these three matches,” she said. “I was trying to make it as uncomfortable for her as possible. That’s the only thing.”

Osaka was mostly speechless during her press conference.

“There are answers to questions that you guys ask that I still have not figured out yet,” she said.

“In all, the unseeded 24-year-old played a clean match from start to finish, balancing 15 winners to just seven unforced errors as she converted three of seven breakpoint opportunities in total. While Osaka managed 34 winners of her own, 37 unforced errors ultimately undid her aggressive game plan and ended her fortnight at SW19,” reported Wtatennis.com in its assessment of the match.

Even though Putintseva’s favourite surface is clay, she found playing on grass “a great experience.”

“I remember how much I hated grass courts. With my coach, I was fighting. I was saying that I do not want to play here. I used to play more on clay courts, where it is more spin, dropshots and serve kick,” she said.

Putintseva won her first WTA singles title May 25 at the Nuremburg Cup. If she wins her match against Golubic, it will be her first time advancing to Wimbledon’s third round.