By Nazira Kozhanova in International on 15 July 2019

NUR-SULTAN –The United Nations Regional Centre for Peace and Disarmament in Asia and the Pacific (UNRCPD) and the Kazakh Government hosted July 3-4 in Nur-Sultan the Arms Trade Treaty (ATT) workshop for Central Asia and Mongolia. 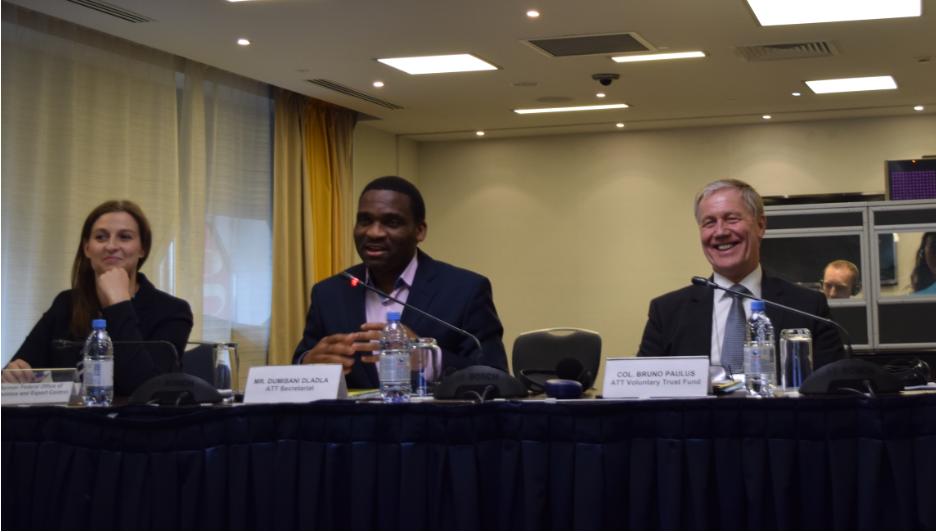 The workshop sought to promote the universalisation and implementation of the treaty and to expand its membership in Central Asia and Mongolia. Asia is the priority region for treaty expansion.

Workshop participants discussed the benefits of being parties to the ATT and how being a party to the ATT affects other commitments. The sessions also discussed the particularities of joining the treaty as a Central Asian state.

The state delegations addressed issues, such as building the state capacity to make active treaty implementation possible, incorporating the treaty within the state legislature and the lack of international treaty enforcement. ATT and UNRCPD representatives addressed the questions and said the treaty can help build state capacity.

The regional workshop involved government officials from ministries, such as foreign affairs, defence, economy and justice as well as export control agencies, with experts from the ATT Secretariat, UNRCPD and non-governmental organisations. Representatives of Kyrgyzstan, Uzbekistan, Tajikistan and Mongolia discussed the possibility of signing the treaty.

The ATT entered into force on Dec. 24, 2014, regulating international trade in conventional arms. Currently, the treaty has 104 States Parties and 33 signatories that are not yet states parties. However, the participation of countries from the Asia and the Pacific region in the treaty is low, with only 12 states parties and 14 other signatories. Kazakhstan ratified the treaty Oct. 12, 2017.