Top female boxer, promoter of the sport is among Kazakhstan’s 100 New Faces

By Aidana Yergaliyeva in Sports on 12 July 2019

NUR-SULTAN – World boxing champion and Kazakh Honourary Master of Sports Dina Zholaman is among Kazakhstan’s 100 New Faces. She promotes women’s boxing and brings boxing victories to Kazakhstan as a result of her dedication and two-three times per day trainings year round. 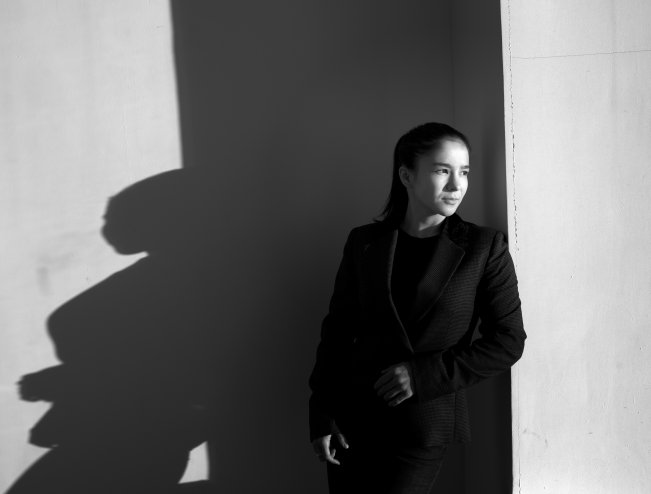 The 100 new faces programme is a national project to highlight the stories of inspirational Kazakhs across the country from many walks of life.

“I grew up without a father. I was raised by my mother. I had to be strong, to stand up for myself. I have always been spiritual and had a fighting spirit… Boxing immediately attracted me. At that time, I also liked the Xena the Warrior Princess series. I also wanted to be such a warrior woman. I think boxing just personifies this fighting spirit, strength, courage,” Zholaman told prosports.kz.

She lived in the small Kazakh village Zhaksy in the Akmola Region with deep-rooted social bias that boxing was only for boys. At first, the young athlete faced resistance to her hobby, but her strong will and passion for boxing helped her to go along with it.

“My mom was at first against my hobbies. She even asked my coach to kick me out of the room. But when I won the championship of Kazakhstan,… she got used to my love of boxing, (and she) became my main fan. If possible, she goes to my competitions, supports me. For example, last year my mother, grandfathers and little sister came to the World Cup in India, rooted for our team. My family is proud of me,” said Zholaman.

In 2014, after seven years of winning medals and titles in Kazakh Championships, she participated in the World Championship in North Korea. She took fifth place and was awarded the title of Master of Sports of international class.

In 2016, having won the championship of Kazakhstan, she had the opportunity to again participate in the World Boxing Championship among Women in 2016 in the Kazakh capital. At this World Championship, she has four fights and became the second world boxing champion among women in Kazakhstan.

“I think that women’s boxing in Kazakhstan has a great future. Especially after the successful performance of our team at the home world championship in 2016. I still remember with pleasant emotions how the fans supported us in Astana. We love our job. There is nothing terrible and bad in women’s boxing. This is a beautiful sport. Our girls are great at boxing at the world level,” she told sports.kz.