By Aidana Yergaliyeva in Nation on 30 July 2019 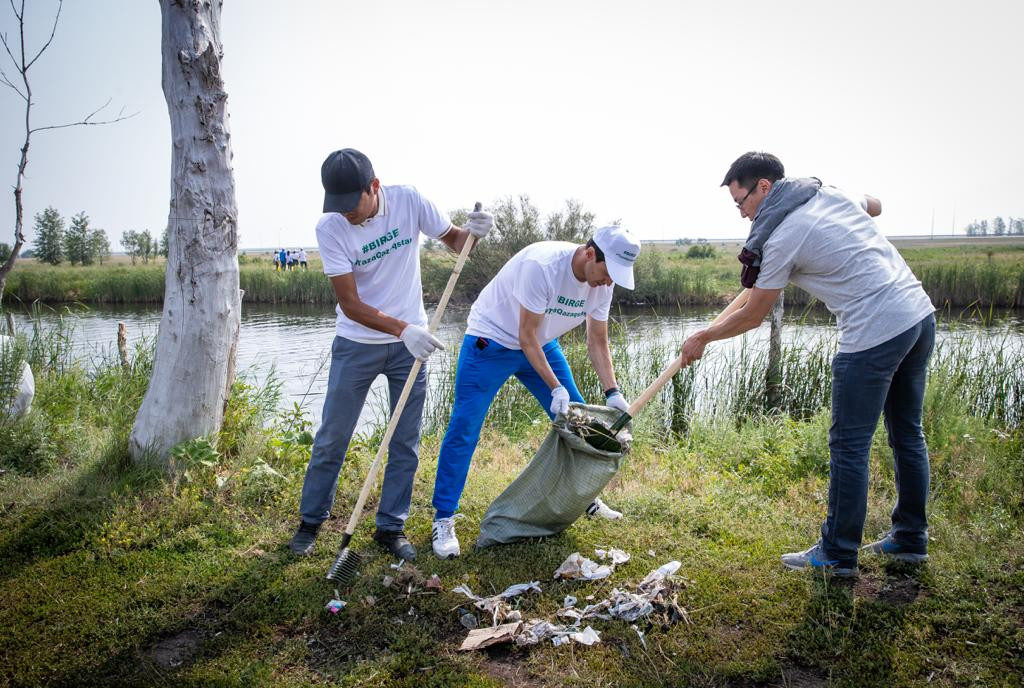 Approximately 197,000 people participated in the clean-up that rallied under the Twitter hashtags #Birge #TazaQazaqstan (#Together #CleanKazakhstan).

“I sincerely thank everyone who participated in the #Birge #TazaQazaqstan environmental clean-up campaign! The action should not be a one-off. I urge everyone to follow this tradition further to inculcate a culture of separate garbage collection to their compatriots,” said the minister.

The Karaganda Region collected the most trash at 4,110 tonnes, followed by the Kyzylorda Region at 4,106 and the Akmola Region at 1,885.

“Last week this campaign was initiated by our government, now it is a large-scale national campaign #Birge #TazaQazaqstan. I think it is a very wonderful start,” said Nur-Sultan Akim (Mayor) Altay Kulginov, reports the capital akimat (administration) press service. 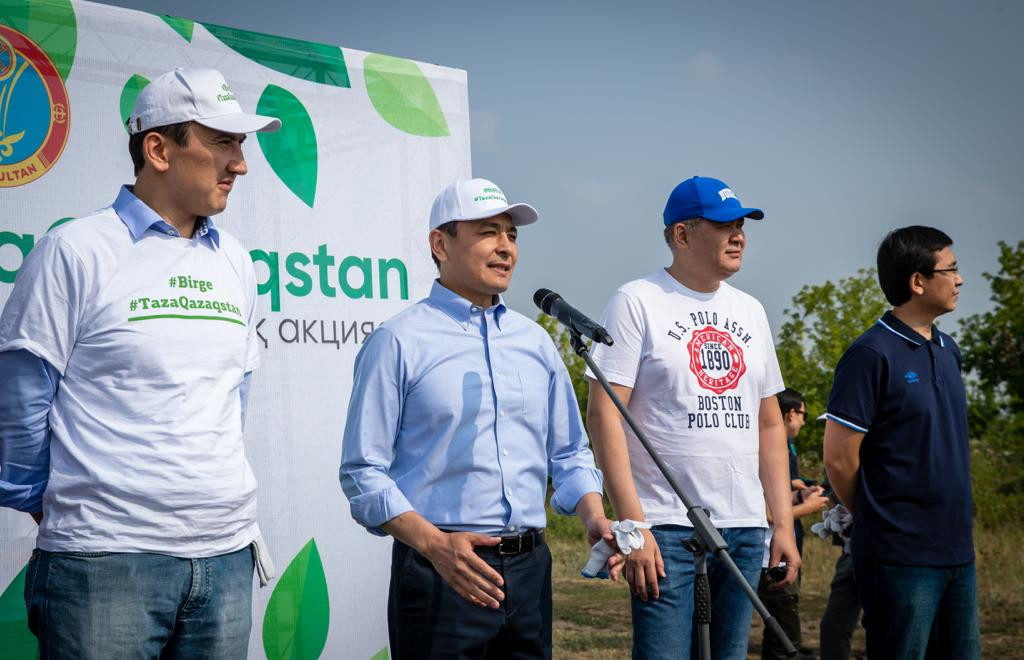 More than 5,000 Nur-Sultan residents collected more than 16 tonnes of garbage on the shores of Lake Maibalyk, the coastal territory of the Vyacheslav reservoir and along the banks of the Karasu and Yessil rivers.

“Despite the fact that today is a day off, many people have come to support the eco-campaign and help clean up debris from the territories. Thank you for not being indifferent. We need to protect our nature. We love to relax in the fresh air; likewise, we have to love to clean up after ourselves. Cleanliness must begin with oneself,” said Kulginov during the July 27 clean-up in Nur-Sultan. 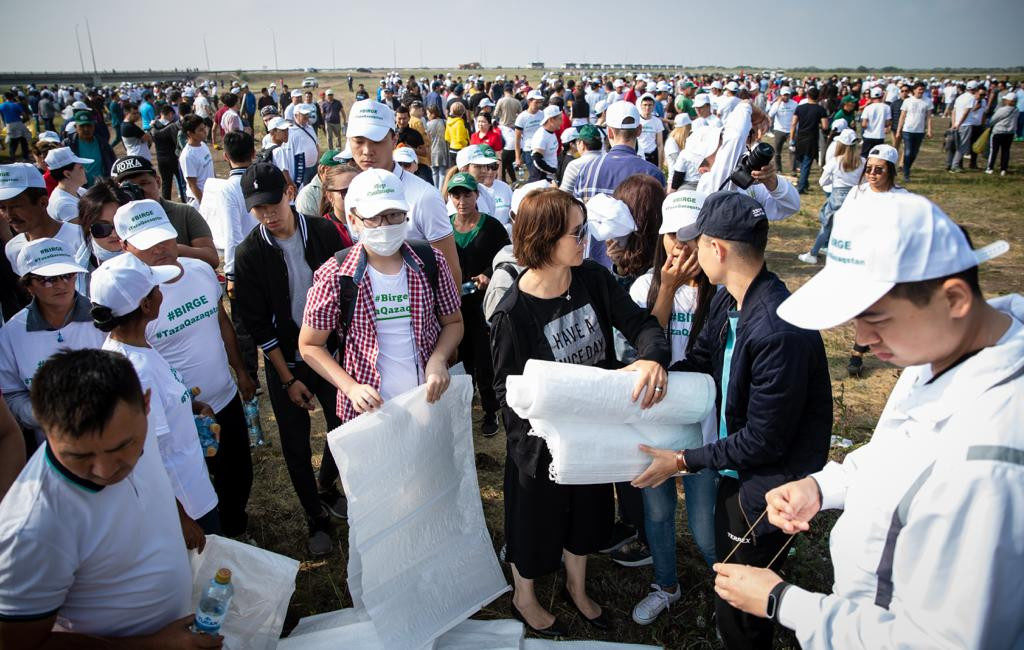 Among participants were representatives of state and public organisations, students, volunteers, public figures, government members and the capital akimat employees.

“It’s great that most people take part in the clean-up event. Especially that there are many young people. This shows our unity and solidarity,” said Minister of Labour and Social Protection Berdibek Saparbayev.

“This gives an opportunity to unite, do one thing. I think this is great! More of these campaigns together we will keep the cleanliness and ecology of our city. We’ll start here, then more and more,” said participant Chingiz Albekov.

“We strongly support the eco-challenge movement that has spread throughout the country at the initiative of the government and civil society. Turn the country into a territory of cleanliness. Bіrge – Taza Kazakhstan! Well done volunteers!” Tokayev said July 25 via Twitter.