By Aidana Yergaliyeva in People on 29 July 2019 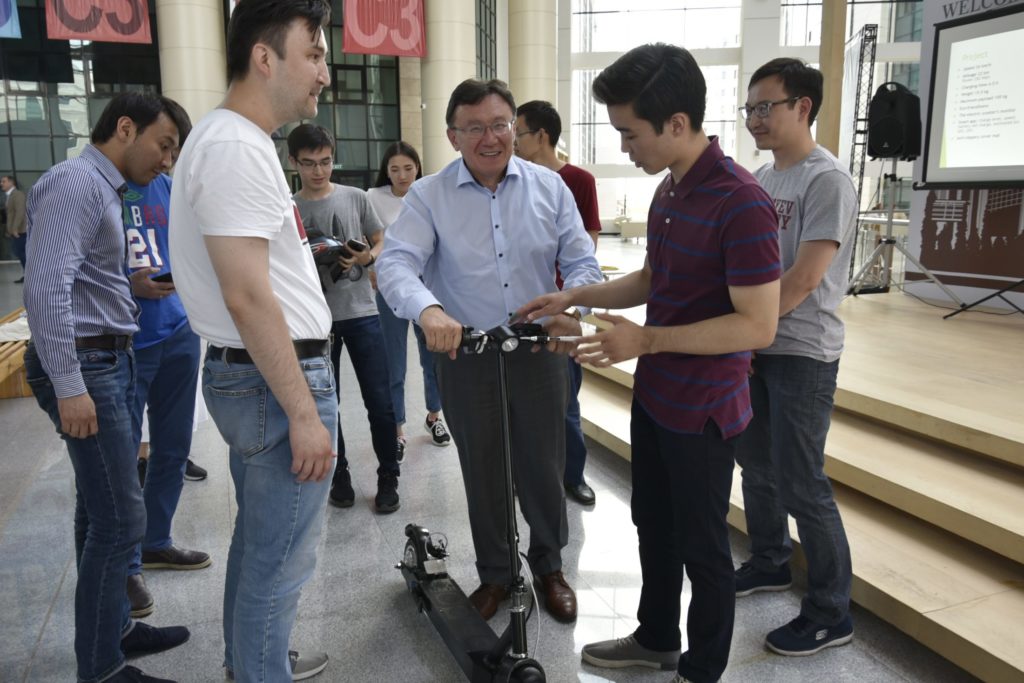 The team of NU sophomores with diverse engineering, natural and social sciences backgrounds worked on the project for four months.

“In mid-April, we gathered a team of four students of different majors. Then, we began to get acquainted with the capabilities of the experimental Machine Shop and consulted for the first time with the engineers of the digital prototyping lab FAB LAB. After that, we energetically mastered all the equipment needed to assemble the scooter – hand tools, laser machine, 3D printer and many others,” said team leader Baimukhan. 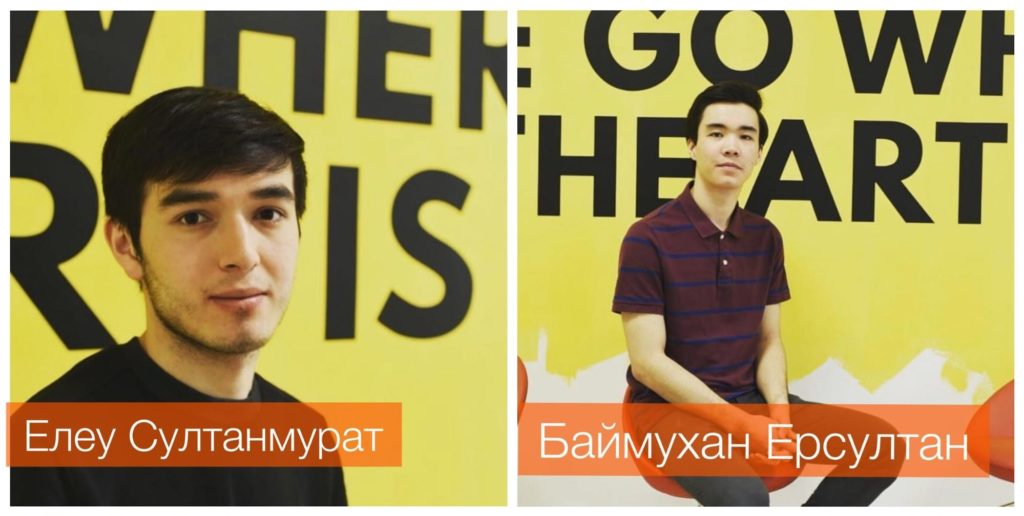 The students designed the technical characteristics by taking their inspiration from major electric scooter manufacturers. The collapsible device with concealed wires can reach 25 kilometres per hour and the rider can monitor the speed and battery using a Smart App mobile application.

The young developers tested 120 prototypes. They plan to refine the design for the consumer market and make a number of scooters for sale. 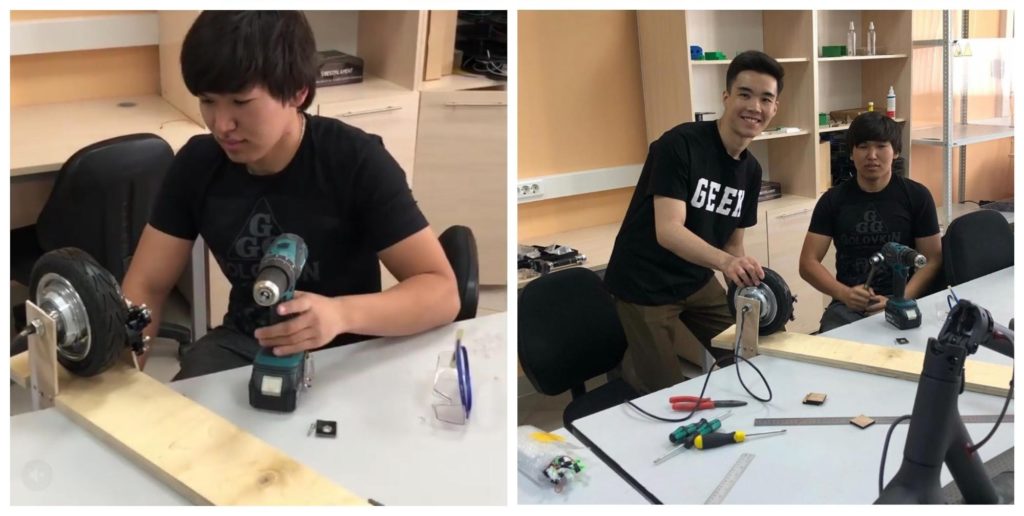 “Each part of the scooter we did at least twice; the steering part, namely the fork, was modified four times. In the first version it was rough; we got it into shape. We ourselves did the metalworking, cut out metal plates, made all sorts of manipulations. We tested four different models and ended up with a more oval-shaped, streamlined and ergonomic front fork. It is this scooter that was assembled for competing in contests, not for sale. We will continue to refine the design and technical part, but, first, we already have plans to make a series of 100 scooters for sale,” said Baimukhan.

The team conducted a survey with approximately 700 respondents, predominantly aged 17-23, that demonstrated the demand for such a product.

“According to the results of the survey, most of the respondents do not have an electric scooter, but would like to buy one to use daily,” said Kalmanbaeva. 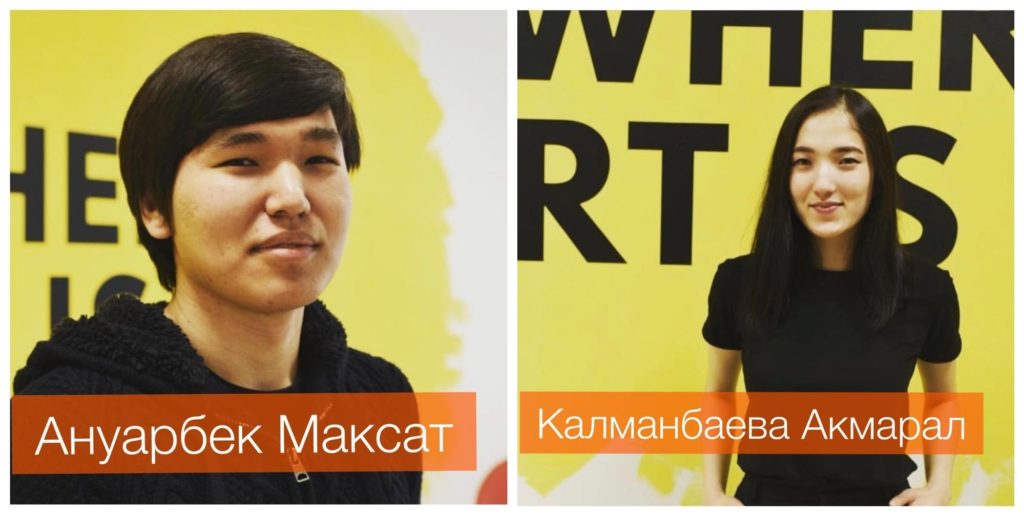 Their analysis of similar scooters available through online stores showed sales increased 70 percent in 2018. The trend could continue to gain momentum, as consumers may want to drive cars less.

The team is continuing to develop SteelG and plans to participate in the four-month programme sponsored by NURIS Business Incubator that supports innovative start-ups in their early stages. They will also look for new team members with 3D modelling, engineering and critical thinking skills.

Recently, the team participated in the Castelloli Smart Scooter Challenge in Spain. The international competition invited teams to present their engineering developments, conduct market analysis and outline business plans assessing the potential launch of their machines in terms of production, price, dealers, markets and other factors.