NUR-SULTAN – The North Kazakhstan Region will allocate 200 million tenge (US$525,240) next year to develop youth entrepreneurship. 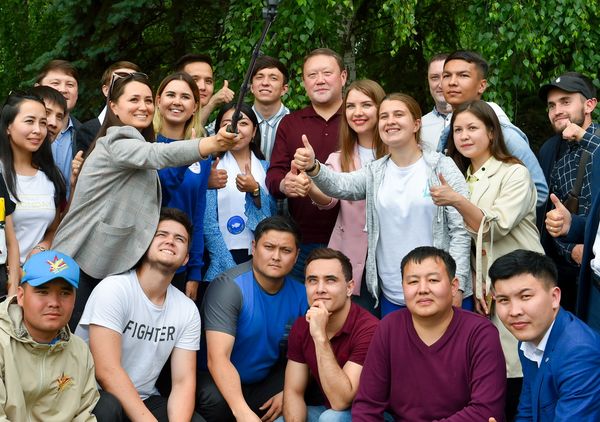 One in five Kazakh citizens is a member of the younger generation and supporting them is among the nation’s priorities. Approximately 2.3 million live in cities, 1.7 million in rural areas.

“With the Damu Business Development Fund, we need to increase the financing of youth entrepreneurship. We are ready to allocate 200 million tenge (US$525,240) next year,” he said.

He encouraged young people to conduct business in the economy of simple things.

“We need to involve businesspeople to train young people. I call on all heads of educational institutions to organise pitch events. Young people will come there with a business idea and businesspeople will get their projects for joint implementation,” he added.

“In many countries around the world, volunteering is considered as a plus in getting a job or enrolling in a university. Our young people are taking an active part in society,” he said.

Students should also use opportunities to implement projects during their studies. The region will start constructing an education and lab campus that will be equipped with modern technologies.

“All the best technologies from across the world will be here. We need to incorporate practices such as when a student works on a concrete scientific project with his or her professors and turns it into production. They will defend their project with a diploma,” he said.

In 2018, the region launched Jas Project (Young Project), where 67 proposals received grants totalling one million tenge (US$2,626) and 236 individuals completed business basics courses. More than 118 million tenge (US$309,891) came into the region through grants and scholarships.

During the three-year period, the initiative will train more than 60,000 young people in the basics of entrepreneurship and another 180,000 will be prepared through a university or vocational education institution.