By Aidana Yergaliyeva in International on 25 July 2019

NUR-SULTAN – Kazakh Prime Minister Askar Mamin and his Uzbek counterpart Abdulla Aripov opened Beineu-Akzhigit international highway July 17 in the Mangystau Region on the border with Uzbekistan. The highway will boost freight traffic from 1,000 to 7,000 vehicles per day and their speed from 50 to 100 kilometres per hour. 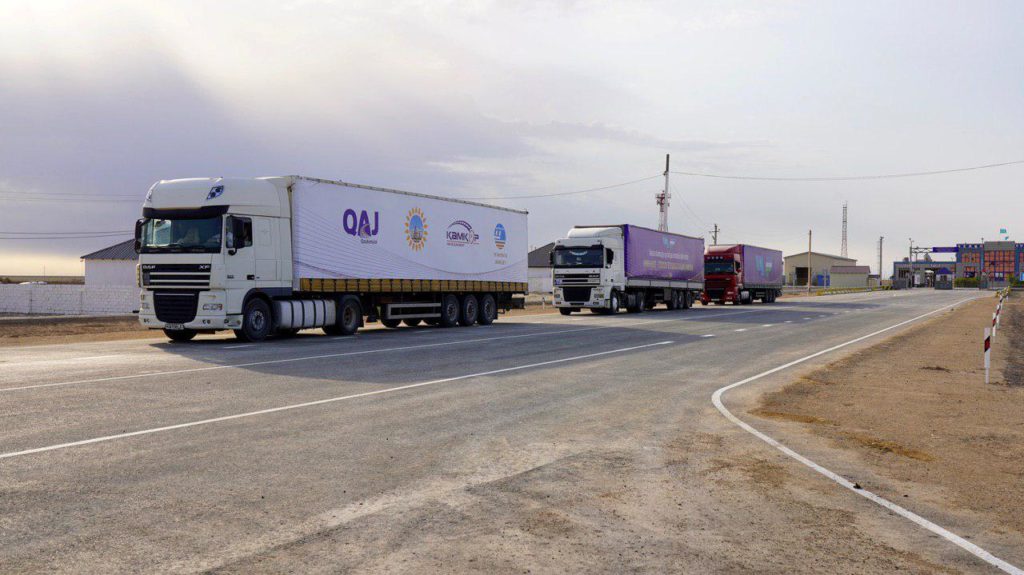 The route will provide shorter and more unimpeded access of Uzbek goods to Russia and the countries of the Caucasus through Kazakh seaports and highways. It is a part of the Tashkent – Beineu – Atyrau – Astrakhan international transit and transport corridor that opens access to the Caspian Region and European countries.

The 85-kilometre road starts on the border with Uzbekistan, then travels through Beineu village. An important transport infrastructure facility allows cargo traffic to pass from Kuryk international seaport in Aktau to other countries.

“The successful implementation of this project under the Nurly Zhol state programme will give a new impulse to the Silk Road trade flows and the development of our entire region,” said Aripov. “This highway is of paramount importance for further activation of trade and economic relations between Kazakhstan and Uzbekistan.” 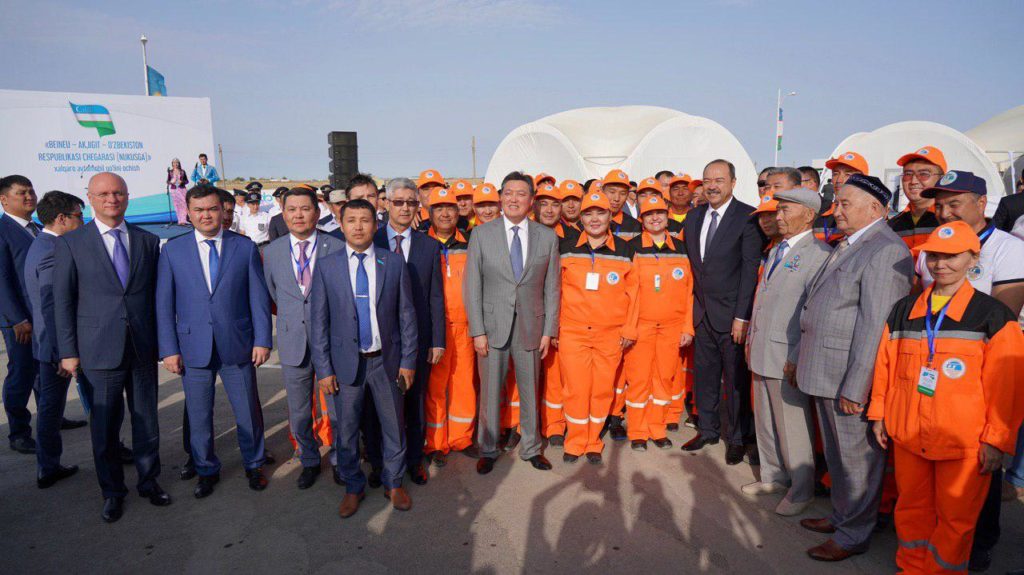 “Kazakhstan and Uzbekistan are strategic partners. We are doing everything necessary for the rapprochement of our countries, for the rapprochement of our fraternal peoples. I want to emphasise that in recent years, relations between Kazakhstan and Uzbekistan have reached a qualitatively new level and have acquired a steady positive dynamic,” he added.

Bilateral trade, which reached $3 billion in 2018, has grown 25 percent since the beginning of the year.

Mamin noted it was symbolic that the project launched as part of The Year of Kazakhstan in Uzbekistan. Kazakh President Kassym-Jomart Tokayev attended the ceremony’s opening event and his April visit to Uzbekistan provided additional impetus in developing bilateral cooperation.

During his trip to Aktau, Mamin reviewed innovative industrial enterprises in the region. He checked a project on recultivating the Koshkar-Ata uranium-containing chemical waste storage facility and renewable energy facilities.

The region has begun construction of solar and wind power plants with a total capacity of 50.6MW. Local authorities expect the 147.6MW renewable energy sources will operate by 2021.

Mamin also visited the construction sites of the 800-bed hotel complex on the Caspian Sea coast and 9,500-square metre cultural centre honouring contemporary Kazakh writer Abish Kekilbayev. The projects will be commissioned by the end of 2020.

While at the Caspian desalination plant, Mamin examined a report on its second stage of modernisation, which will allow producing 40,000 cubic metres of drinking water per day for the residents of Karakiyanski, Munayli and Tupkaragan districts.

He surveyed new oil field production and service facilities at Schlumberger Aktau Megabase. The company currently covers the needs of most Kazakh customers.

Mamin also visited the Caspi Bitumen, CITIC Kazakhstan and KazMunayGas joint venture, which produces high quality road bitumen. The company, which manufactured 37 percent of all Kazakh road bitumen in 2018, can process up to one million tonnes of tarry oil and produce up to 520,000 tonnes of various-grade bitumen per annum.