By Aidana Yergaliyeva in People on 31 July 2019 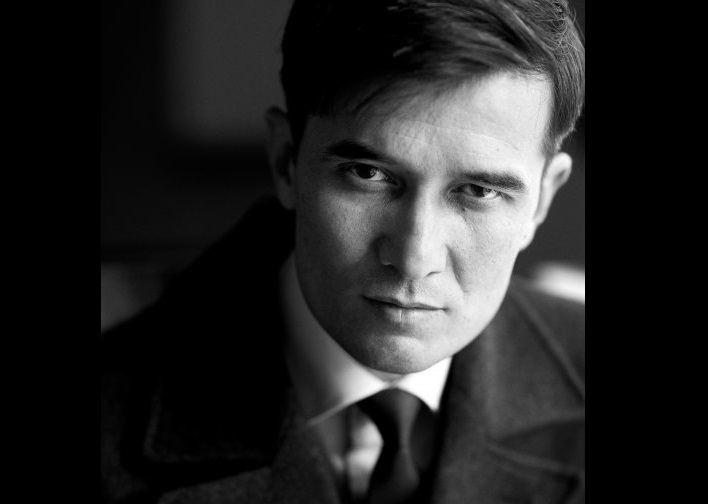 Born in the Zhambyl Region in 1978 to the family of an Afghan war participant and an accountant, no one could have anticipated Baktygerey’s musical inclinations and talents.

“There were no musicians in our family. Only in childhood, when I went to visit my uncle, he noticed my ear for music and interest in music. It was at that moment that [my] life turned its face to art,” he told 100esim.rukh.kz.

Baktygerey attended Zhubanova National Music School, later graduating from Kurmangazy Almaty State Conservatory. He then received an offer to be a part of an orchestra in Astana (now Nur-Sultan).

“I wrote a lot and orchestrated kuis (instrumental compositions) for the orchestra of Kazakh folk instruments, folk songs and classical works,” he said.

In 2001, he was named laureate of the first Kazhgaliyev National Conductors Contest.

“This was truly a huge impetus for my career to become a professional conductor. Most interestingly, there was no age limit at the competition. That is, I had to compete with my teachers, who are much stronger and better than me,” he said.

Baktygerey’s participation in the competition opened many doors. He subsequently received a mentorship invitation from Fuat Mansurov, chief conductor and artistic director of the Tatarstan Symphony Orchestra; conductor of the Bolshoi Theatre of Russia; people’s artist of Kazakhstan, Russia and Tatarstan; academician and professor.

“Being his student was not easy. Fuat Mansurov was a truly unique person. In one person, there were many things combined. He was a master of sports in mountaineering, a mathematician, he knew eight languages ​​perfectly and so on. It was a big school for me. I also owe my achievements to the Bolashak Scholarship Programme,” he said.

Baktygerey worked at the Karaganda Symphony Orchestra in 2008. From 2013-2015, he served as the chief conductor and artistic director of the Astana Academic Philharmonic symphony.

“I toured a lot, performed in large venues with world stars and also put on a concert performance of two operas, ‘Golden Mountains’ by Nurgisa Tlendiyev and ‘Alpamys’ by Yerkegali Rakhmadiyev. In addition, I organised a concert with the TURKSOY international organisation dedicated to composers of the Turkic world,” he said.

In 2015, he returned to Karaganda for health and family matters.

“Since I am a father of many children – I have seven children – I decided to take up their upbringing and started my own business. Now, I have my own small bakery; it employs four people. In addition, I am engaged in needlework with a team of 15 craftspeople. We sew bags of leather and suede with Kazakh ornaments. In this way, I have smoothly moved from art to business,” said Baktygerey.

“I hope in the future I will return to the stage to please my listeners with new achievements!” he added.