By Dilshat Zhussupova in Tourism on 18 July 2019 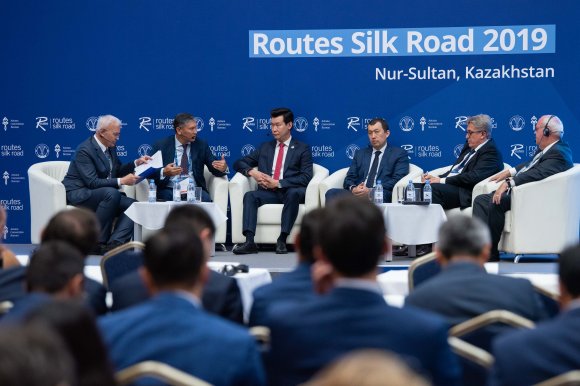 “For Nursultan Nazarbayev Airport, the international exhibition Routes Silk Road 2019 is a significant event. The conference will give us an excellent opportunity to declare ourselves as a high-level airport, present a new passenger terminal and discuss the development of new and existing destinations,” said Nursultan Nazarbayev International Airport Chief Executive Officer Radilbek Adimolda.

“We recently launched direct flights to Ulaanbaatar and Tokyo. We are planning to launch flights to New York, Singapore and Shanghai. We have worked throughout 98 international routes. I know that there are many heads of airlines that would like to work in Kazakhstan, and we are open to cooperation,” said Kazakh Vice Minister of Industry and Infrastructure Development Berik Kamaliyev.