Kazakhstan, Kyrgyzstan agree to bring trade turnover by $1 billion in 2020

NUR-SULTAN – Kazakhstan and Kyrgyzstan agreed to bring their trade to $1 billion in 2020 during the recent visit of Kazakh Prime Minister Askar Mamin to Bishkek and his meeting with Kyrgyz President Sooronbay Jeenbekov. 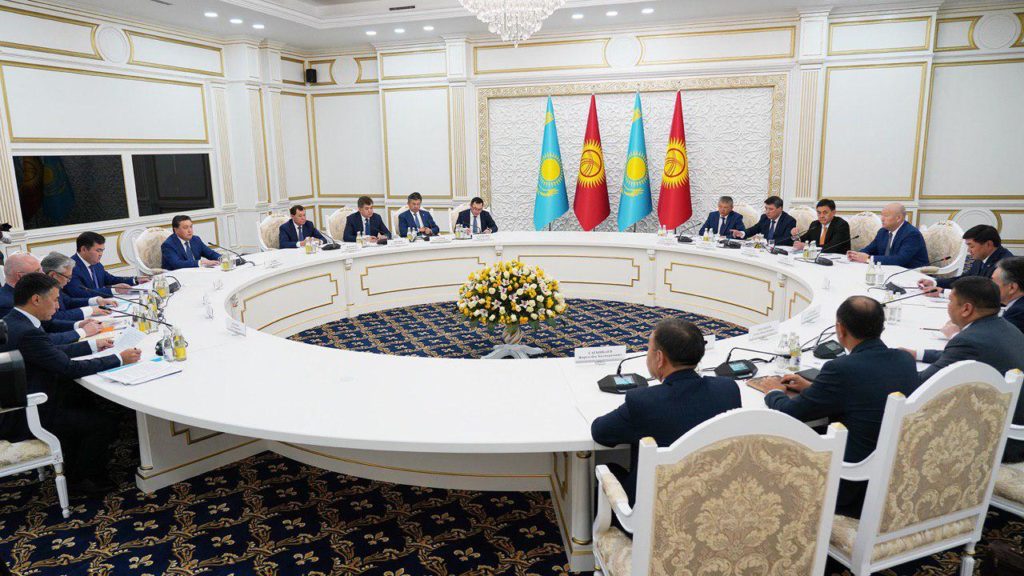 In Bishkek, Mamin also addressed the eighth meeting of the Kazakh-Kyrgyz Intergovernmental Council.

The meeting participants identified areas for cooperation and reaffirmed the commitment to forge trade and economic cooperation. Cooperation in industry and investments, water and energy sectors, strengthening trans-border cooperation, digitisation and space projects were also on the agenda.

“Last year, we witnessed trade growth, but, at the same time, we believe the potential is much higher and, on our behalf, we are ready to address all issues and the ones that require the adoption of documents. Kazakhstan is determined to settle all issues on our bilateral agenda,” said Mamin.

“We have all the conditions to tap into the existing potential to significantly increase the trade turnover. The decisions we have made here at the intergovernmental council meeting will make a sizeable contribution to furthering our cooperation and will give a serious boost to the development of economic cooperation,” said Mamin.

The decisions included expanding the range of goods traded between the countries and intensifying efforts to set up joint companies in priority sectors of the economy.

Kyrgyz Prime Minister Mukhammedkalyi Abylgaziev described the bilateral ties as “fraternal and strategic” and noted strengthening them is a priority of Kyrgyzstan’s foreign policy.

“Kyrgyz and Kazakh relations are developing smoothly and well. We maintain an active political and economic dialogue. We have contacts at all levels which undoubtedly enriches our partnership. This year, our presidents met twice, where they confirmed their determination to strengthen traditions of friendship, fraternity, alliance and allied partnership,” said Abylgaziev.

More than 11 percent of the Kyrgyz trade is occurring with Kazakhstan, he added.

The sides also agreed to liberalise freight movement for Kyrgyz freights heading to other countries through Kazakhstan.

“We also agreed on the passage of cargo vehicles and goods through the Karkyra highway checkpoint and the opening of the Kichi-Kapka checkpoint in the Talas region next year. We discussed infrastructure projects such as the construction of the Cholpon-Ata-Almaty highway, water reservoirs on the Aspara River and the Chu Canal 2,” said Abylgaziyev.

Mamin also noted the significant potential in regional trade and emphasised the need to consolidate the countries’ efforts to attract investments in Central Asia. Supporting small- and medium-sized businesses and improving business climate, he noted, can help achieve the goal.

“We have the Eurasian Economic Union, where we cooperate in multilateral format and we need to say that we find common ground and understanding in all aspects of bilateral and multilateral cooperation,” he said.