By Elya Altynsarina in International on 11 July 2019

NUR-SULTAN – Minister of Foreign Affairs of Kazakhstan Beibut Atamkulov briefed participants of a July 8-9 informal Organisation for Security and Cooperation in Europe (OSCE) ministerial gathering in the High Tatras, Slovakia on the Kazakh initiative to establish an OSCE thematic centre on sustainable connectivity in Nur-Sultan and ways to improve the organisation. 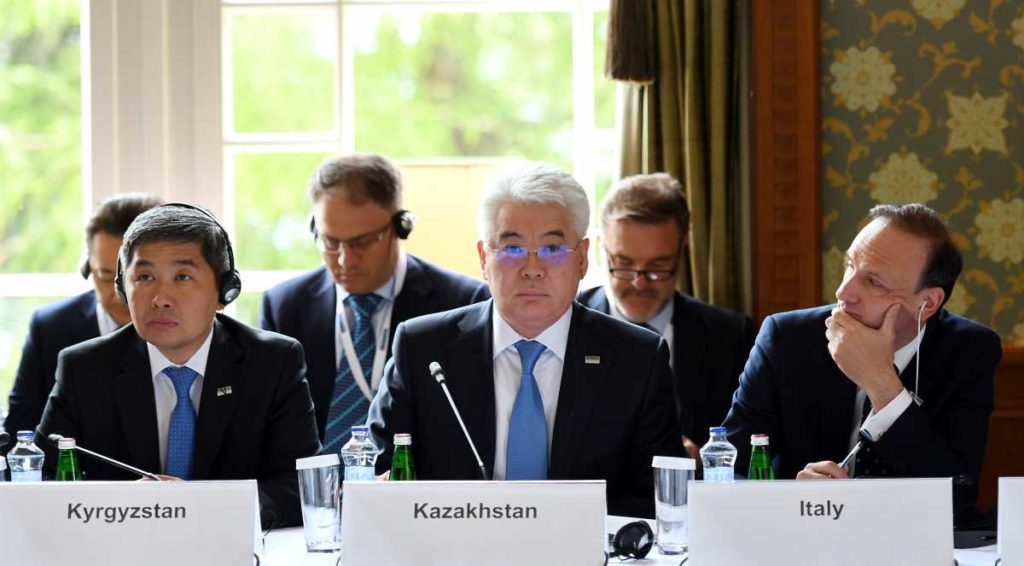 The ministerial titled “From past action to future prevention: the OSCE’s niche in fostering stability in Europe and beyond” looked at ways to improve the organisation and prevent conflicts in the OSCE area of responsibility.

The OSCE thematic centre in Nur-Sultan proposed by Kazakhstan would research connectivity in its broad interpretation.

The country believes the initiative would improve OSCE participating state economies and environmental protections, increase credibility and balance the geographical representation of its institutions.

“We all see that the organisation area experiences a loss of mutual trust, an escalation of tension and aggravation of serious differences. The number of so-called frozen or protracted conflicts has rather increased over this period… In this situation, a global dialogue is needed in order to achieve a strategic balance in the world,” said Atamkulov, presenting the key tenets of the initiative of Kazakhstan’s First President Nursultan Nazarbayev on the “Three Dialogues” and outlining Kazakhstan’s vision on dealing with a rapidly changing international landscape.

The “second dialogue” implies combining the capabilities of the OSCE and the Conference on Interaction and Confidence Building Measures in Asia (CICA) to solve security issues in Eurasia.

“Kazakhstan has put forward an initiative to create an OSCE thematic centre to substantively study the full use of the second basket for conflict prevention, sustainable connectivity issues, as well as analytical and research work, including good governance, green economy, development of new technologies, disaster prevention, energy security, and trade promotion throughout the OSCE area,” the head of the Kazakh delegation said referring to the second, economic and environmental dimension, or basket, of the OSCE.

Kazakhstan has also proposed holding a conference in Kazakhstan in 2020 dedicated to the 45th anniversary of the OSCE, to renew the participating states’ commitment to the fundamental principles of the organisation and discuss its development toward its 50th anniversary in 2025.

Kazakhstan has also offered to host in Nur-Sultan a special meeting on Afghanistan in the autumn coinciding with the planned visit of the permanent representatives of OSCE participating states to Kazakhstan. Kazakhstan has supported the resolution of the situation in Afghanistan by non-military methods.

In his remarks to the gathering, Atamkulov also praised Slovakia’s chairmanship of the organisation.

“We support the priorities set by the Slovak chairmanship for the OSCE and, in turn, we are ready to render any support to the successful fulfilment of the functions of the chairmanship,” he said.

On the sidelines of the ministerial, Atamkulov met with OSCE Secretary General Thomas Greminger to discuss the interaction between Kazakhstan and key OSCE institutions, such as the Office for Democratic Institutions and Human Rights and the OSCE Parliamentary Assembly.

He also met with OSCE Chairperson-in-Office, Minister of Foreign Affairs of the Slovak Republic Miroslav Lajčák and ministers of foreign affairs of Albania, Andorra, Croatia, Hungary, Luxembourg, the Netherlands, Russia, Romania, Spain, among others.