Kazakhstan and India move toward new horizons of cooperation 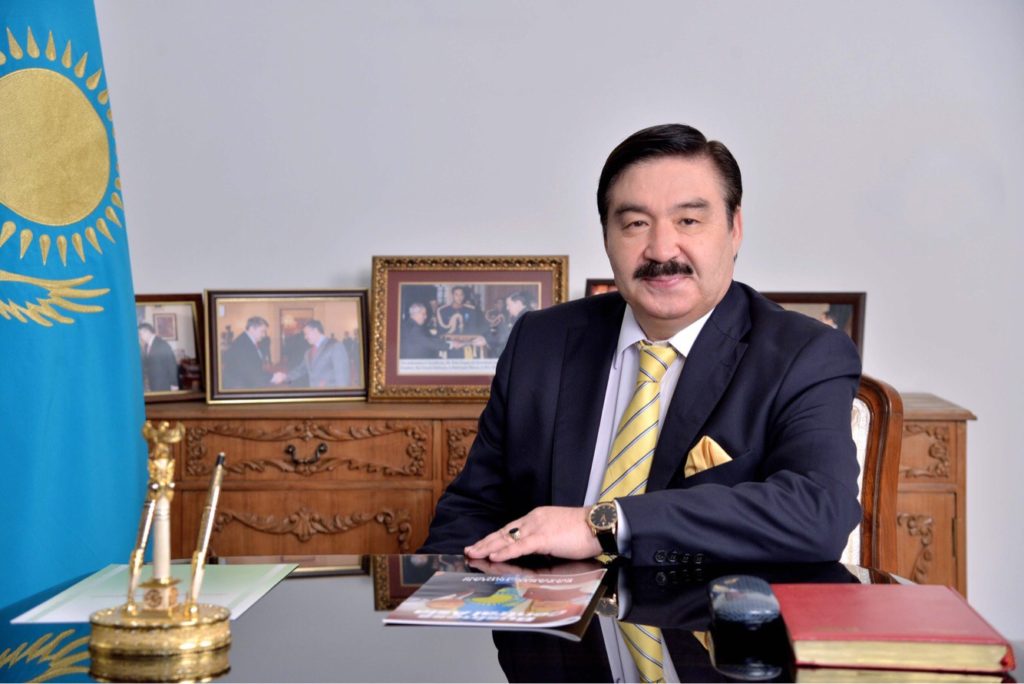 The Indian Government is implementing programmes to stimulate economic development, including improving public administration and national legislation as well as the business and investment climate. Many of the initiatives are similar to Kazakh programmes.

India is at the forefront in financial resources, innovation and scientific and technical development. The country is also a huge export market for foreign goods, as well as a major investor and supplier of advanced technologies, primarily in IT.

India is one Kazakhstan’s key political and economic partners in the region.

Relations between our peoples have ancient roots dating back to when Saka tribes from the territory of modern Kazakhstan established a powerful empire in India.

Some sources attribute the Sak origin to the spiritual teacher and founder of Buddhism, Gautama Buddha, who had the title “Shakyamuni” (Sakyamuni), meaning “the wisest among Shakya (Saka).”

An important person in Indian history is the famous Kazakh statesman of the Middle Ages, the scholar-historian Mohammed Haidar Dulati. In 2018, the Kazakh Embassy in Delhi, with the support of the Archaeological Survey of India, reconstructed his grave in Srinagar city, in the state of Jammu and Kashmir. A placard with information in Urdu and English was installed near the grave.

A significant role in consolidating the Delhi Sultanate established at the beginning of the 13th century was played by the Turkic military-feudal nobility, which originated from Central Asia. The Delhi Sultanate lasted 320 years and was the largest state in North India. One of its founders was Qutb al-Din Aibak, representative of the Mamluk dynasty. Most sources mention Turkestan, a sacred region in Kazakhstan, as his homeland.

Our shared roots are also seen in our languages. Many common words share meanings in the modern Kazakh and Hindi languages. The joint statement signed following Indian Prime Minister Narendra Modi’s 2015 visit to Kazakhstan was called “Tez Kadam,” which in both languages means “Quick Step.”

Indian-Kazakh political contacts were established during First Kazakh President Nursultan Nazarbayev’s 1992 trip to India. It was Nazarbayev’s first foreign visit as President after our independence.

In 2009, Kazakhstan and India signed the Declaration on Strategic Partnership.

Today, Nur-Sultan and Delhi share similar positions on regional and global cooperation and work closely within international and multilateral platforms.

Our cooperation has ensured a high level of trust. An example includes the fact that Kazakhstan’s first participation in a UN peacekeeping mission was deployed in 2018 to Lebanon as part of an Indian battalion.

Additional impetus came during the Indian Prime Minister’s 2017 visit to Kazakhstan for the SCO Summit and the opening of EXPO 2017. Today, cooperation is rapidly developing with a focus on economic diplomacy.

For the first three months of this year, bilateral trade was 35.9 percent higher than the same period last year.

I am convinced we can expand trade. To do so, we must improve delivery methods between our countries. Therefore, the embassy is making every effort to use the Kazakhstan-Turkmenistan-Iran railway (with further destinations at the ports of Bandar Abbas and Chabahar) and then the sea route to India. The reduced time and cost could double or triple trade.

According to the Ministry of National Economy of Kazakhstan, approximately 560 entities with Indian capital are registered in Kazakhstan. More than 200 Indian companies registered in the past two-three years.

Work to expand trade and economic cooperation is carried out jointly with the Kazakh-Indian Business Council. Tengri Bank in Almaty, of which Punjab National Bank is the shareholder, assists Indian companies in Kazakhstan.

Regarding attracting investments, the Kazakh Ministry of Foreign Affairs and other government agencies are building a vertically integrated scheme to attract foreign investors, starting with embassies abroad. This aligns with the new task of the foreign ministry and our embassies to implement economic diplomacy.

Our embassy in India has hired officers responsible for attracting investments and we recently opened a representative office of the Kazakh Invest national company in Delhi.

Our efforts are bringing results. At the end of 2018, the transnational company Chaudhary Group acquired the assets of a noodle production plant in the Turkestan region and are seeking partners in Kazakhstan and 10 regional countries.

Together with Kazakh Invest, we are cooperating with Farm2U, a major Indian farming company interested in developing gardening in Kazakhstan. The Refex group of companies is also expected to soon finalise an agreement on rare earth metals processing and the acquisition of the Drozhilovsky deposit. Additionally, the large energy company NTPC is ready to enter the Kazakh market to implement an alternative energy project with a capacity of over 100 MW.

These are just a selection of projects we are working on.

The embassy also assisted an Indian business delegation’s participation in the Astana Economic Forum. The delegation met with Kazakh Prime Minister Askar Mamin, Ministers of Industry and Infrastructure Development, as well as Digital Development, Innovation and Aerospace Industry, the heads of the National Bank, the Astana International Financial Centre (AIFC), as well as other business and political organisations.

The embassy is also pursuing cooperation in finance, banking and FinTech. In April, presentations on what the AIFC can offer were organised in Delhi and Mumbai.

Great prospects also exist for IT cooperation with India. The launching of telecommunications equipment production by Tejas at the Astana IT hub and cooperation with leading Indian IT company Infosys are being discussed. The space and military sectors could also become priority cooperation areas.

Significant support in expanding this cooperation is provided by the Honorary Kazakh Consulates in India, which operate in Mumbai, Chennai and Gandhinagar. Additional honorary consulates are planned.

In recent years, the numbers of Indian citizens visiting Kazakhstan and Kazakhs traveling to India have increased. Soon we expect Indian low-cost air carriers SpiceJet and IndiGo to launch more flights between Delhi and Almaty and Mumbai and Almaty.

In November-December 2019, President Kassym-Jomart Tokayev is expected to visit India, which will expand cooperation.

The positive state of Kazakh-Indian relations demonstrates that we have chosen the right path for cooperation.

It is a great honour for me as a diplomat representing Kazakhstan in India, a country with one sixth of the global population and deep historical roots and rich culture, to work and live alongside hard-working, sincere and kind-hearted people, and to develop friendship and cooperation between our countries.

The author is the Ambassador of Kazakhstan to India.