By Aidana Yergaliyeva in Nation on 2 July 2019

NUR-SULTAN – More than 40 people received minor injuries after a conflict, 11 a.m., June 29, among Consolidated Contracting Engineering & Procurement S.A.L Offshore (CCEP) workers at the Tengiz oil and gas field in the Zhylyoi district of the Atyrau Region. The Kazakh government and law enforcement agencies promptly reached the site to ensure the safety of all employees. 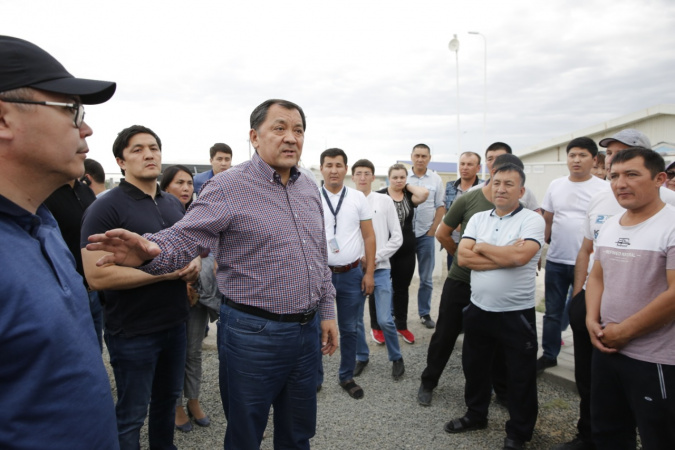 “This problem arose due to different working conditions; it is a systemic issue that needs to be addressed both by TCO management and all contractors. For our part, we are ready to provide maximum support. Investors need to understand that while working in our country, they need to comply with the law and moral and ethical standards that do not offend anyone’s dignity. In the near future, we will hold a meeting with all the project participants, where all the first leaders of the companies will be present. We will solve these issues. One of the main ones is that working conditions should be equal for all,” said Nogayev.

The regional akimat has created an interdepartmental commission headed by Atyrau Region First Deputy Akim Serik Shapkenov to investigate the incident, prompted by a perceived indecency in a social media post by a foreign worker with a Kazakh female, and resolve issues of labour organisation at the field. TCO is a member of the commission.

CCEP workers can also include their representatives on the commission, said Nogayev in a meeting with the employees. 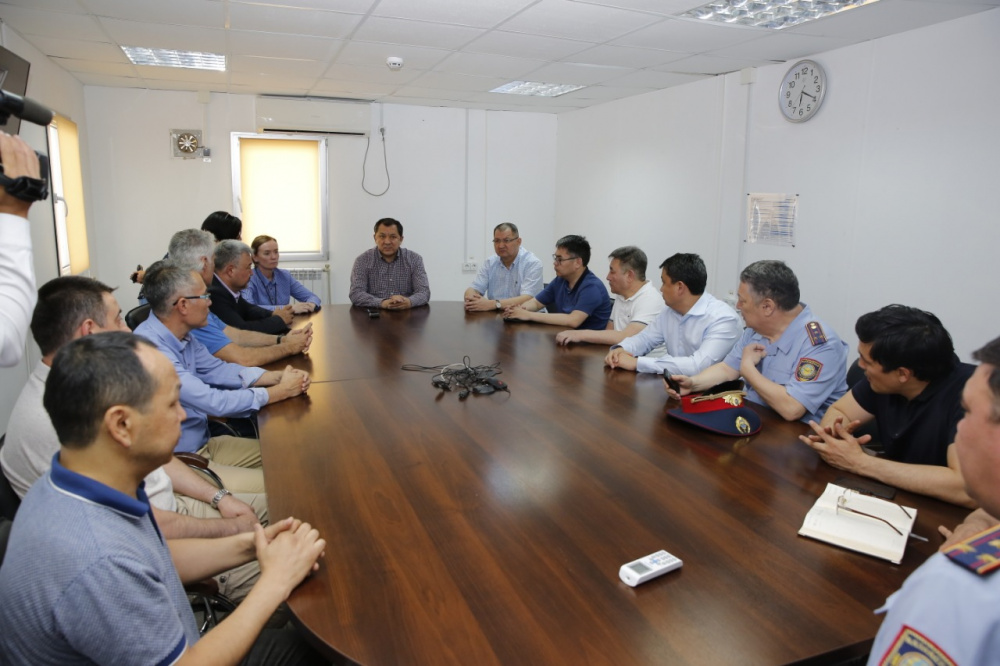 “We are grateful to the local executive and law enforcement agencies for their assistance in quickly resolving the conflict. For our part, we assure you that we will carry out our work in relation to CСЕР, as well as other contracting organisations,” said TCO Director General Imer Bonner.

The employees’ indignation was ignited by a WhatsApp profile photo of a foreign worker, according to the press release. The picture shows him with a walkie-talkie antenna directed toward a Kazakh woman’s mouth.

In response to the incident, CCEP General Director Hisham Kawash visited Atyrau, made a public apology on the behalf of the company and posted a video on social media platforms.

“I want to apologise to all whom Eli Daoud has offended. On behalf of CCC (Consolidated Contractors Company) management and CCC staff, I want to say that it was a totally inappropriate incident which does not comply with CCC policy, values and principles. Immediately after I learned about this incident, Eli was dismissed and (his contract was) terminated. We will make a full internal investigation of this event. We will take all necessary actions as required. Putting my hand on my heart, I want to say that CCC treats our Kazakh brothers with deep respect. I want to apologise again for what happened,” he said.

Nogayev met July 1 with the ambassadors of Jordan Yousuf Abdul Ghani, Lebanon Giscard El Khoury and Palestine Montaser Abu Zeid, the akimat press service reported. The ambassadors expressed their readiness to provide all possible assistance to prevent such incidents from recurring in the future.

“We know that the incident that has been at the Tengiz field is isolated, it does not reflect Kazakh people who are welcoming and hospitable. We enjoy very strong relations between Jordan and Kazakhstan. The akim assured us that the safety regarding our citizens is very important to Kazakhstan and investigation is going on… We hope that our employees will go and resume their duties as soon as possible… The  Kazakh government cooperates with us in this matter and provides us with all the necessary support from the very beginning,” said Abdul Ghani.

“We are not here, as I heard some rumors, to ask our citizens to leave Kazakhstan…Lebanon and Kazakhstan are friends. If (there is) any issue (between our countries), we can discuss it in friendly and open manner as it happened with the akim,” said El Khoury.

“We would not want this problem to spoil the historical relations between Palestine and Kazakhstan. Our leadership and the Palestinian people highly appreciate the principled positions of Kazakhstan, led by First President Nursultan Nazarbayev, as it supports all the resolutions of the Security Council, the General Assembly, the United Nations concerning the Arab-Israeli conflict,” Abu Zeid said.

The Atyrau Region Police Department launched a pre-trial investigation. The conflict has been settled and the situation is stable.

“There is a need to control the issue of paying equal wages to foreign and local workers. You cannot pay different salaries for the same job,” Kazakh President Kassym-Jomart Tokayev said during his June 4 meeting with Atyrau Region citizens.

Mutual understanding is one of TCO’s values and the company expects its employees and those from contracting agencies to respect diversity and prevent discrimination.

TCO, established by Kazakhstan and Chevron in 1993, is a Kazakh company engaged in the production and sale of crude oil, liquid and dry gas and sulphur. Chevron Corporation is a 50-percent partner, with smaller portions owned by KazMunayGas (20 percent), ExxonMobil Kazakhstan Ventures (25 percent) and LukArco (5 percent).

TCO is operating simultaneously on combined projects with FGP and Wellhead Pressure Management Project (WPMP). FGP and WPMP will be increasing oil production at the Tengiz field by approximately 12 million tonnes per year (260,000 barrels per day), resulting in an annual output of approximately 39 million tonnes (850,000 barrels per day). FGP is aiming towards increasing production capacities and WPMP will provide full-fledged operation of existing Tengiz oilfields by reducing the pressure on the wells and increasing the pressure in the existing six complex technology lines.