By Aidana Yergaliyeva in Sports on 28 July 2019

NUR-SULTAN – Kazakh cyclist Alexey Lutsenko (+2:28) finished third at the July 25 18th stage of the Tour de France behind Colombian Nairo Quintana, who won the stage at 5:34:15, and the Frenchman Romain Bardet (+1:35). 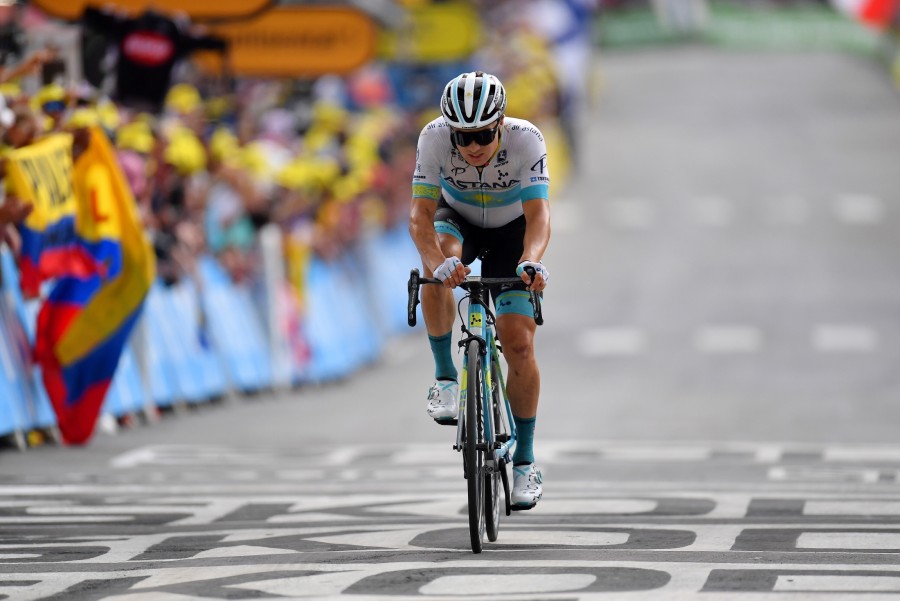 The 208-kilometre stage from Embrun to Valloire is considered among the race’s most difficult mountain stages. There were four ascents, two of which were of the highest category of complexity, Col d’Izoard and Col du Galibier.

One of the main features of the route was a 19-kilometre descent leading to the finish line.

Lutsenko was part of the day’s breakaway of 34 riders, including teammate Gorka Izagirre.

“Today was a very intensive day. The goal was to get in the breakaway, but many teams had the same goal, that’s why there was some hard racing in the first two hours of the race,” said Lutsenko, as reported by astanaproteam.kz.

“I’m satisfied because I attacked maybe five times at the Col du Galibier, and when I heard that Yates dropped, it gave me some motivation. I continued to attack, but when we climbed to a height of 2,400 metres above sea level, it became very difficult. At that moment, Quintana attacked, and that was his territory. The last five kilometres I worked together with Romain Bardet, but I no longer had the strength for something more. Finally, I was third at the stage, but I’m happy with my shape and my result because it was a real fight today.”

After the Stage 16 crash of Astana team captain Jakob Fuglsang, the team’s riders focused on the fight for individual stages. Gorka Isagirre fought July 24 for the podium, finishing sixth at the 17th stage.

Throughout the tour that started July 6, Lutsenko has acted on the distance decisively and actively, supporting Fuglsang, olympic.kz reports. He has been among the leading riders in many stages.