NUR-SULTAN – Bauyrzhan Khibash, an animal enthusiast from the Atyrau Region, has been volunteering to preserve and revive Kazakh aboriginal shepherd dogs for 15 years with the help of like-minded people. The work is important for the country from economic, environmental and cultural perspectives, he told The Astana Times. 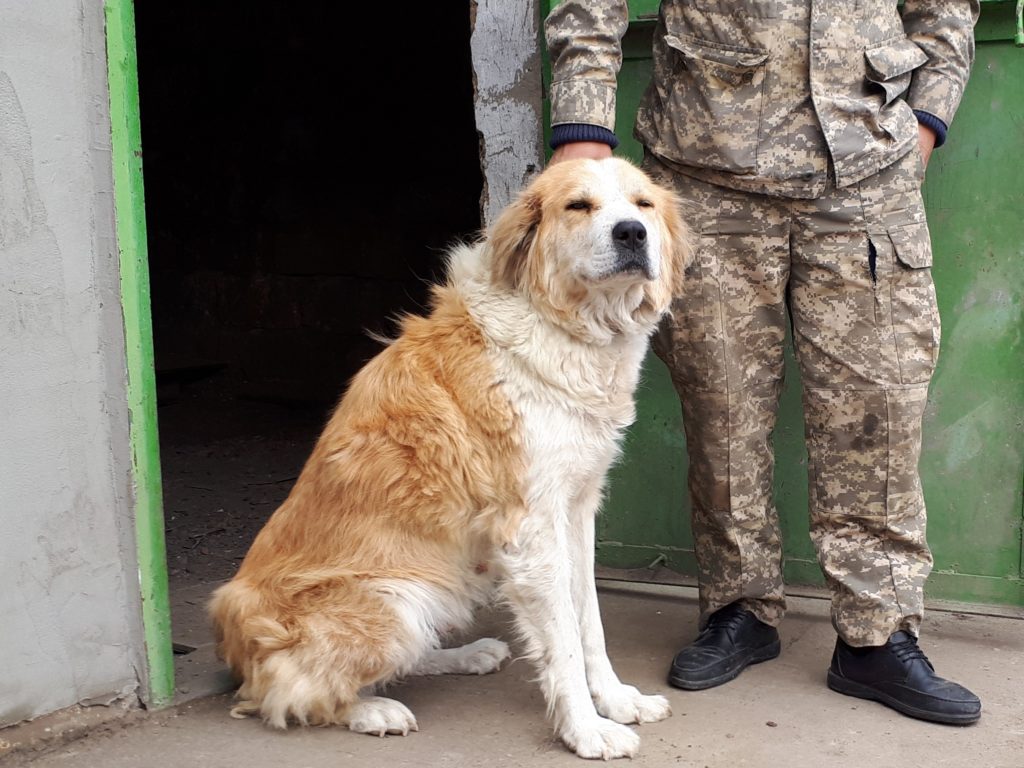 “Many years ago, I thought about the discrepancy between what I saw in life and what was called Tobet (the Kazakh term for big dogs) in magazines, newspapers and the Internet. The type of big dogs, which was rapidly gaining popularity and partly promoted by enthusiasts, didn’t fit in with the past (ones)… I had never seen such breeds before and none of the aksakals (elderly people) remembered,” he said.

Khibash started to study the subject, but couldn’t find specialists who were familiar with the specific breed. As a result, he started travelling to distant villages in the region and, at the same time, looked for experts with scientific backgrounds.

“I was able to establish contact with scientist Alexander Nikolayevich Vlassenko, who agreed to advise and monitor materials from the trips,” he said. “I found that very interesting that dogs that are not known to the cynology live in the Kazakh province. Since then, I have been trying to find as many representatives of such dogs as possible and give them a chance for a rebirth.” 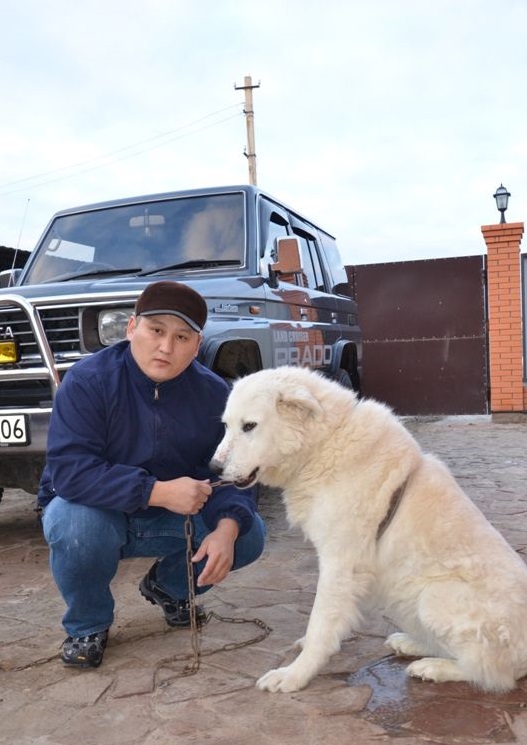 The breed he discovered does not have an official name. Among locals, it is called Qoi-Tobet, which is translated as sheep dog.

“The etymology of this term is not entirely clear… It is clear that this is due to the nature of its activities – escort livestock and protect from predators,” he said.

The breed is special, said Khibash, because it can live in extreme nature conditions similar to wolves and help herders protect cattle from predators.

“The main advantage of these dogs is their aboriginal state. That is, the psychophysiological state of the body, which allows them to exist in the wild, like a wild cousin wolf, and successfully withstand extreme climatic conditions inherent in many regions of Kazakhstan,” he said.

“That means that they didn’t lose those qualities that were recently inherent to many aboriginal breeds; for example, Turkmen Shepherd Dogs or Alabai, which due to their great popularity began to be bred in greenhouse conditions and massively used in… dog fights,” he added.

The Qoi-Tobet breed is undemanding. Although they are not gigantic, they are quite big, with their size corresponding to that of a potential enemy, a steppe wolf. They are friendly with people including children and do not behave aggressively with other representatives of the breed, said Khibash.

By helping herders, the breed contributes to developing the country’s agriculture.

“Possessing such a huge agricultural potential, Kazakhstan should develop it as much as possible. Certain steps in this area are being taken, but so far, this is far from perfect. And when (we reach the) peak, a lot of herders will need a powerful, hardy assistant,” he said. 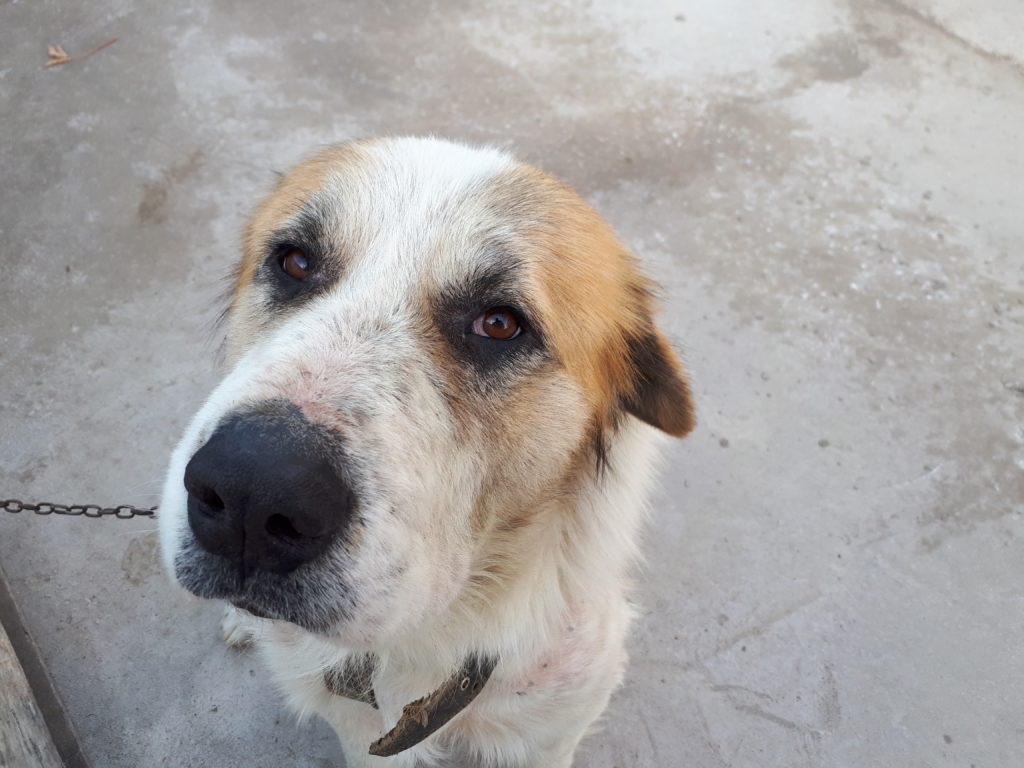 While some may suggest organising a cull to reduce the wolf population rather than use dogs, Khibash argued “wolves are essential and an integral part of a healthy ecosystem.”

“In this regard, I have a different philosophy… If we destroy the wolf, we will lose pastures. Remember what happened to Yellowstone Wildlife Park. Therefore, in the course of its activities, a person should harmonise his relationships with wildlife as harmoniously as possible. There is no other way,” he said.

Besides practical importance, the dogs have ethno cultural and biological value as a heritage of Kazakh ancestors and endemics.

“At one time, and even now, a lot of criticism and condemnation was poured onto the heads of Kazakh dog enthusiasts from representatives of neighbouring nations for encroaching on their dog breeds as national value,” he said.

“The dogs that I want to recover differ in exterior. They will not cause any objections, because although they were spread from northern Mongolia to Spain (Hun, Mongolian-Tatar and Turkic expansion), for the most part they were concentrated on the territory of Kazakhstan,” he added. 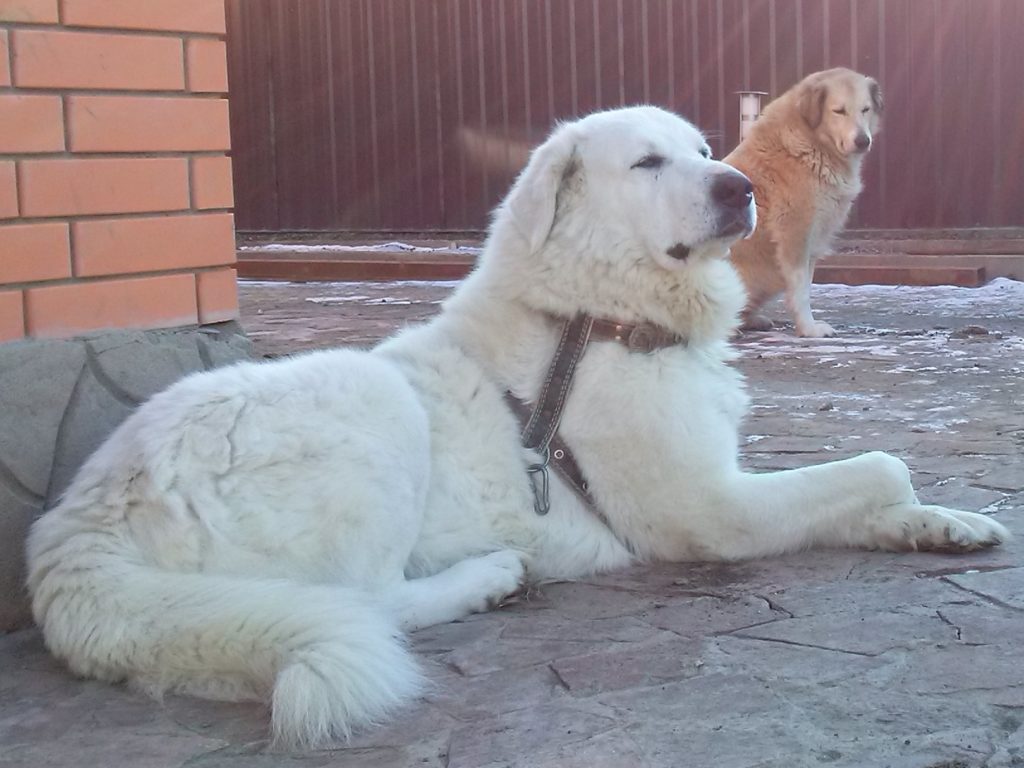 Khibash wants to find a non-commercial organisation to continue his work to preserve and revive Kazakh shepherd dogs. He raises the dogs at his detached house.

“It is not easy… but there is no way out. There are very few dogs and fewer chances with each passing hour,” he said. “Although I cannot stand the thought of using public money, I started to think of opening a non-commercial organisation designed to finance searches, genetic research, salaries for employees and subsidies for some of the farmers who decided to buy puppies, since not all of them can afford it.”

The issue of finding funds is vital and, unfortunately, the government currently has no programmes for preserving and reviving domestic animals, Khibash said. Nevertheless, during his trips he has met others who agree with his philosophy, one of whom lives in the Aktobe Region and has been hired to perform certain work according to Khibash’s instructions.

“All these years, I have managed (to work) only with my personal funds. I had to leave work and engage in private business in the field of car rental to earn more and to finance the expeditions to find and grow my dogs,” he said.

“It is impossible to avoid the loss of the (dogs’) working qualities and selection measures of those who have proven themselves in the fight against the wolf and the grazing of livestock without practical use of dogs,” he added.

Part of his work includes finding the dogs, securing good care for them in a household and insuring they practice in the steppes.

“It turned out that finding customers (a household) is not easy. Therefore, there was a need to buy offspring and distribute them further. Sometimes, I paid half the price of puppies to herders… but I don’t complain. We managed to keep at least five or six puppies in the steppes and they showed good results; the owners called and thanked me. Unlike fighting and city dogs, ours are more authentic and they understand the most important thing their city brothers have already lost,” he said.

Khibash suggests organising large-scale expeditions to remote Kazakh regions to search for surviving dogs of the breed and open private veterinary educational institutions and cynological courses and inviting experts to save and revive them.

“There is a need to use the experience and knowledge of the nearest neighbours and to attract professors,” he said.

While some might think there are only two breeds of Kazakh dogs, Tazy and Tobets, by travelling across the country, he has realised the opposite.

“Such a huge territory…. simply could not be so scarce on the breeds. There were many more, but due to various historical upheavals, not all of them were preserved,” he said. “Nevertheless, our land still holds many secrets that are waiting for their Columbus, so let’s hope, believe and search.”