NUR-SULTAN – Climate change may reduce the Kazakh grain harvest by 37 percent by 2030 and 48 percent by 2050, said the World Bank in its recent statement. 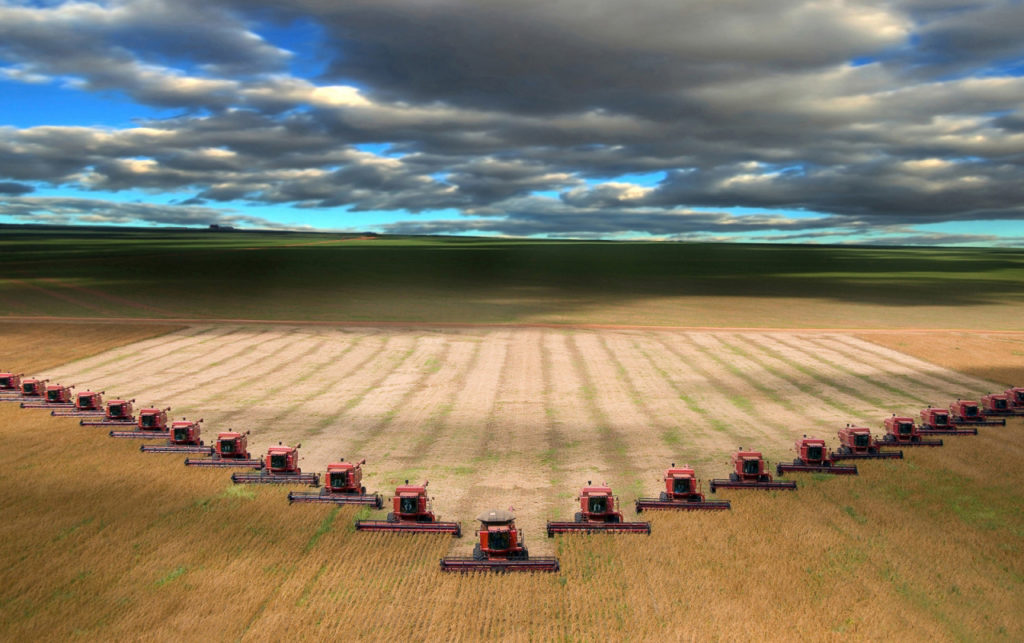 The phenomenon presents enormous challenges for development, including its impact on agricultural supply chains.

Sixty-six percent of Kazakh land is vulnerable to drought. The numbers can be critical for the country, the world’s ninth largest by landmass and second largest in arable land per inhabitant, where cultivated land occupies an estimated 81 percent of the total area.

World Bank experts forecast significant temperature increases in Central Asia in the coming decades, ranking it among the most climate-vulnerable regions.

“Today, we can see rising temperatures, melting of glaciers, declining water resources and natural disasters as droughts and floods occur more often. This all has huge economic damage on countries in Central Asia,” noted the statement.

Average temperature in Central Asia has been rising by 0.5 degrees Celsius in the southern portion and 1.6 degrees in the northern part since the mid-20th century, leading to shrinking water supplies and glacier melting. Glaciers in the region have shrunk by one-third since the beginning of the 20th century.

Economic damage from a hotter planet is expected to effect the Kyrgyzstan, Tajikistan and Turkmenistan economies, causing an estimated 0.4-1.3 percent change in the countries’ annual gross domestic product (GDP).

Central Asia’s heavy dependence on natural resources is cited as a key factor increasing the region’s vulnerability to climate change.

“For example, as much as 30 percent-60 percent of Central Asia’s population relies on agriculture for its livelihood. In Tajikistan, harvests may decrease by 30 percent. At the turn of the century, half of Kyrgyzstan territory and huge territories in Turkmenistan and Uzbekistan could turn into dry lands,” said the statement.

Water availability is one of the region’s major concerns. Climate change has worsened the situation in the Aral Sea, once the fourth largest lake in the world and now among its most rapidly degrading areas. The sea has shrunk to one-tenth of its original size, significantly hurting the local community that depended on the waterway for its livelihood.

Water shortages also effect electricity, as 90 percent of Kyrgyzstan and Tajikistan’s hydropower is generated by the thousands of glaciers in the high mountains of the Pamir region that give rise to the Amu Darya and Syr Darya, Central Asia’s two major rivers. Experts forecast the water flow in the Syr Darya basin could be slashed by 2-5 percent and the Amu Darya by 10-15 percent, exacerbating the shortage.

Key recommendations include upgrading outdated infrastructure, promoting effective use of energy resources and taking efforts to achieve more sustainable agricultural use. More resources should also be directed to research and monitoring climate change and the environment.