By Aidana Yergaliyeva in Culture on 23 July 2019

NUR-SULTAN – Almaty-based Nomad Stunts worked with Disney’s live-action adaptation of the Chinese legend of Hua Mulan, helping recreate the 1998 children’s favourite cartoon of the same name. Founder and leader Zhaidarbek Kunguzhinov shared his impressions from the movie shoot with The Astana Times. 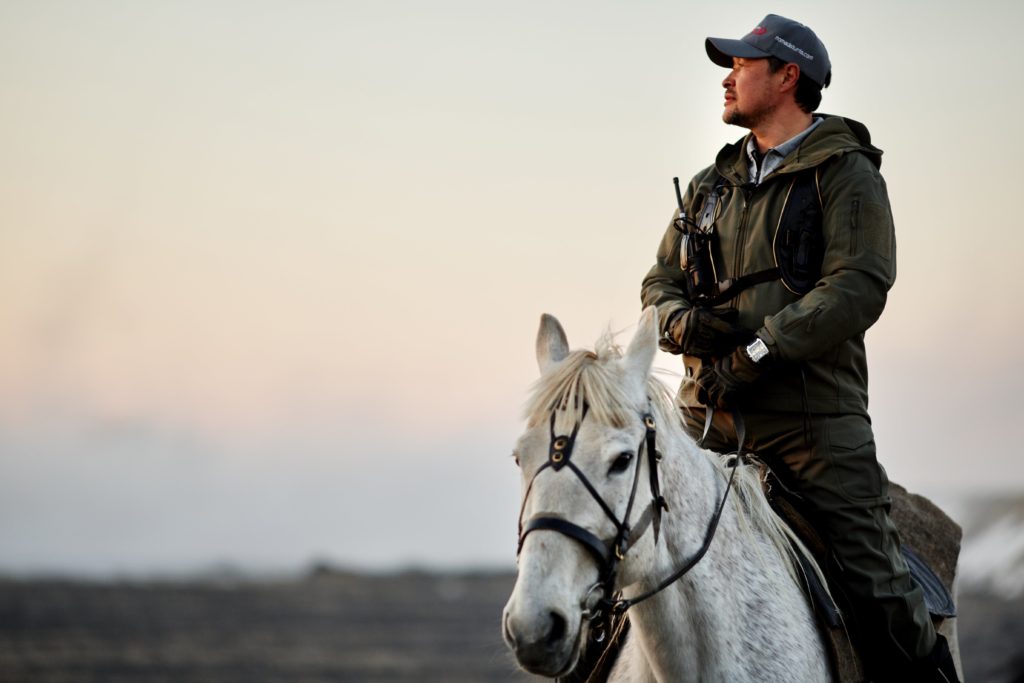 The plot features the heroic deeds of the young woman who pretended to be a man in order to preserve the honour of her family and save China from invaders. The motion picture is considered one of the most expensive Disney projects, with a production budget of $290 million.

The trailer was out July 7. Disney has scheduled the movie’s release for March 27, 2020.

The film promises to be spectacular, as the Nomad Stunts team has nearly 20-years’ experience and is well known for performing stunts on horses, one of the hardest types of tricks. They have a long history working with Hollywood and, relatively recently, with online giants such as HBO and Netflix.

“We have been working with Hollywood studios for a long time, but I always wanted to work with Disney. I like the films that they make for children and I wanted to see the process from the inside, to understand how such large-scale motion pictures are created. I can say one thing – everything was at the highest level,” Kunguzhinov said.

“The ‘Mulan’ project for us is a landmark. For me, it is also very valuable that Nomad Stunts showed itself at a high level; we were told more than once that we did a great job and this, of course, is very nice. Well, New Zealand itself is just a gorgeous country; very glad that I managed to go there,” he noted referring to the location of the shoot.

Nomad Stunts sent a 13-member team to the set. Kunguzhinov, in addition to his stunts and horse training, also played a small part as a tribal military commander. Kanat Kudyarov doubled for one of the main protagonists, actor Jason Scott Lee, while Zhandos Aibassov doubled for another lead character. 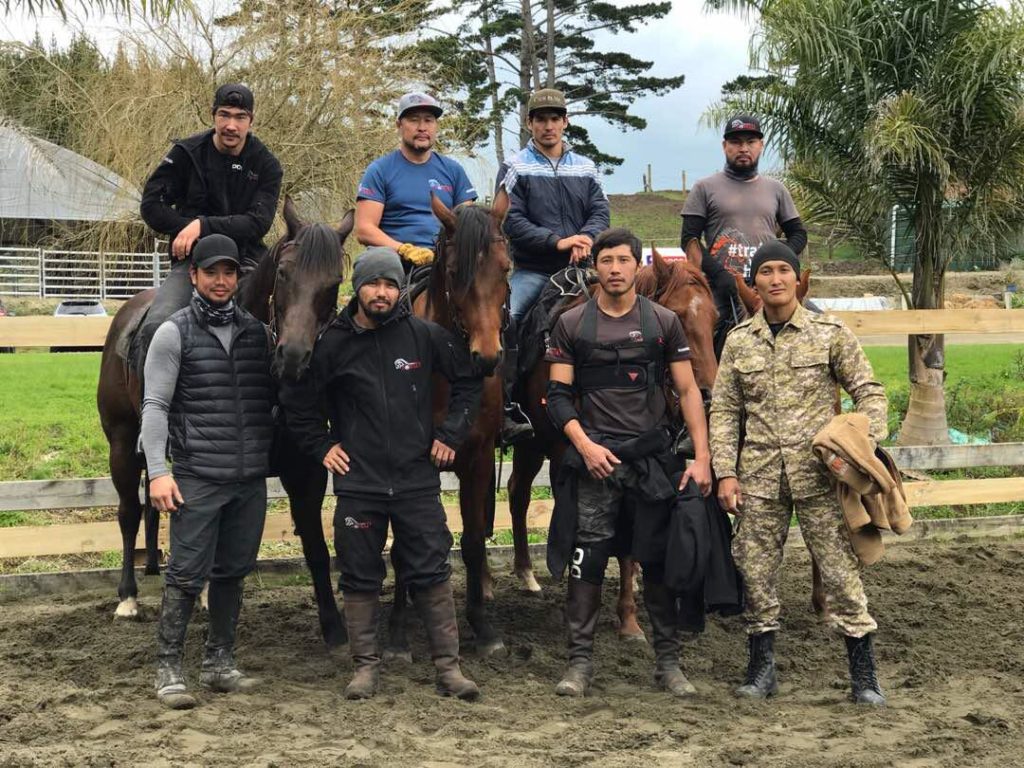 “(We) got experience working with New Zealand riders, seeing how they prepare horses. I cannot say that there were some cardinal discoveries, but we always learn because each new film gives a new experience. This time we came up closer with the way how to shoot the stunts on the chromo key, saw what the distance should be, how the frame is overlaid. We are trying to take something useful from each project we work on,” he said.

Each stunt performance is dangerous and tricks on galloping horses multiply the risks. Kunguzhinov recalled an extremely dangerous moment for stunt performer Murat Burkhanov. His years of training payed off and Burkhanov completed the hardest scene just in one take. 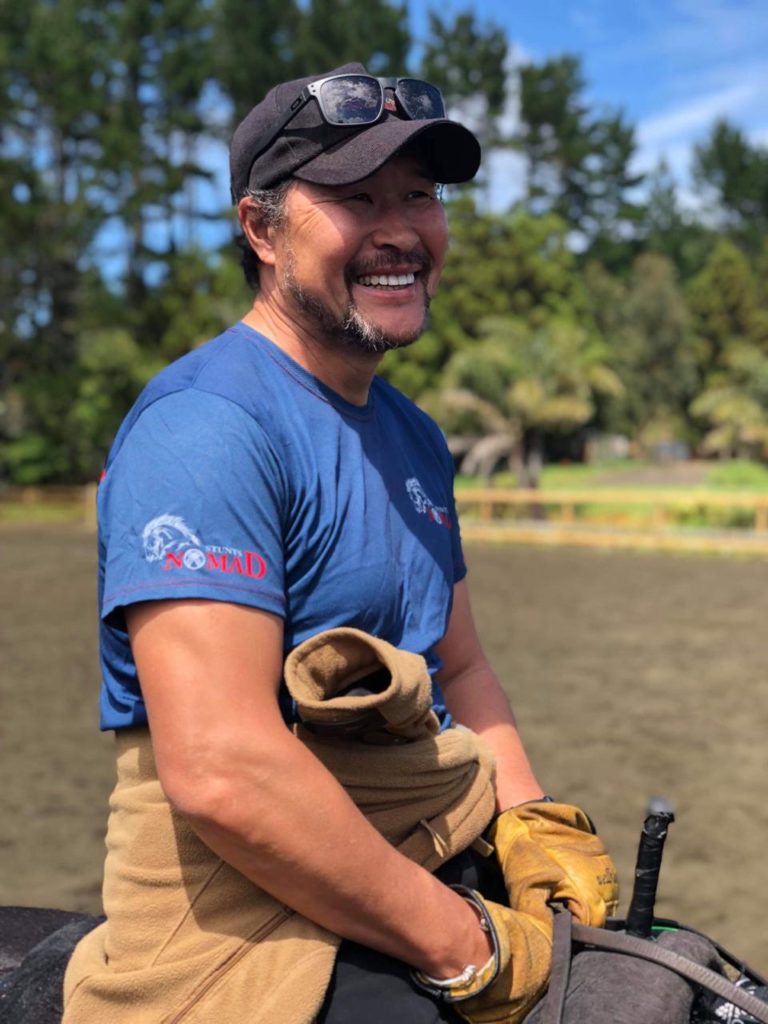 “There was one moment when the riders galloped at high speed in one line, very tightly to each other, and one of my guys, Murat Burkhanov, had to fall right under the hoof between the horses. We made one take, which was immediately filmed; the director of the action unit approached us immediately, thanked us and said how cool it was to do such a complicated trick and even from the first take! There were other difficult moments, but the most important thing was that we had enough time to prepare, so that we could rehearse everything thoroughly,” he said.

The risks were also minimised, as the stunt group worked with Disney professionals.

“Since this is a Disney company, a company with a long history and vast experience, the process went very well; the conditions were just great. Of course, there were situations when plans changed and there was an additional need to urgently train the horses, but we were given the time to prepare and everything was fine. Everything worked as one coordinated mechanism,” said Kunguzhinov.

Nomad Stunts is an international team. While most of its members are from Kazakhstan, with another big group from Kyrgyzstan, it also includes performers from Australia, Azerbaijan, Bulgaria, Russia and Turkey. The team is currently composed of 86 people, including 12 young women.

“Girls are often invited, because there are not so many female stunt people in the world who can do horse tricks, tricks with burning and fence themselves,” he said.

“As a rule, before lunch we work out stunts with horses and after lunch, we go through general physical training – fights, fencing, pulling on ropes,” said Kunguzhinov. 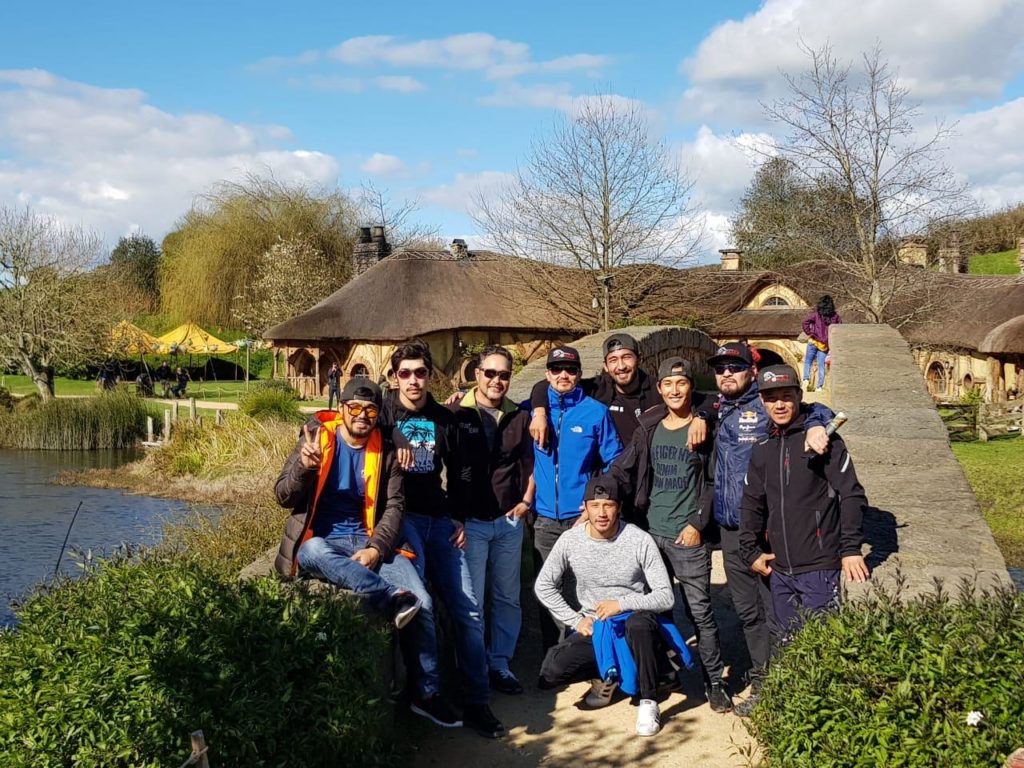 The team plans to make more appearances in international projects.

“According to the plans, we have several projects in Bollywood. I recently returned from the negotiations. Also, several joint projects with the Turkish side, where Nomad Stunts, fortunately, have long been known. We are currently negotiating filming in Georgia and Italy. I hope everything turns out well, since the Nomad Stunts team is universal; our stunt people do absolutely different tricks and people are already aware of this around the world,” he said.

Before becoming a stunt person, Kunguzhinov was an artist in the Kazakh State Circus for seven years. As a young risk taker, he continuously excelled in his abilities and was awarded silver (1993) and bronze (2001) medals at the Lions International Chinese Circus Art Festival. He is an Honoured Worker of Kazakhstan and was awarded the Order of Kurmet (Honour).

Kunguzhinov won the 2013 award “For the Promotion of Sports in Cinema” presented by the American International Academy of Martial Arts. The honour is known as the “Sports Oscar.”

Nomad Stunts has performed in movies such as “Mongol,” “Nomad,” “The Road to Mother,” “Viking” and “Zhauzhurek Myn Bala” and the “Marco Polo” series (seasons 1 and 2). The group has collaborated on set with Hollywood icons including Jet Li, Chuck Norris, Arnold Schwarzenegger, Sylvester Stallone, Jason Statham and Bruce Willis.

“I advise novice stunt people to work on yourself, to train for endurance, since in our work psychological stability is the main thing. It happens that it is difficult to tune yourself up morally before a difficult trick – you start thinking that you will be injured, but you have to go all the way. Don’t be afraid of anything, because if there is fear or doubt, then there will definitely be an injury. You need to give a lot of effort, do not despair, never stop; there are times when you want to quit, but you need to go through it. But then it will be the other way around – you want to quit and [can’t, because] this work is dragging on. In general, I noticed that many people think that the work of stunt performers is money and fame, but first of all it is hellish work, methodical work and experience that must be experienced again and again. Often there will be such loads, when it will be very, very hard; you need to master all this and realise that when you go through all the difficulties, you will be proud of yourself!” said Kunguzhinov.