13th round of Astana Process peace talks to be Aug. 1-2 in Nur-Sultan

By Nazira Kozhanova in International on 24 July 2019

NUR-SULTAN – The 13th round of the Astana Process Syrian peace talks will take place Aug. 1-2 in Nur-Sultan, reports the Kazakh Ministry of Foreign Affairs. The meeting will include for the first time observers from Lebanon and Iraq. 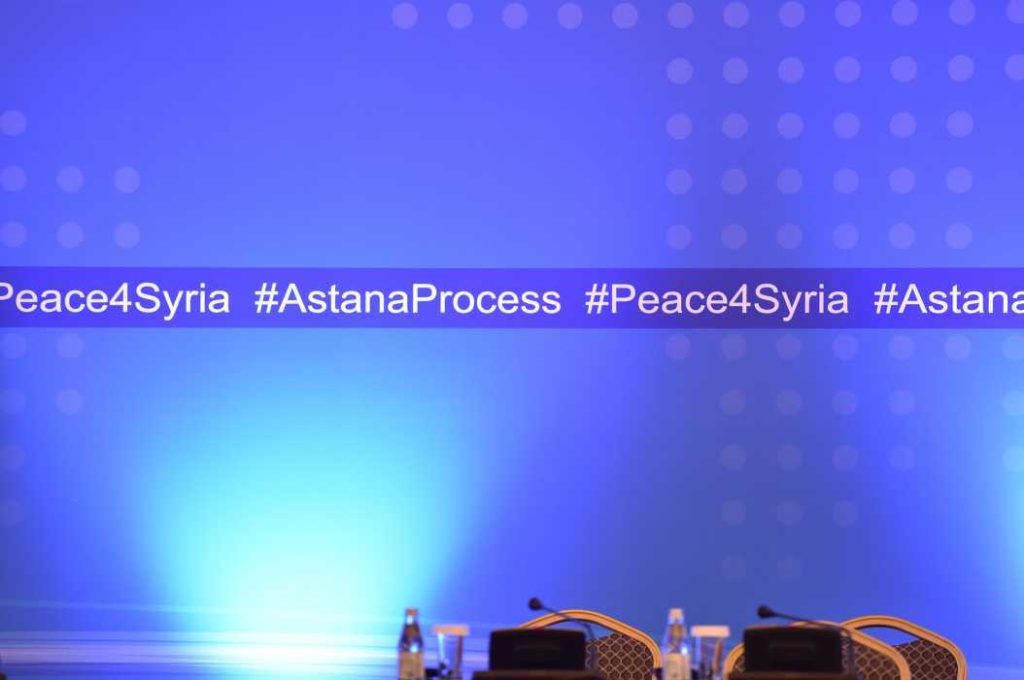 The meeting will focus on the situation in Syria, in particular, the province of Idlib and the northeast of the country. It will also address measures to build confidence between the parties and promote the political process, including the formation and launch of a constitutional committee.

The bilateral and multilateral preliminary consultations with the participation of representatives of the government and opposition groups in Syria are scheduled for Aug. 1, with a plenary meeting Aug. 2.

Three guarantor states, Iran, Russia and Turkey, are expected to take part, as well as the government and the opposition of Syria. Representatives from the UN, Jordan, Lebanon and Iraq are to take part in the talks as observer parties, with Lebanon and Iraq joining the process for the first time.

The 12th round of Syria negotiations in the Astana format took place in Nur-Sultan in April. The guarantors – Russia, Turkey and Iran, – adopted a statement agreeing to continue consultations on northeast of Syria and praising the release of prisoners. However, despite trilateral efforts and agreements reached in January 2018 during the Syrian National Dialogue Congress in Sochi, Russia, a final decision to launch the constitutional committee has not been reached.

The first meeting in Astana as the Kazakh capital was then called to resolve the situation in Syria was held Jan. 23-24, 2017. According to Kazakh diplomats, the Astana Process complements the Geneva Process, and both are designed to provide platforms for peaceful resolution of the Syrian conflict.