NUR-SULTAN – Parts of the Kazakh capital with insufficient stormwater drainage systems will see that change in the next two years. The Nur-Sultan akimat (administration) website provides more details on the projects. 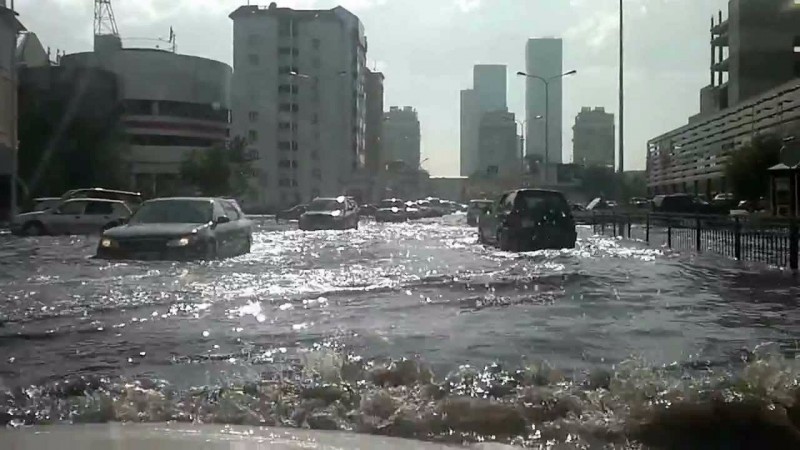 Currently, during storms, water levels can rise so high they block cars in the Uly Dala area. The Astana Tazalyk organisation is attempting to solve this problem by installing pumps at the intersection of Uly Dala and Turan Streets, but that will take some time. Therefore, an additional stormwater drainage system is to be installed along Uly Dala Street. The new drainage system is to cover an area 3.191 kilometres long and 32.5 metres wide.

The Baurzhan Momyshyly Park road area has a stormwater drainage problem as well, with the intersection of Momyshuly and Tokpanov Streets in the park gathering water from Abylai Khan, Tauelsyzdyk and Tokpanov Streets, as well as the Southeastern micro district. The existing drain system in the park wasn’t built taking the park’s geographic function as a drain for a lot of other areas into account. The park will get a second water collector, as well as three more sump tanks and an additional pump station.

The Tashenov Street area, particularly the area surrounding residences at 20 Tashenov Street will also get a new stormwater drainage system. The current system consists of a 20-hectare storage pond that gathers water from the area and directs it to Akbulak River. The system, besides not meeting capacity, isn’t considered environmentally sound and has led to infestations of midges in the area.  Thus, the construction of storm sewers and sewage treatment plants with the reconstruction of inlet collectors are planned in this area.