By Nazira Kozhanova in Culture on 5 June 2019 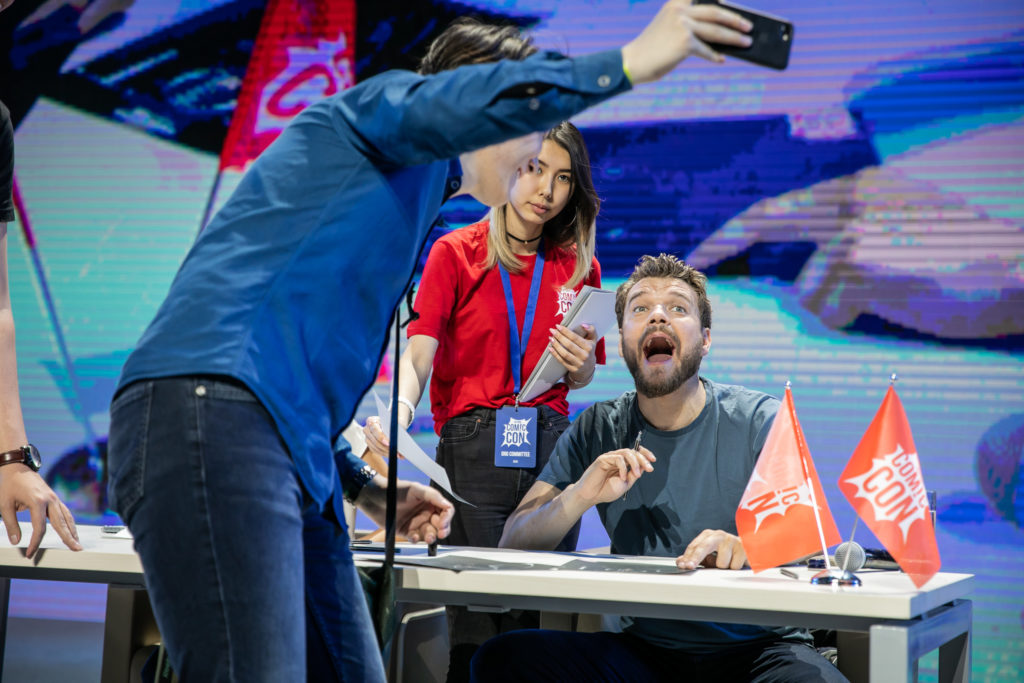 The convention’s headliner was Pilu Asbæk, who portrayed Euron Greyjoy in the HBO series “Game of Thrones.” Asbæk signed autographs and took photos with his fans during the festival; he was so popular, indeed, that his arrival briefly caused Comic Con’s website to crash. The actor signed more than 2,000 photos and books during his two days there.

“I am 36 years old, and this is one of the craziest experiences in my life. You guys are the best fans in the world. I was in the Middle East, it was fine there; in Europe it was also fine; in America it was not bad, but here … it’s insane. Thank you for coming. The series is over, but I promise that the spin-offs will not be any less interesting,” said Asbæk.

“I’m really happy, having met Kirill [Soyerov]! I’ve been watching his anime channel for ages, and I love that anime culture is celebrated today,” said one Comic Con attendee. 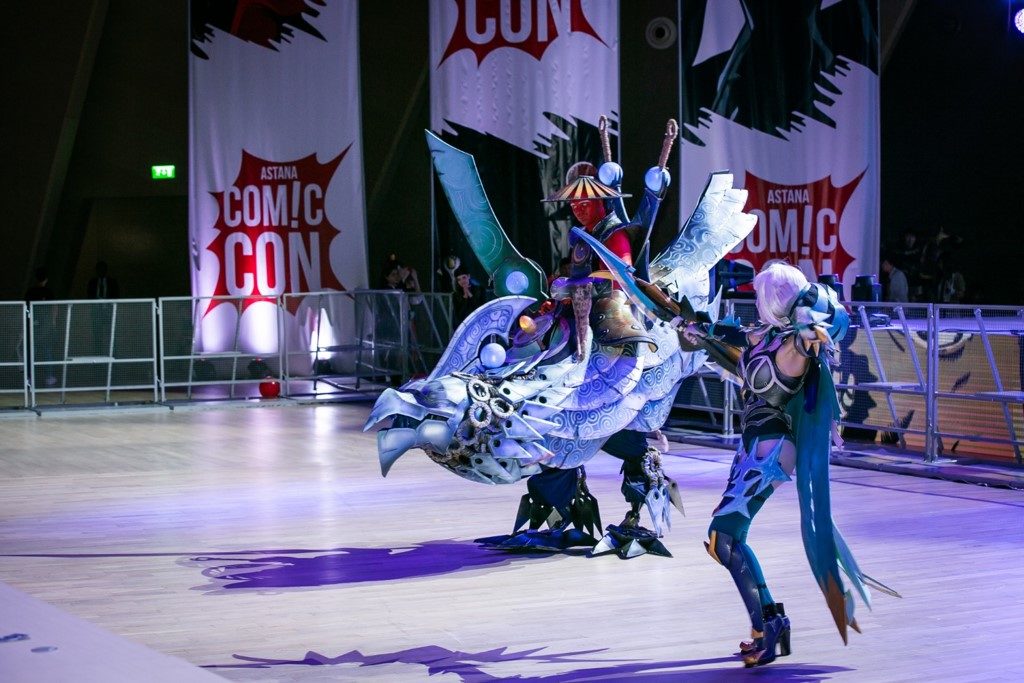 Popular Kazakh Q-pop band NINETY ONE also took photos and signed autographs for fans. NINETY ONE concluded the convention June 2 with a show.

Another major Comic Con event was a cosplay contest with an overall prize fund of 4.5 million tenge (US$12,000). The contest judges were cosplay community celebrities Irina Meyer, Gesha Petrovich and Kseniya Shelkovskaya of Russia and Mariya Davydova of Estonia. The contest’s youngest participant was less than a year old, cosplaying Rhaegal the Dragon, with his mother cosplaying Daenerys Targaryen from “Game of Thrones.” Overall, there were 70 participants in the contest. Vladislav Shaman from Almaty earned the contest Grand Prix with his Disruptor cosplay. The best cosplayers in their respective categories were also recognised by the judges.

“I wasn’t expecting this level of preparation from people. You won’t see this many creative people on the streets every day. I’m considering also trying cosplay next year,” said one Comic Con attendee.

Tournaments of the board games “Just Dance,” “River Raid Review” and “Mafia” and videogames “Mortal Kombat 11” and “Dota 2” were also held throughout the convention.

Artdepartment.kz Almaty FX-makeup studio held a public transformation of a model to an alien and zombie to demonstrate the work that is put into creating a character on a movie screen.

This year’s Comic Con in Nur-Sultan was the first ever in Kazakhstan. The convention was organised by the Nur-Sultan Akimat (city administration), and as Nur-Sultan Akim (Mayor) Bakhyt Sultanov said, is to become an annual event from now on.

“I enjoyed my day here, but I’m very tired. My only wish is for the next year’s convention to feature free cold water and limit the number of guests that are allowed into the building at once,” one visitor summed up.