NUR-SULTAN – Kazakhstan and Japan are negotiating the export of Kazakh horse meat to the Japanese market, where it will be used to prepare the delicacy basashi (thinly sliced ​​raw horse meat). 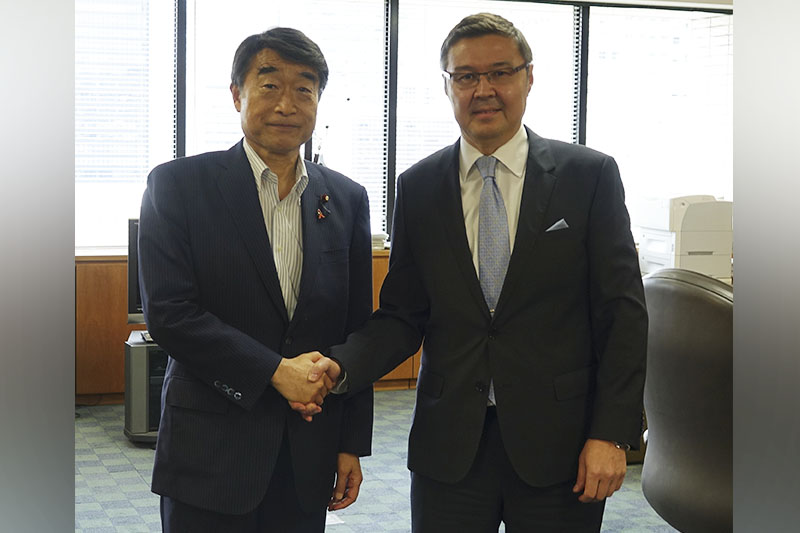 Kazakh Ambassador to Japan Yerlan Baudarbek-Kozhatayev and Japanese Minister of Health, Labour and Welfare Takumi Nemoto met June 14 to discuss shipments. They focused on exchanging draft veterinary certificates for horse meat and related documents, which are currently agreed by the Japanese Ministry of Health, Labour and Welfare and Kazakh Ministry of Agriculture, reported Kazinform.

Japanese prefer basashi to beef, as the former contains more protein and linoleic acid than the latter and is low in calories. Horse meat is also less likely to carry coliform bacterium and may prolong life. Demographic studies have shown that Nagano Prefecture residents who eat horse meat have the longest life span in the country; life expectancy is 80.88 years for men and 87.18 for women.

Basashi is typically dipped in soy sauce and served with garlic. The dish, served cold and nearly frozen in the middle, is intended to be eaten this way.

Kazakh-Japanese trade turnover last year was $2 billion, a 54-percent increase compared to 2017  ($1.3 billion), according to the Committee for Statistics of the Kazakh Ministry of National Economy. The turnover showed a positive balance in Kazakhstan’s favour; exports to Japan totalled $1.5 billion while imports stood at $497.3 million, a 70-percent increase compared with 2017 ($886 million). Mutual trade volume was $307.5 million in the first three months of this year.

Nemoto thanked the Kazakh people and government for transferring information about 20,000 Japanese soldiers interned in the Soviet times in Kazakh territory. They also discussed prospects for bilateral health cooperation, including under the Astana Declaration on Primary Health Care, signed Oct. 25, 2018.