NUR-SULTAN – For more than two decades, May 31 has been observed as the Day of Remembrance of the Victims of Political Repression in Kazakhstan. Two other important dates were celebrated this year – 60 years since Karlag (Karaganda Labour Camp) was closed and 75 years since the start of the deportations of Chechens and Ingush to the Central Asian region. 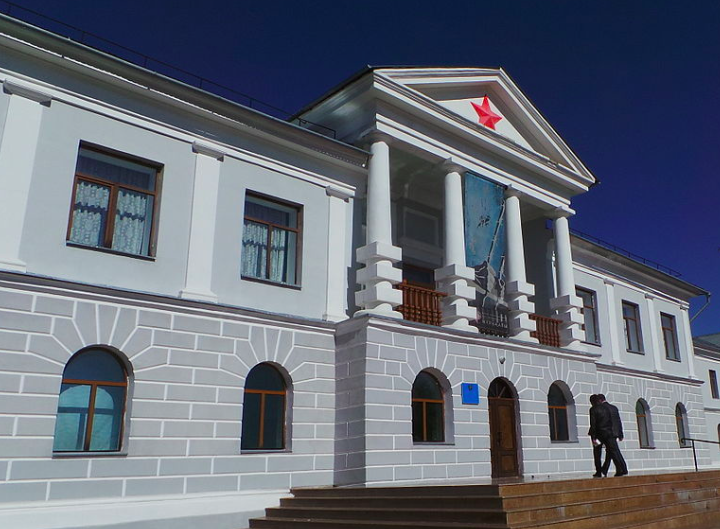 In the 20th century, Akmola Camp of Wifes of Traitors of Motherland (ALZHIR), Karlag and Steplag, some of the largest Gulag camps (the system of Soviet labour camps and prisons that from the 1920s to the mid-1950s housed millions of political prisoners and criminals), were located in the country. All were part of the NKVD (People’s Commissariat for Internal Affairs) system. The Karlag Museum (Karaganda Labour Camp) supported International Museum Day, May 18, as that night real people replaced the wax figures in the installations in an effort to understand the atmosphere of the time.

The museum was originally the camp’s management building. After its reorganisation in 1959, it became the Michurinsky Agricultural Technical School, followed by the Brigantina children’s anti-tuberculosis sanatorium. The government wanted to create a sanatorium-preventorium for miners in the late 1980s and early 1990s. Discussions began as repairs were made, but the Soviet Union collapsed and the building was gradually plundered.

Karlag, one of the largest Soviet labour camps from 1930-1959, was located in the village of Dolinskoe, 45 kilometres from Karaganda. The entire population of the Karlag territory was forcibly evicted outside the camp.

Prisoners who committed certain crimes were placed in special punishment cells. They were cold and hot; the former, with temperatures below zero and the latter, above 40 degrees Celsius. A prisoner was allowed to sleep on the icy floor four hours a day and forced to stand the other 20. Camp wardens severely beat those who tried to lean against the wall. Particularly intractable prisoners lived in three-metre deep wells, standing in water to prevent them from falling asleep.

Religious leaders, intellectuals, nobility, officers and peasants were the first to be subjected to repression. NKVD also arrested the wives and children of the “enemies of the people.” Newborns and children up to 15 years old lived in orphanages, while those over 15 were sent to juvenile colonies. Due to poor conditions, infant mortality increased. Children under three and prisoners who died during or after childbirth were buried in Mommy’s cemetery. Most of the graves are marked between 1930-1940.

“I am from Ukraine. I was arrested for reading bourgeois literature. It was a book on the history of Ukraine. For this, they gave me 25 years of camps. I was only 19. So, I got to the village of Kengir, whose prisoners built Zhezkazgan city. Basically, there were young people from Ukraine, Balts and Vlasovites. Prisoners were killed for no reason. At Easter, the guards fired on a convoy of convicts. The next day, the whole camp did not go to work. After that, 15 people died in the slaughter. That was the limit. We were taken to kill in the cars for ore. They wanted to throw in the mine. Fifteen minutes we hung over the precipice. They pushed a button and a prisoner fell 40 metres down. At the last moment, they changed the decision. That’s how I survived,” recalled former prisoner Ivan Karpinsky.

The living conditions of women did not differ from men. The women had only one advantage – they were rarely shot.

“After the war we were starving hard and I raised money for a government loan for 50 rubles. That was big money then. I stood in front of the authorities as a widow with four children, so that they would not take money from her. For this, I was given 10 years. In my youth, I was an attractive girl. The camp commander began to look at me. He made love to me for four months, but I did not respond. Then, he threatened me to arrange a “tram” – this was when 11 men raped and they were sick with syphilis. One girl was so infected and she soon died. I had to agree to save my life. So, I lost my virginity and gave birth to my first son,” recalled Polina Ostapchuk.