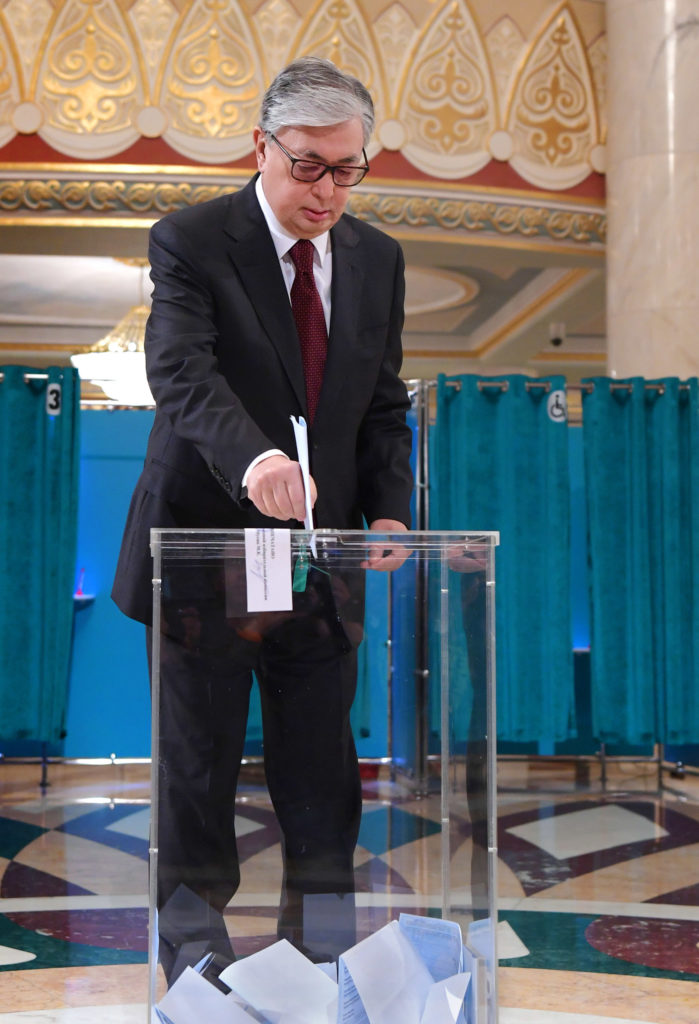 The final voter turnout was reported by the Central Election Commission to be 77.4 percent.

Seventy-eight-year-old Nazarbayev, who was in power for almost three decades, resigned in March. Less than three weeks after Nazarbayev’s resignation, the incoming president Kassym-Jomart Tokayev, the ex-speaker of the Kazakh Senate, called early elections. Seven candidates, including Tokayev, who was nominated by the ruling Nur Otan party headed by Nazarbayev, competed in the election. Campaigning ended midnight June 7, with June 8 being the day of silence.

President Tokayev voted at the Astana Opera polling station, saying election day is an historical day for the country.

“Citizens, taking advantage of constitutional law, vote at the polling stations. This is the choice for the future of the country. Elections are a holiday, in my opinion. Unity is the main thing in our country. We all have to cherish it as the apple of an eye. Congratulations!  Elections are held according to the democratic principle, there is no doubt. We have done everything possible. Now comes a very crucial moment. Our people have never been indifferent to political processes,” he said. 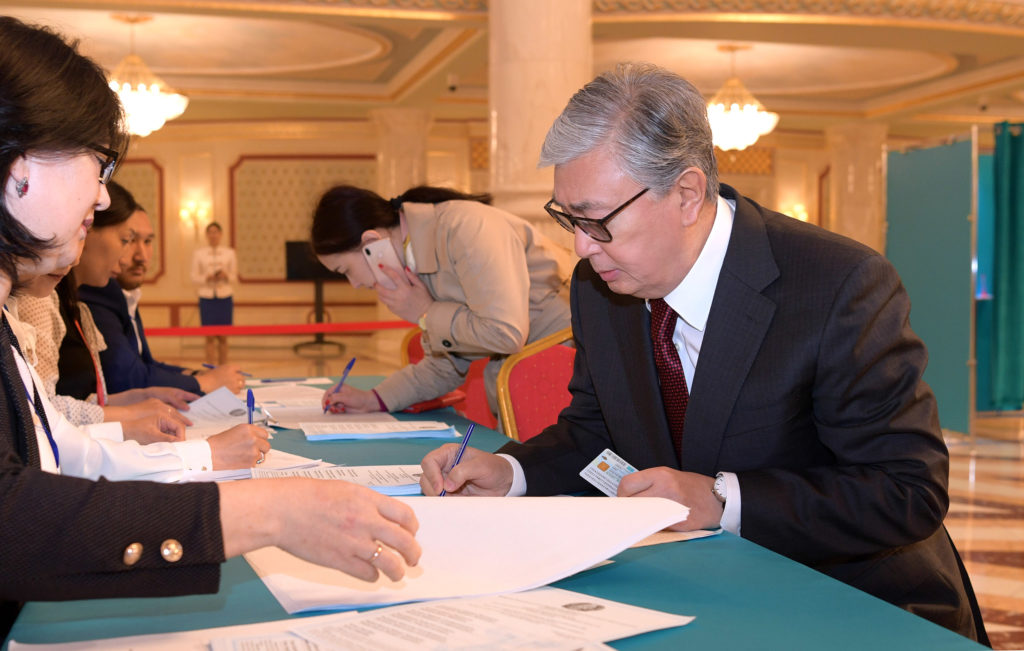 Nazarbayev voted at a polling station in the capital’s Schoolchildren’s Palace, saying: “Dear Kazakhstan citizens! Today, the presidential elections are taking place. The people choose not only a person, they choose their future, their fate.” 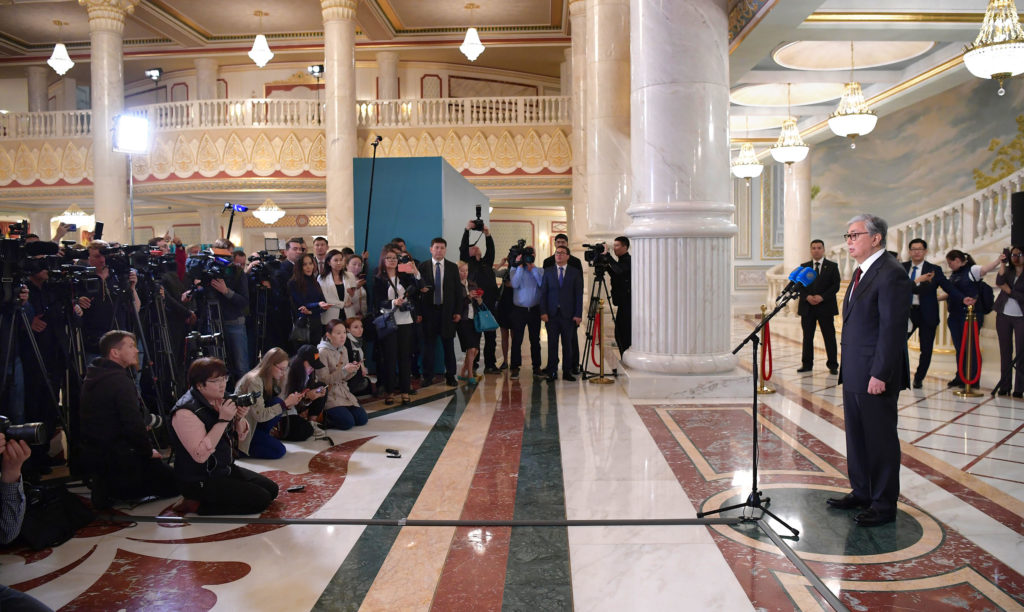 “In our country, as in all democratic states, power should change, new generations should come with new thoughts. They will lead Kazakhstan to new heights. My decision to relinquish authority was received worldwide with approval. I received letters and calls from many states’ leaders who believe that Kazakhstan did the right thing in a democratic way, quietly, without perturbations and now conducts the transit of power. And today, all the people at 10,000 polling stations in Kazakhstan vote for the choice of a new president,” Nazarbayev said.