By Ainur Seidakhmetova in International on 30 June 2019

NUR-SULTAN – The fifth International Day of Yoga was marked across Kazakhstan from June 15 to 23 with events organised by the embassy of India and the Swami Vivekananda Cultural Centre. All events were free and open to the public. 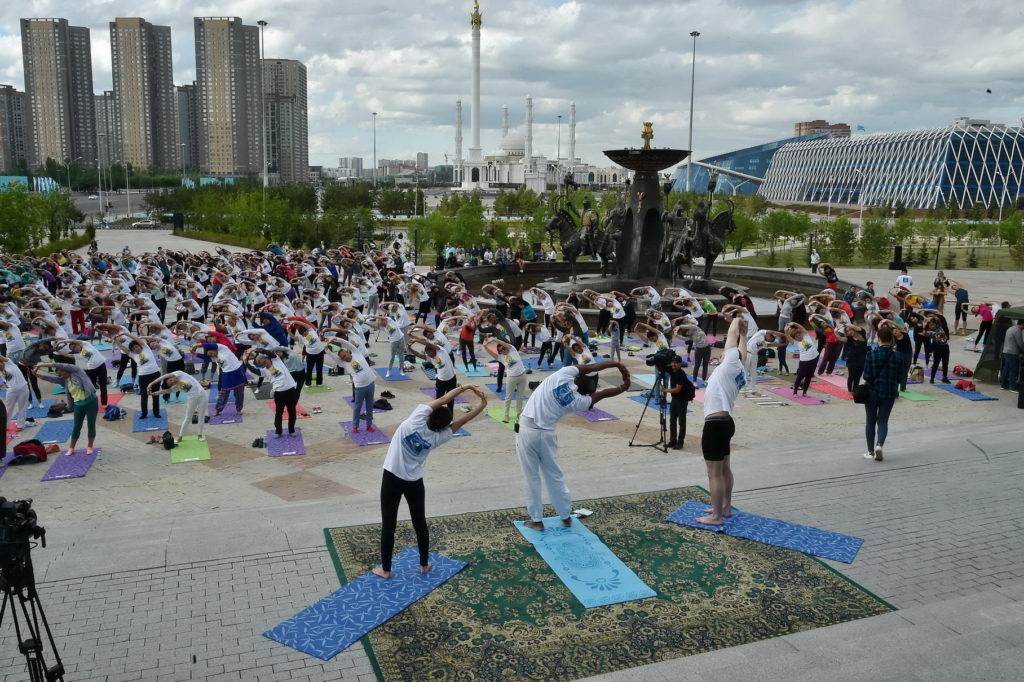 The celebrations started with an inaugural ceremony held at Yoga Park in Nur-Sultan June 15. Celebratory events continued in the cities of Almaty, Arkalyk, Atyrau, Karaganda, Kostanai, Taraz and Temirtau.

In his welcome speech in Nur-Sultan, Ambassador of India to Kazakhstan Prabhat Kumar declared “Yoga for Peace, Harmony and Progress” to be the motto for the celebrations.

“You would be interested to know that this year the Indian Prime Minister’s Award for Outstanding Contribution for the Promotion and Development of Yoga has also been announced, which includes two categories for international practitioners and promoters of yoga, namely individual and organisation. For 2019, the individual category award has been given to Ms. Antonietta Rozzi of Italy, and under the organisation category, Japan Yoga Niketan has received this award. I would be very happy to see yoga practitioners – individuals and organisations – of Kazakhstan receiving this prestigious award as well,” said Kumar. 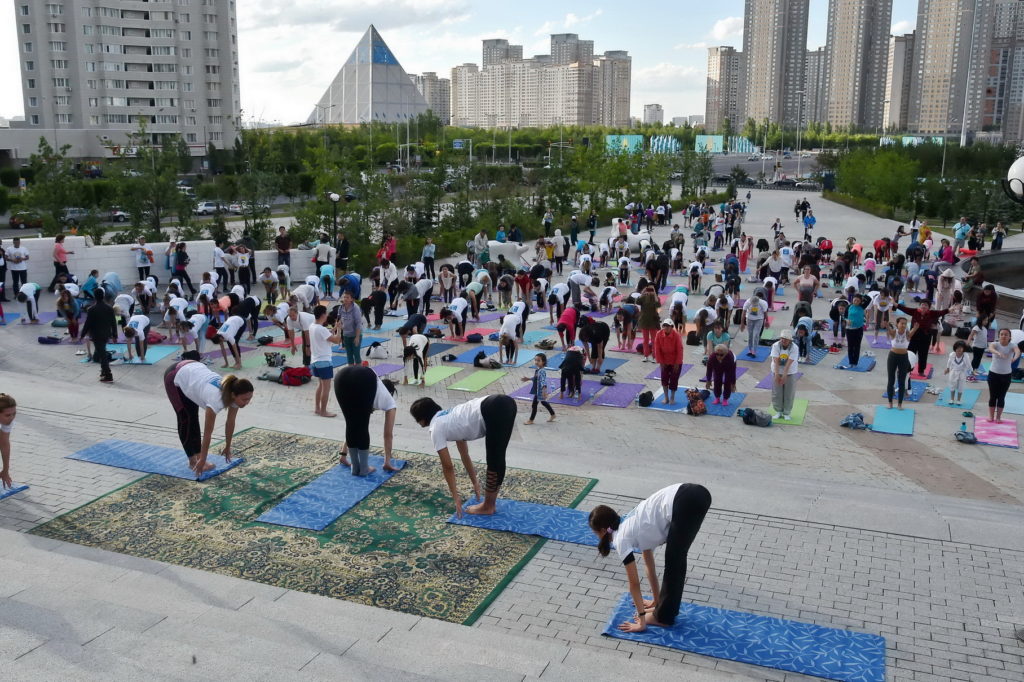 The Centre for Indian Classical Dances held yoga workshops every day from June 24 to 28 at the Ak Danat Resort in the Zerenda resort zone. International Yoga Day Celebrations finished in Nur-Sultan June 22 with a grand finale organised in the forecourt of the National Museum of the Republic of Kazakhstan.

The events in Nur-Sultan were organised with the support of the Nur-Sultan akimat and the akimat of Saryarka District, with the National Museum as a venue partner. ONGC Videsh Limited and Tengri Bank sponsored the celebrations, and Turan mineral water and Yoga Family, Astana supported activities.

The events are intended to promote yoga and disseminate information about the benefits of a regular yoga practice, particularly for city residents susceptible to stress and lifestyle-related illnesses. Demanding schedules can lead to substance abuse, alcoholism, diabetes and other evils, practitioners say. Yoga offers a solution for these problems by combining physical, mental and spiritual pursuits to achieve harmony of a body and mind. Yoga’s emphasis on unity and harmony should also resonate as nations of the world tackle global challenges, its promoters note.

International Day of Yoga has been celebrated every year since 2015 after 177 UN member states co-sponsored a resolution declaring June 21 the day of its recognition.