By Dilshat Zhussupova in Sports on 14 June 2019 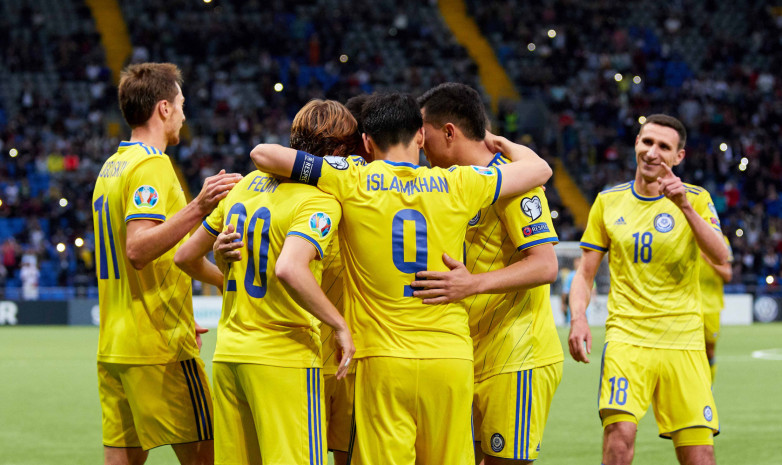 “Kuat’s breakthrough on the stroke of half-time proved pivotal as Kazakhstan grew in confidence after breaching a San Marino defence that had looked stable to that juncture. The second goal put the game out of reach and the home side exuded confidence thereafter, their belief perfectly illustrated by two long-range efforts that sealed a resounding success,” UEFA.com reported in its match summary.

The Union of European Football Associations (UEFA) Euro 2020 qualifying tournament will determine the 24 UEFA-member men’s national teams advancing to the finals. According to the new qualification system, 20 teams will progress to the finals via the traditional group method and the remaining places will be decided through the 2018-2019 UEFA Nations League.

Fifty-five national teams were split into 10 groups in the qualifying draw, with Kazakhstan landing in Group I with Belgium, Cyprus, Russia, San Marino and Scotland. Qualifying games began in March and will continue throughout November, with the top two teams from each group progressing to the finals.

Belgium now holds the lead in Group I standings with 12 points, followed by Russia with nine points, Kazakhstan with six points, Scotland with six points, Cyprus with three points and San Marino with zero points.