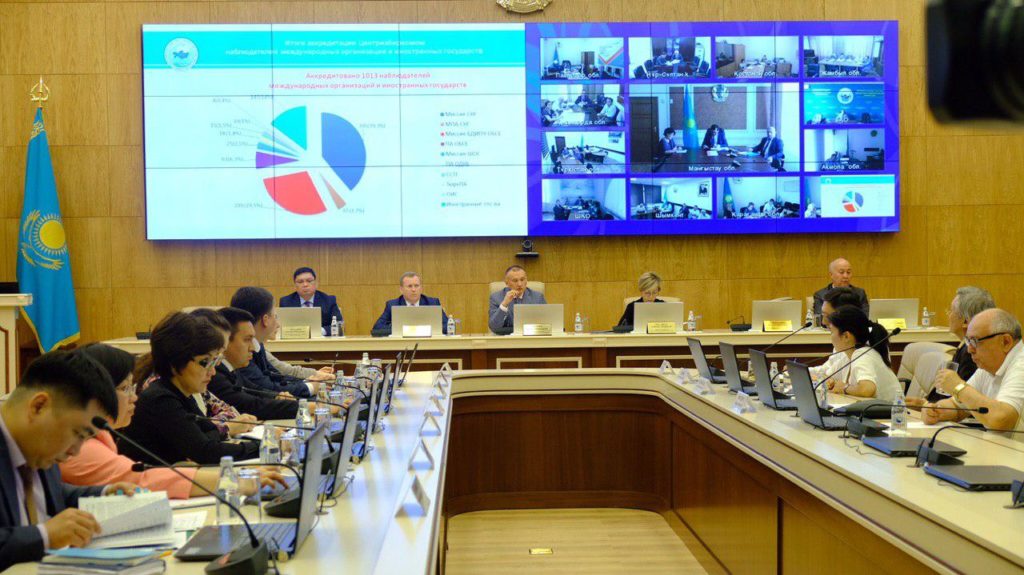 Eleven observers from the Commonwealth of Independent States (CIS) mission, two observers from the Election Observation Mission of the Office for Democratic Institutions and Human Rights (ODIHR) of the Organisation for Security and Cooperation in Europe (OSCE) and 33 observers from China, Georgia, India, Palestine, Russia, the United Kingdom and the United States were accredited at the June 3 meeting.

“The CIS mission observers have extensive experience in observing elections in Kazakhstan, including the presidential elections – more than 700 observers from the CIS took part during the previous two election campaigns in 2015-2016,” said First Deputy Chairman of the Executive Committee – Executive Secretary of the CIS Viktor Guminsky at a May 20 meeting. “We have established a mission headquarters, and today we are working on preparing our mission, fulfilling its functional duties to monitor the preparation and conduct of presidential elections.”

Guminsky noted the headquarters most important function is “to monitor compliance with the transparency of all electoral processes.”

“We also observe how the processes are carried out in accordance with the legislation during the opening of polling stations, whether there are any violations, for example, if a person voted twice. We need transparency and accessibility while counting votes,” he said.

The ODIHR mission is led by Ambassador Urszula Gacek and consists of a core team of 12 experts based in Nur-Sultan. Its 22 long-term observers were deployed throughout the country in multinational teams of two from May 14 and 300 short-term observers will arrive a few days before the election.

“The mission will assess the election’s compliance with OSCE commitments and other international obligations and standards for democratic elections, as well as with national legislation. Observers will closely monitor voter registration, candidate registration, campaign activities, the work of the election administration and relevant government bodies, election-related legislation and its implementation and the resolution of election-related disputes. The mission will also monitor media coverage of the campaign,” reads a release.

On election day, the mission will join efforts with the delegation from the OSCE Parliamentary Assembly to monitor the opening of polling stations, voting, the counting of ballots and the tabulation of results.