By Aidana Yergaliyeva in Sports on 11 June 2019 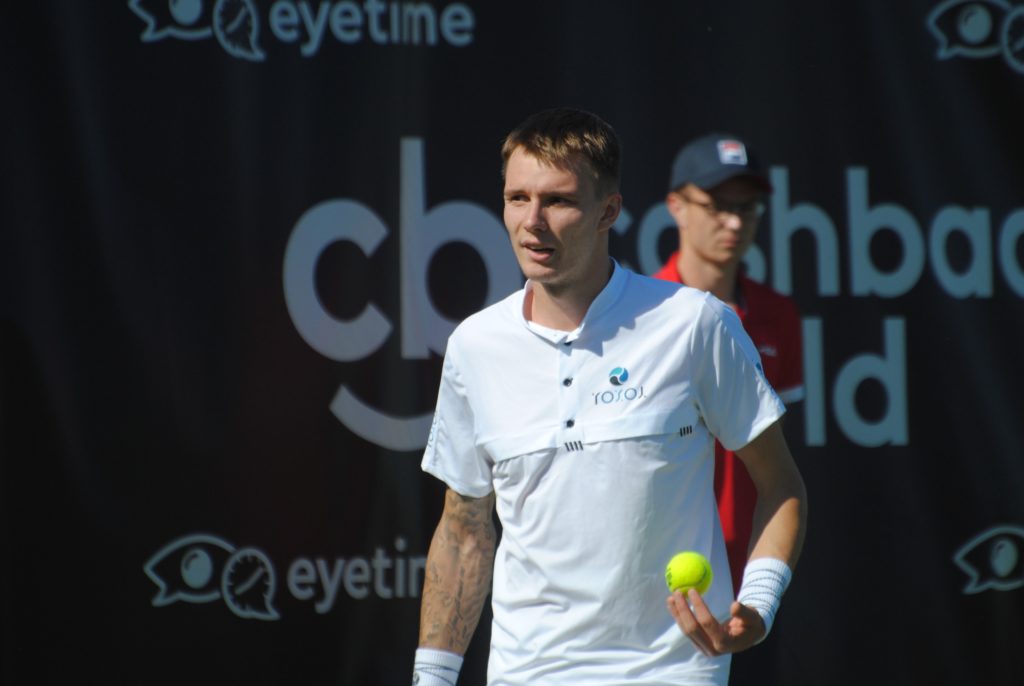 The first set of the qualifying match started June 9. Lopez led 7-5, 6-4 when the second set was suspended the following day due to rain.

Bublik defeated Hiroki Moriya of Japan June 8 in the first match of the qualifying stage. He needed just 52 minutes to win 6-0, 6-3.

The Mercedes Cup, the Association of Tennis Professionals (ATP) World Tour 250 series tournament, has a prize pool of $824,764. In addition, the winner receives a Mercedes-Benz car.

The Stuttgart Open was first held in 1898. The tournament, which changed from clay to grass in 2015, opened this year’s grass court season. The corporate sponsor has motivated the competitors with a new vehicle since 1979.

As of June 10, 21-year-old Bublik ranks 85th in singles. He clinched three titles in this year’s ATP Challenger Tour and advanced to the second round of the French Open, firing 17 aces and winning 62 per cent of the total points played.

Bublik lost in the second round of the tournament, falling to Austrian Dominic Thiem, the world’s fourth seed, 6-3, 6-7, 6-3, 7-5. Yet he showed himself to be a strong player, serving underhand twice in the first two sets and winning both points.

“It was very difficult. For me, he is a challenging opponent, because there were almost no draws. He did not give me a rhythm at all and he did it well,” said Thiem, reported sports.kz.

“At this tournament, he made a certain step forward,” said honoured coach of Russia Boris Sobkin to GoTennis.ru.

The ATP Challenger Tour is a series of professional tennis competitions. In recent years, more than 150 events (178 in 2008) have been held annually in more than 40 countries, including those where tennis is a new sport. Players who succeed on the international men’s ATP Challenger Tour earn ranking points to become eligible for the main draw or qualifying draw entry at ATP World Tour tournaments.