NUR-SULTAN – Iowa University’s International Writing Programme (IWP) along with the Bureau of Educational and Cultural Affairs at the U.S. State Department organised May 20-26 the Lines and Spaces reading tour to Almaty and Nur-Sultan. The tour was meant to connect Kazakh and American writers. 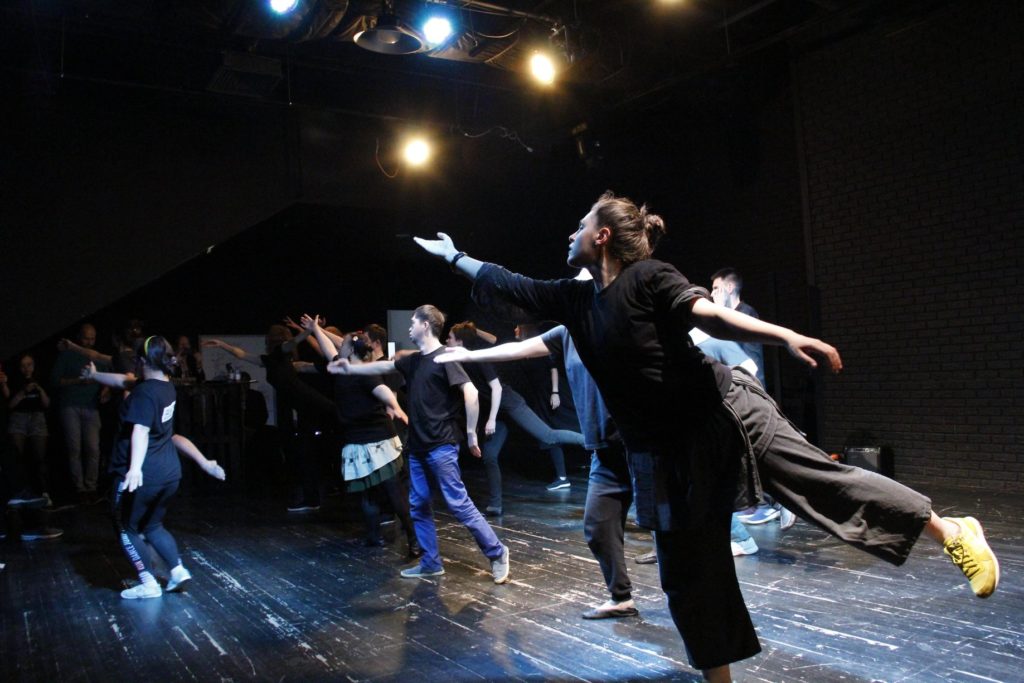 In Almaty, a group of American creative professionals consisting of writer and Interdisciplinary Disability Programmes Director Stephen Kuusisto, North Carolina Black Box Dance Theatre Director Michelle Pearson and Iowa University’s Associate Professor of Jazz and African American Studies Damany Phillips worked with 30 local participants for three days on the programme, which was focused on social integration and inclusion. The programme culminated in a public performance at the SmArt.Point space. The participants gathered to write poems, choreograph dance and compose an original piece of music.

“The project that we are doing in Kazakhstan starting in Almaty was to work with abled and disabled bodies to generate new texts, to create dances and make new music and that came into performance last night, where we had lots of writers reading their works, musicians playing new compositions and dancers from inclusive theatre. It is a way to talk about larger issues of inclusivity,” IWP Director and writer Christopher Merrill told The Astana Times, referring to the May 24 performance in Almaty. 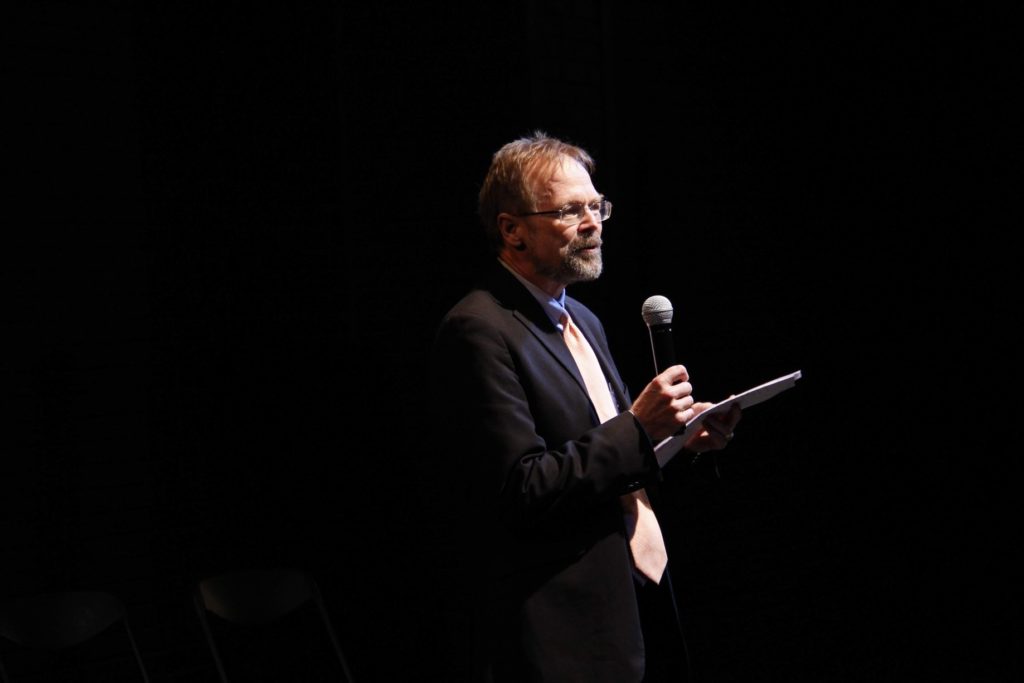 “We write lines, we are interrogating new spaces, geographical and cultural spaces,” said Merrill about the tour’s title.

During the event in Almaty, U.S. Consul General Eric Meyer stressed the Lines and Spaces programme and the artists’ performances are an excellent example of American and Kazakh cultures’ connection that brings together people with unlike experiences for a common creative goal.

In the capital, the Line and Spaces’ creative group organised music workshops, jam sessions at the Kazakh University of Arts, creative and memoir writing workshops, a meeting with students from the Drama Club at Nazarbayev University and a dance workshop at the Kazakh Academy of Choreography among other events. 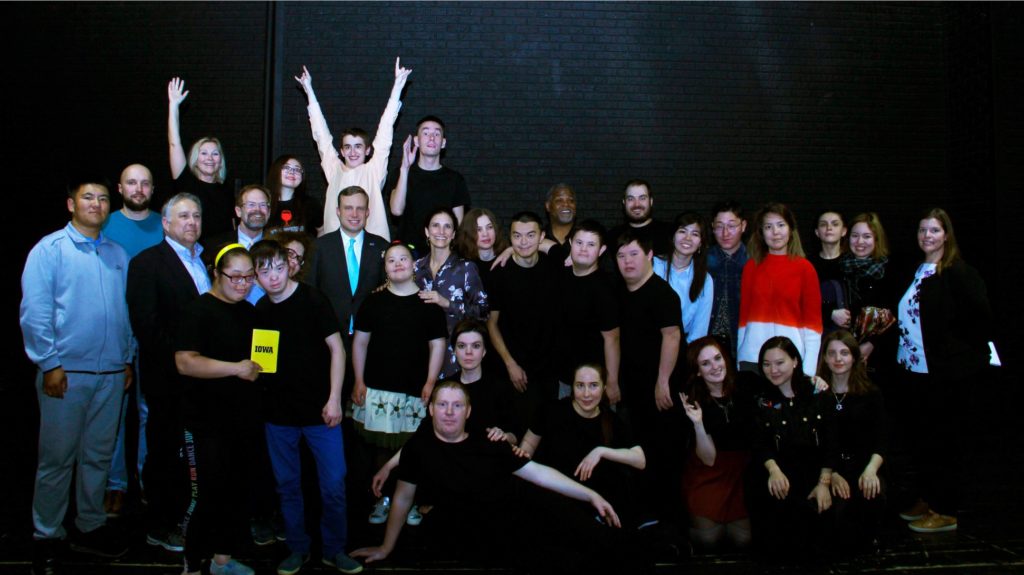 During the workshop for school students, Merrill and IWP Women’s Creative Mentorship Project Coordinator Cate Dicharry talked about IWP free online courses and the Between the Lines summer programme, including how to apply for it and travel to the United States to become a part of a diverse community of young writers and learn from experienced American writers for 15 days. 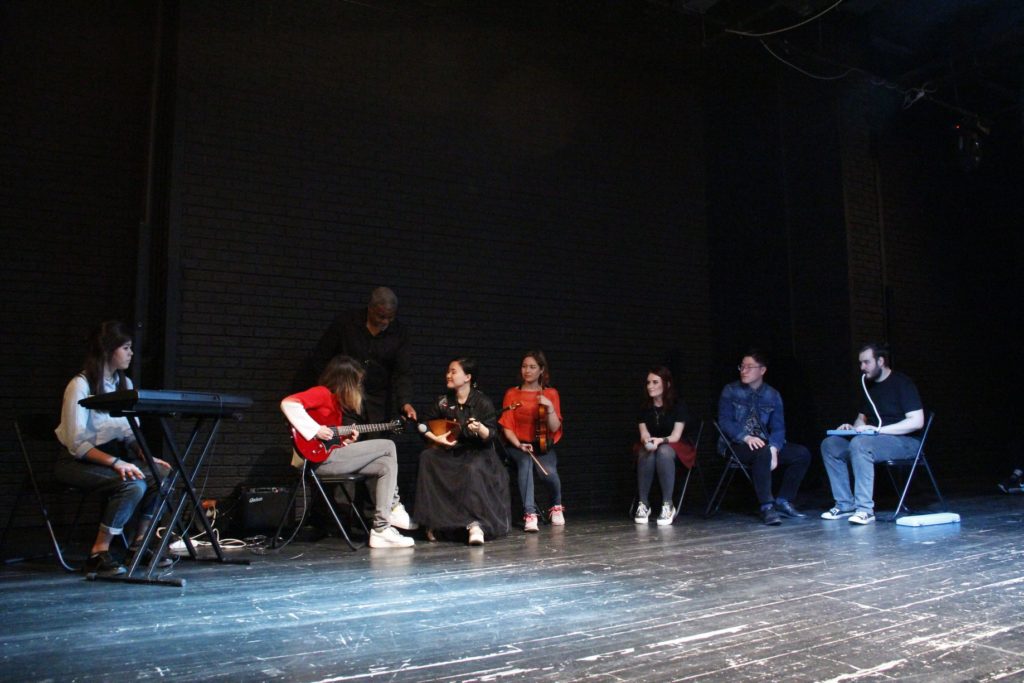 “The International Writing Programme was founded in 1967 and we think of it as the United Nations of Writers that brings together writers from around the world every fall. Maybe 30-35 writers, who come to write, readings, panel discussions, but more than anything to be in a conversation with the counterparts from parts of the world,” said Merrill.

“What we are looking for are early and mid-career writers, who have published at least one book and are open to an intensive experience of being in dialogue,” he said.