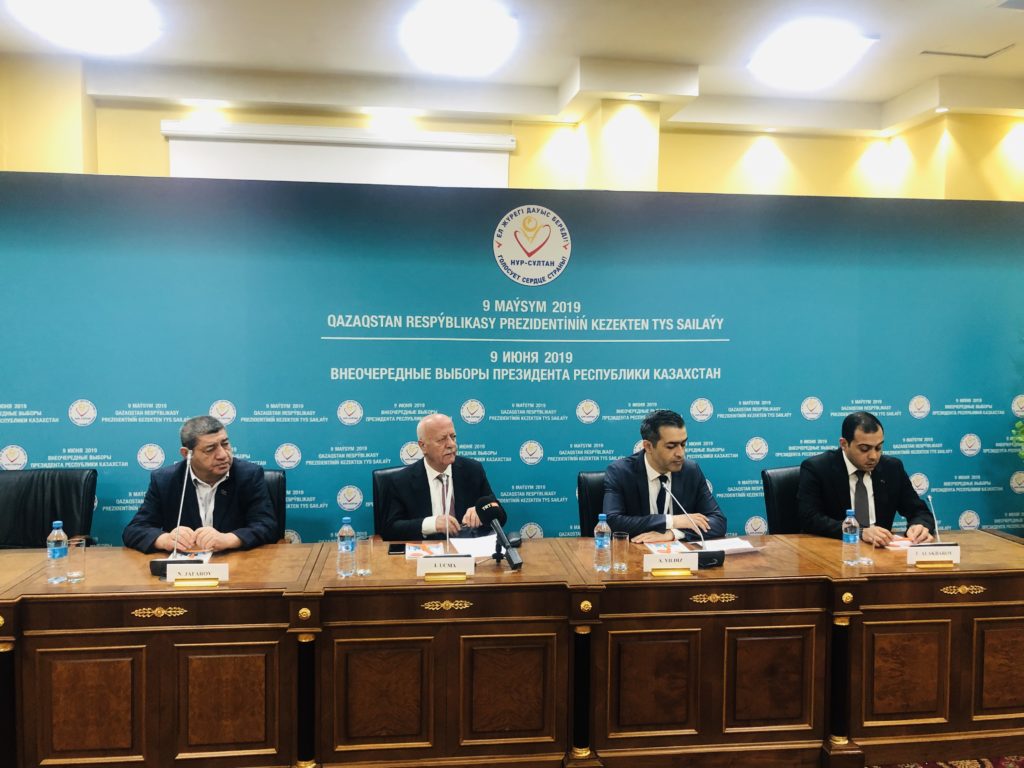 Delegates of the Election Observation Mission of the Parliamentary Assembly of Turkic Speaking Countries (TURKPA).

This year, the country’s Central Election Commission (CEC) accredited 1,013 international observers, including 866 from nine international organisations and 147 from 41 foreign countries. The following observations were made by various election observation missions. 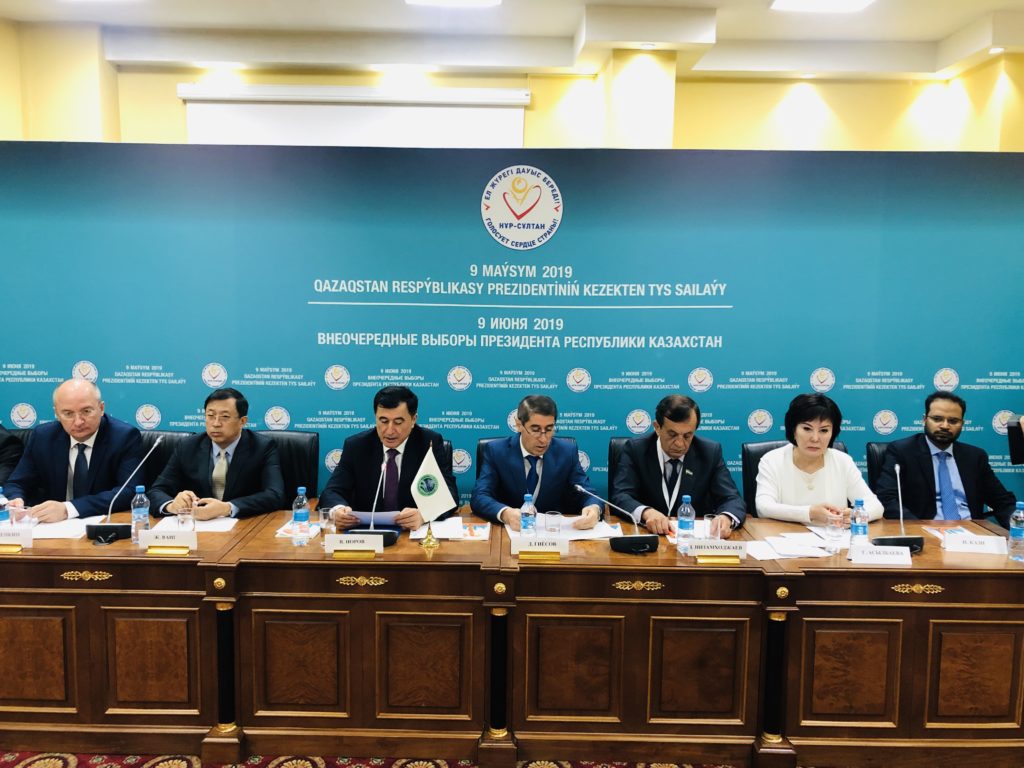 Delegates of the Election Observation Mission of the Shanghai Cooperation Organisation (SCO).

Norov noted all legislative-level conditions were created for the electoral process. The mission paid attention to innovations to improve the electoral legislation, adding it has undergone significant changes since previous presidential elections.

“In 2017-2018, the additions and changes were made for further democratisation and increased publicity of early elections and creatinged favourable conditions for citizens to deal with their voting rights. More than 4,000 people under investigation were able to vote in 16 closed polling stations,” he said.

All the candidates were guaranteed equal access to the media to campaign. The campaigns were held in accordance with the law.

RATS executive committee director Jumakhon Giyosov said observers from party, public and media organisations took part in the electoral process, adding their work was “of great importance in ensuring compliance with electoral legislation.” The elections were efficient and well organised.

The observers worked in the capital, Almaty, Shymkent and Turkestan.

The observers concluded the presidential elections were held in accordance with national legislation and international election standards, noted mission head and Turkish Grand National Assembly member Ismet Usma. The mission did not observe any significant violations or deviations from the legal framework.

“The voting was held in a calm atmosphere, without any incidents. According to the Central Election Commission, voter participation reached 77.4 percent. We want to note that this is a rather high rate of participation in elections and this is one of the indicators of democracy, the development of democracy,” he said.

The observers had the opportunity to watch voting, ballot counting and tabulating results and talk to voters and officials at the polling stations.

The widespread election coverage by the country’s media outlets is “an element contributing to the legitimacy and transparency of the election process,” he said.

The mission was composed of Turkic Council Secretariat officials, CEC members, academicians and government officials from member states Azerbaijan, Kyrgyzstan and Turkey. They visited 38 polling stations, including 15 in the capital and 23 in Almaty.

The observers confirmed the election was open, transparent and competitive and complied with national legislation and internationally recognised election standards.

“The polling stations were mostly accessible for persons with disabilities. There were also Braille alphabet templates for blind voters and mobile ballot boxes for those who could not cast their ballots at the polling stations. The mission observed no attempts by any outsiders to influence voters. People were given full access to their polling stations and received necessary information from polling station officials,” said Gozalov.

“The observers noted a few violations, which, according to the mission, could not affect the election results in their reports. The members of the mission observed the counting of votes and noted that it complied with constitutional law,” he said.

Approximately 432 CIS mission observers, including 20 long-term observers, monitored the campaign. They visited all regions of the country.

Special coordinator and OSCE short-term observer mission leader George Tsereteli, speaking at the June 10 press conference in the capital, noted the election represented “an important moment for Kazakhstan’s society, as this was the first time that the long-serving first president was not running.”

The election took place within a legal framework, however, which limited competition “due to the strict eligibility criteria and the electoral mechanisms and guidelines still need refining,” he Tsereteli, who serves as OSCE PA President, said.

“The expectations of the Kazakh people are high that the new President will strengthen democratic institutions, implement social reforms and promote civil society development in line with OSCE commitments… It is crucially important for the leadership of the country to seize this opportunity and to advance constructive dialogue with the political actors in society as a whole,” he added.

Margareta Kiener Nellen, head of the OSCE PA delegation, noted for the first time in the history of the independent Kazakhstan “a woman stood as a presidential candidate after defeating five male colleagues in a tough internal competition.”

She indicated it was a positive development and hopes it will contribute to the greater integration of women in politics on all levels, especially in Parliament, not only in Kazakhstan, but also in all other OSCE-area countries.

“According to previous OSCE concerns and recommendations, the Central Election Commission of Kazakhstan deployed efforts to increase the accuracy of voter lists for this early presidential election. Those positive efforts included crosschecks and enhanced electronic integration of voter lists with the state civil registry. We hope that Kazakh authorities will continue working on implementing our recommendations, including the ones that will be written in our final report, to bring the legal framework and practice further in line with international standards as we stand ready to assist Kazakhstan in this process,” said Nellen.

The mission consisted of 339 observers from 40 countries, including 290 ODIHR-deployed experts, long-term and short-term observers and 49 OSCE -PA parliamentarians and staff.