By Dilshat Zhussupova in Business on 14 June 2019 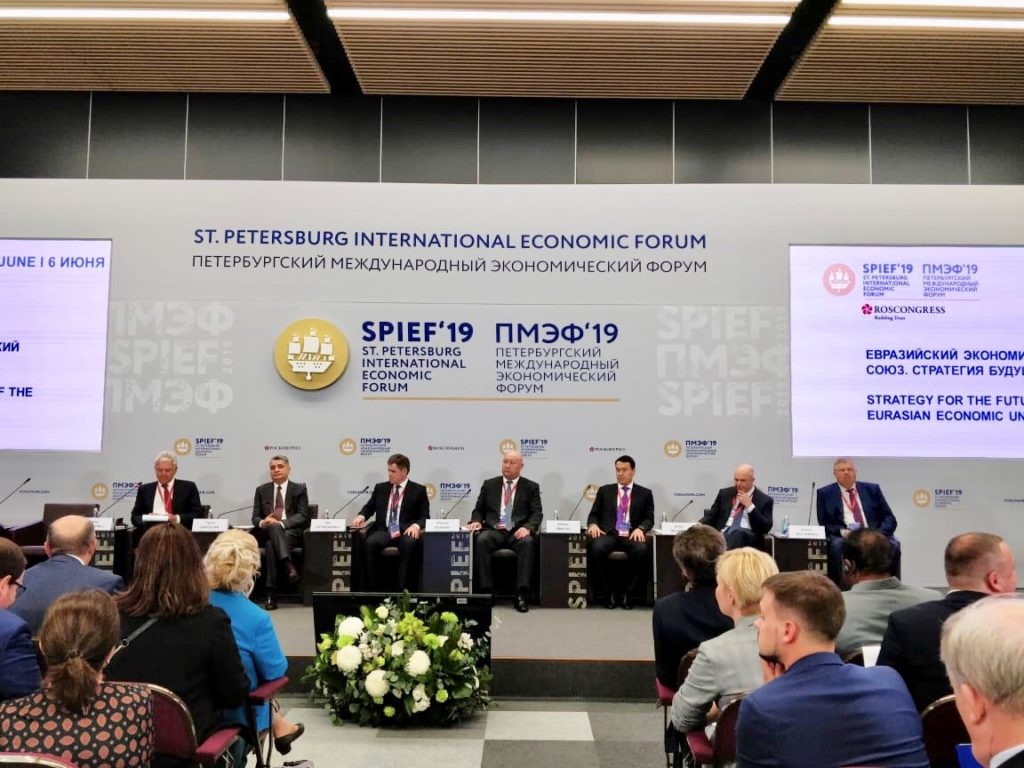 Since 1997, SPIEF has gathered more than 10,000 heads of state, political leaders, experts and Russian and international chief executives from more than 120 countries every year to discuss global challenges facing Russia and key issues in the world economy, regional integration and development of new industrial and technological sectors.

The inclusion of a social agenda in the forum’s programme was an important innovation at last year’s event, where 593 investment agreements worth $40.53 billion were signed.

Kazakh Invest and Roscongress Foundation signed a memorandum on supporting and exchanging information about major investment events at this year’s SPIEF.

This year, Kazakh Invest representatives discussed infrastructure development opportunities with Russian company VIS Group, which has implemented more than 70 large-scale projects in energy, manufacturing, transportation and oil and gas infrastructure in 23 cities in Russia and Europe.

The representatives also met with Russian company Cherkizovo Group, a producer and processor of poultry and pork meat, agreeing to negotiate projects in poultry and pork meat production given the promising export potential of agricultural products to the markets of China and the Eurasian Economic Union. For example, American company Tyson Foods is negotiating a multibillion-dollar investment in beef production in Kazakhstan to access China’s market. China’s demand for foreign pork, beef, chicken and fish will likely increase after African swine fever’s devastating effect on its pig herds, while U.S. beef export to China suffered after the latter imposed a 25 percent retaliatory tariff in July. Setting up and exporting products from a Tyson Foods plant in Kazakhstan would mean a tariff of just 12 percent.

More than $24 billion was invested in Kazakhstan in 2018, which is more than 90 percent of Central Asia’s total foreign direct investment for that year. The country also jumped to 28th place in the 2019 World Bank Doing Business Report, having occupied 36th place in the 2018 report. Developing initiatives, such as the new Coordinating Council, chaired by Prime Minister Askar Mamin and aimed at attracting and protecting foreign investment, will be an additional instrument for newly elected Kazakh President Kassym-Jomart Tokayev to sustain the investor confidence demonstrated at this year’s SPIEF.