NUR-SULTAN – The International Eurasian Film Festival to be held in Nur-Sultan from June 30 to July 6 will include the usual film screenings and award ceremonies, as well as master classes and promotional events to Kazakh filming locations, the festival press service reports. 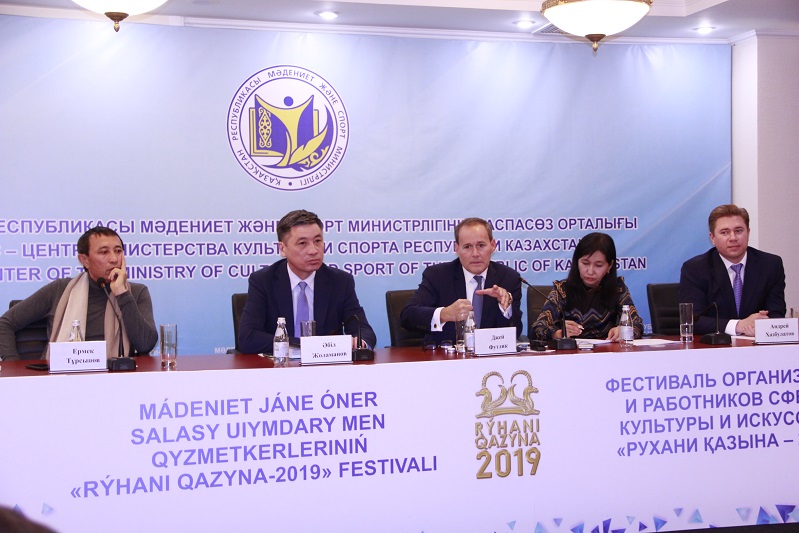 Films from China, France, Russia, North Macedonia, Italy, the Philippines, Israel, Ukraine, Australia, Kazakhstan and other countries will compete for the main award in the feature film category, and films from Tajikistan, South Korea, Belarus, Iran, Uzbekistan, Japan, Kazakhstan and other countries will jockey for the best short film award. The awards ceremonies are to take place during the festival’s June 30 opening and July 6 closing ceremonies in the Kazakhstan concert hall.

Ten Kazakh films are also to be shown outside of the festival programme in such special categories as The Viewfinder, Special Event, From the Heart of Eurasia, NetPAC Choice and other categories. The screenings will be held at the Chaplin Khan Shatyr movie theatre throughout the entire festival.

A festival jury in cooperation with FIPRESCI (Fédération Internationale de la Presse Cinématographique, an international film critics and film experts organisation based in Paris) and NetPAC (the Network for the Promotion of Asian Cinema, a pro-Asian film critics, directors, festival organisers and juries organisation based in New Delhi) will decide which films will be recognised.

Kazakh filmmakers and critics will conduct master classes from July 1 to July 5 in the Rixos Hotel as a part of the festival programme. Educational and promotional events for local filmmakers, as well as the signing of film industry agreements, are scheduled for the event, head of the Department of Culture and Art of the Ministry of Culture and Sports Abil Zholamanov said.

“This year, as a part of the festival, a group of American producers will come to Kazakhstan. They intend to discuss joint filmmaking with Kazakh partners. Among them are representatives of Lionsgate, NBC Universal, Warner Horizon, Discovery and Global Film Solutions film production companies. A major role in the organisation of this tour rests with our guest today, Mr Footlik, who made it possible,” Andrei Hazbulatov, head of the State National Film Support Centre, said.

“We, Hollywood film producers, are happy about the adoption of the Law ‘On Cinematography’, which opened up a lot of opportunities for both Kazakhs themselves and us in terms of implementing successful film projects… Kazakhstan in this respect is the most attractive country: accessible diverse landscapes, infrastructure and trained local technical staff. I am sure our countries will jointly implement many successful film projects,” Footlik said, acknowledging Kazakhstan’s potential in the international film industry.

The Law “On Cinematography” includes, among other Kazakh film industry promotion measures, state subsidies covering up to 30 percent of production costs in Kazakhstan for foreign film companies that decide to shoot in the country.