NUR-SULTAN – The Kazakh capital will celebrate its 21st birthday July 6. As part of the celebration, approximately 100 events will be held, 73 of which will be free. 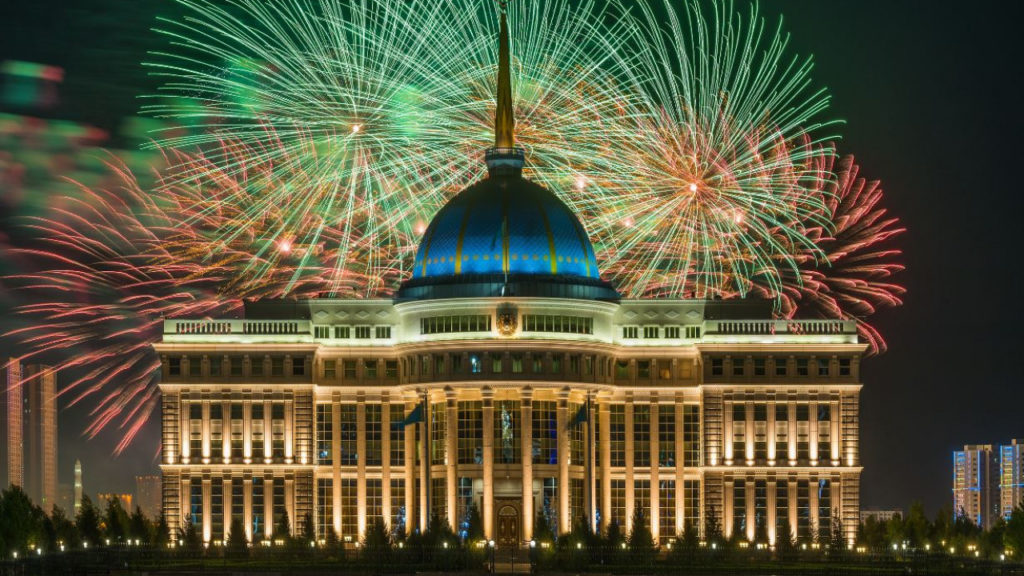 Some scheduled events were cancelled because of the recent tragic explosions at an ammunition depot in Arys. The explosions killed at least three people and caused the evacuation of thousands from the city.

“It is worth noting that annually the celebration of the Day of the Capital includes more than 300 events, but this year, in order to optimise costs, the budget for the festive events was reduced by three times. Such major events as Open Air with the participation of Kazakh and Russian pop starts, an open air gala concert, mass festivities on the main squares of the capital and other costly activities were removed from the schedule,” said Deputy Akim (Mayor) of Nur-Sultan Yerlan Kanalimov at a briefing in the Central Communications Service.

The celebration day events will be held at eight residential areas in the outskirts of Nur-Sultan, parks, squares, boulevards and along the Yessil River embankment. Locating the celebrations throughout the city is meant to avoid mass congestion in the central part of the city and concentrate as much as possible on ensuring public safety.

“According to calculations, we will spend 300-400 million tenge (US$800,000-$1 million), no more. This is much less than before. We have to cut the budget three times. This is not only a culture, it is the improvement of facilities, security, the device stage, technical equipment,” Kanalimov said.

He also said the celebration cannot be cancelled completely.

“You cannot completely cancel it. It’s much more modest than it was. The Capital Day marks the 21st year. This is already a favourite holiday not only for the capital residents, but for all Kazakh people. It is held in the summer period, three days off, a lot of people come to us from all regions of the country. The city’s population is 1.1 million people, plus foreign tourists come to this. That is, we can’t cancel it completely. Everyone needs rest, whatever it is,” Kanalimov explained.