Candidates vote for next Kazakh president, expect elections to be fair

NUR-SULTAN – The seven people who sought to become the next president of Kazakhstan came to vote to exercise their constitutional right during election day June 9. 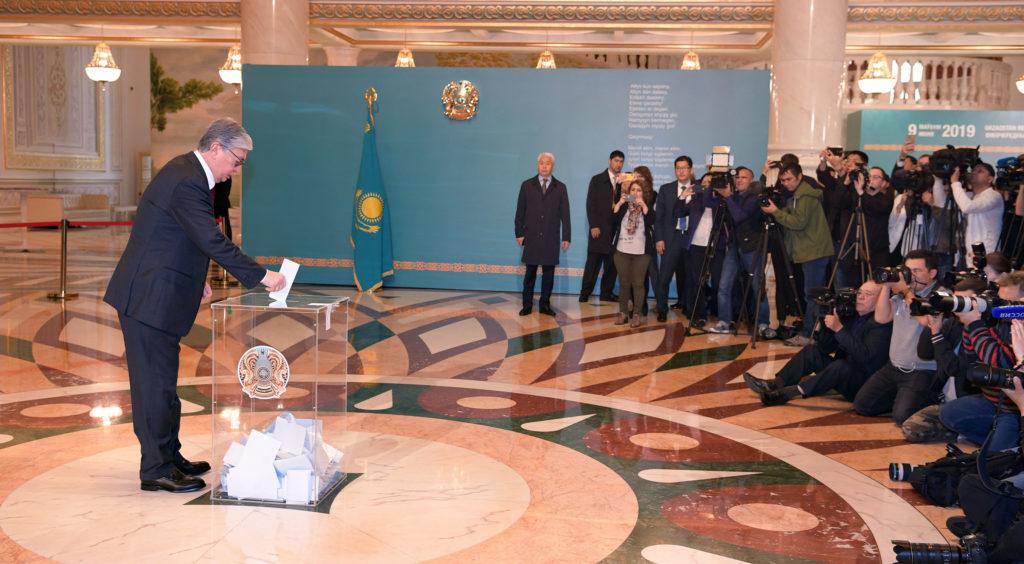 Among the candidates, Zhambyl Akhmetbekov of the Communist People’s Party came to a polling station first at around 8 a.m. in Nur-Sultan.

“Our agitators and volunteers did everything to bring all the details of the election programme to the people,” Akhmetbekov said after casting his vote.

“For all of us, this is a special day. That is why I came here today accompanied by my loved ones. My mother is with me. She has not missed a single election campaign in her entire life,” Akhmetbekov said.

Ak Zhol Party candidate Dania Yespayeva, the first woman candidate for the presidency in Kazakhstan, arrived at a polling station at around 10 a.m.

“Today is the biggest day in my life,” said Yespaeva after she voted. “I think that everything is going well and openly. Imagine yourself, there are seven candidates and there are observers from each. This is a guarantee of the transparency of the elections.” 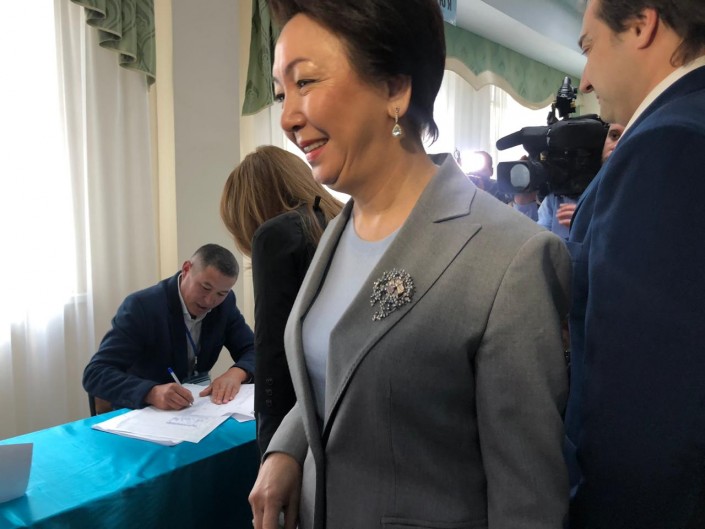 After 9 a.m., incumbent President and candidate Kassym-Zhomart Tokayev arrived to vote at the Astana Opera Theatre.

“Today, as a citizen of our country, I voted in the election of the president of the Republic of Kazakhstan. I am confident that our people will show their civic activism and vote for the future of our state,” said Tokayev in his Twitter post.

After casting his ballot, journalists asked him about youth protestors with slogans “Tokayev is not our president!”

“My message to the youth is positive. It doesn’t matter who they protest against, I believe that young people are part of our people. We must together overcome the barriers that exist in the world today. The world is very unstable. In any case, we must be tolerant to who expresses protest moods,” said Tokayev.

Amangeldy Taspihov from the Federation of Trade Unions of Kazakhstan (FPRK) came to a polling station with his wife, Elmira Taspikhova.

“The mood is very good, vigorous. Everywhere we felt the support of the population. They know that there are trade unions, they rely on trade unions. In principle, all those positions that we set out were strongly supported. This inspires us and gives confidence. Therefore (we have) good cheerful morning and mood,” said Taspikhova.

Amirzhan Kossanov from Ult Tagdyry Party (Fate of the Nation) who positions himself to be an opposition candidate came to a polling station last among the candidates, at noon. He was circled with first journalists, then with civilians who wanted a selfie with the candidate.

“I hope to win and, at least, to [go to] the second round,” said Kossanov. “There are no special complaints from my headquarters during the election campaign. The observations and vote count will show everything. Then you can put an assessment of the entire election campaign.” 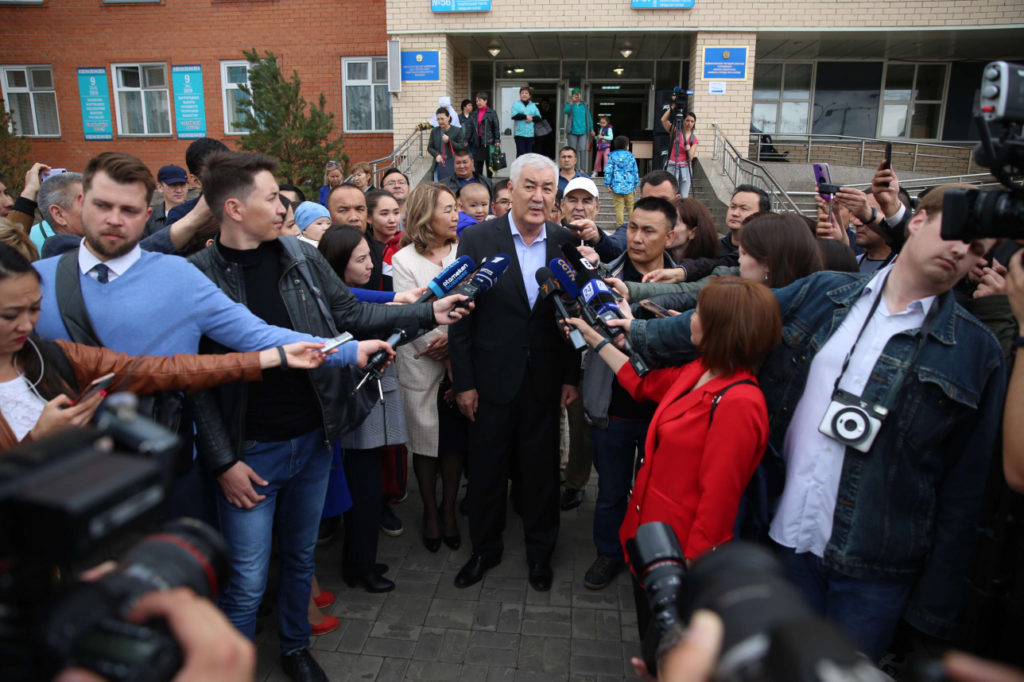 “A person must come to power who will develop the country and take care of its bright future. I urge all citizens of Kazakhstan not to stand aside today, to come to the polling stations and make their choice,” Auyl Party candidate Toleutai Rakhimbekov told 24.kz.

“This is a very important and responsible event. Today we choose what our future will be. I noticed that there are a lot of voters, while the majority are young people. This suggests that Kazakhs are not indifferent to their country. We vote with the whole family. With a sense of accomplishment, we believe that the campaign was a success,” said Sadybek Tugel from Uly Dala Kyrandary (Eagles of the Great Steppe) to 24.kz.

“Everyone participates in the presidential election. This is a historic day. It’s not just elections. People choose their future and destiny. This year’s election is special, the transfer of power to the new generation is on. Let this election bring success and well-being to the whole country,” said First Kazakh President Nursultan Nazarbayev after casting his vote.

Polling stations were open from 7 a.m. until 8 p.m. without a break for lunch.