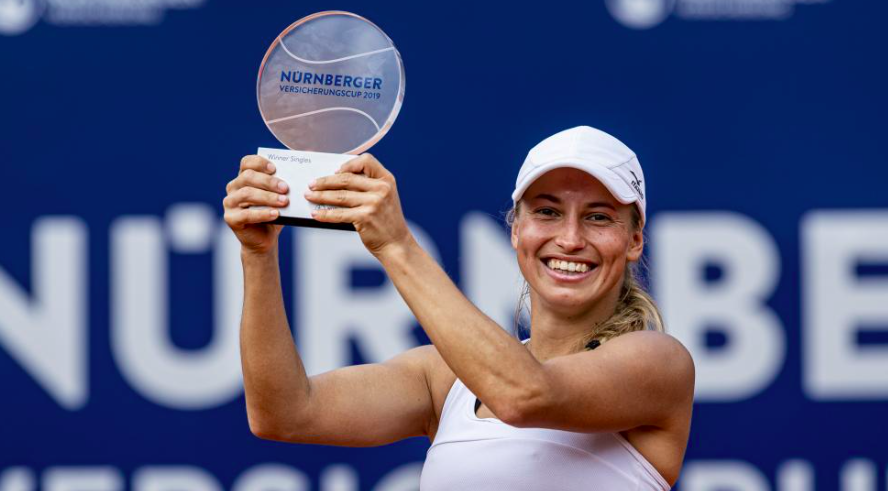 “It is unbelievable, honestly. I enjoyed myself and fought until the end. That’s what helped me to win. It was a great fight, a great game for the final,” Putintseva said on-court after the match. “There was a little bit of luck because I ran and hoped that the ball was going to go in. When I was out of position, I ran and hit some incredible shots. My character is to keep fighting.”

The second set, when Zidanšek led 6-4, 1-0 and Putintseva faced a break point on serve, was a key moment in the match.

“Zidanšek’s forehand clipped the top of the net and, rather than dribbling over to the Kazakh’s side for another break, fell back on the Slovenian’s side of the net for deuce. Putintseva held on, and Zidanšek lost serve for the first time in the second set in the next game. Though she drew level at 3-3 with her first break of the set, the Kazakh broke to love in the next game to restore a lead which she would hardly relinquish,” Wtatennis.com described the final.

“It is my best result this year, so, no matter what happened today, I played well,” Zidanšek said on-court after the match. “I am going to go from Nuremberg with my head held high.”

Previously at the 2019 Nuremberg Cup, Putintseva defeated German professional tennis player Anna-Lena Friedsam 7-5, 6-7 (5), 7-6 (2) in a three-hour, 21-minute May 23 quarterfinal, the longest in the WTA Tour season, and Romanian professional tennis player Sorana Cîrstea 6-4, 7-5 in a one-hour, 51-minute May 24 semifinal. “The (semifinal) result avenges Putintseva’s loss to the Romanian in the quarterfinals of this tournament in 2017,” Wtatennis.com noted.

Putintseva now ranks 28th in the world, one spot off of her career high achieved in February 2017. Representing Kazakhstan since 2012, she is a two-time French Open quarterfinalist and is participating in the May 20-June 9 French Open.