By Zhanna Shayakhmetova in International on 21 May 2019

NUR-SULTAN – Gender equality is the solution to our current problems and we all need to step up and speak out, said Åsa Regnér, Assistant Secretary-General and UN Women Deputy Executive Director, at the May 17 First Kazakhstan Forum on Achieving the Sustainable Development Goals (SDGs) as part of the Astana Economic Forum. 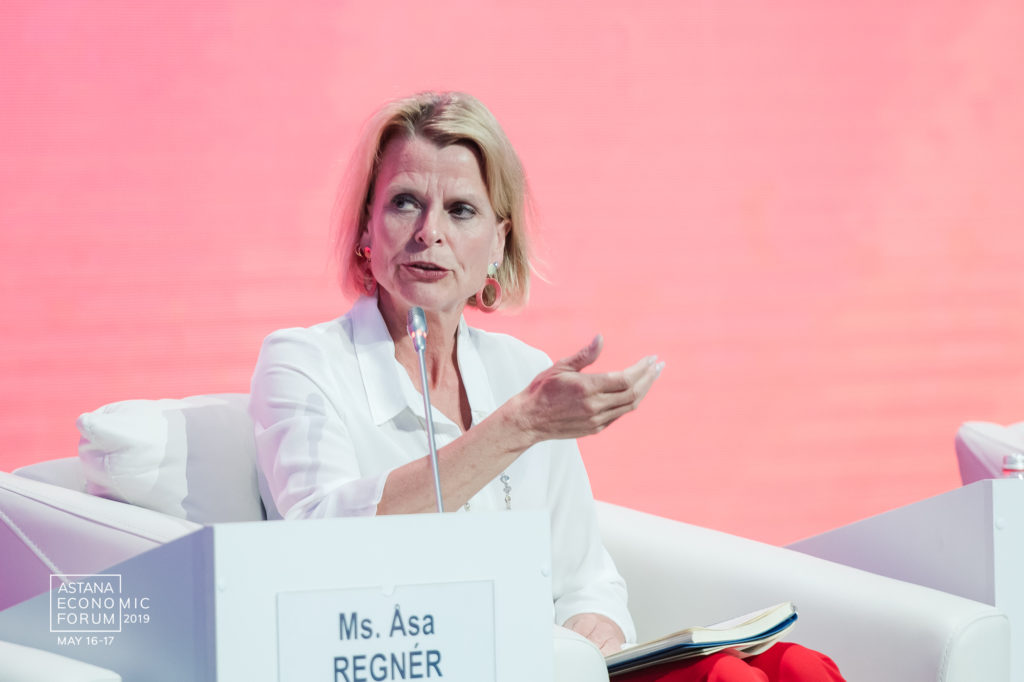 Regnér noted gender equality accelerates social inclusion and the need to create women’s autonomy with the right to decide about their own lives and their own incomes.

Social inclusion, social security and gender equality were the topics at this year’s Commission on the Status of Women, the UN’s second largest meeting after the General Assembly.

“Kazakhstan was very active this year with its delegation and they also had a side event around this year’s theme of the social protection system, access to public services and sustainable infrastructure for gender equality and the empowerment of women and girls. We have lots of evidence today that economic growth, use of education and labour force participation will be accelerated if we work with women’s rights and gender equality. Countries will have a larger basis for taxation, social security and reduction of poverty if you work with gender equality. The governments need to put some very important schemes in place; for instance, accessible care, child and elderly care for both women and men to be able to participate in the workforce,” she said.

Childcare and parental leave are important reasons for social inclusion. Financing in line with gender budgeting for these programmes is essential, too. 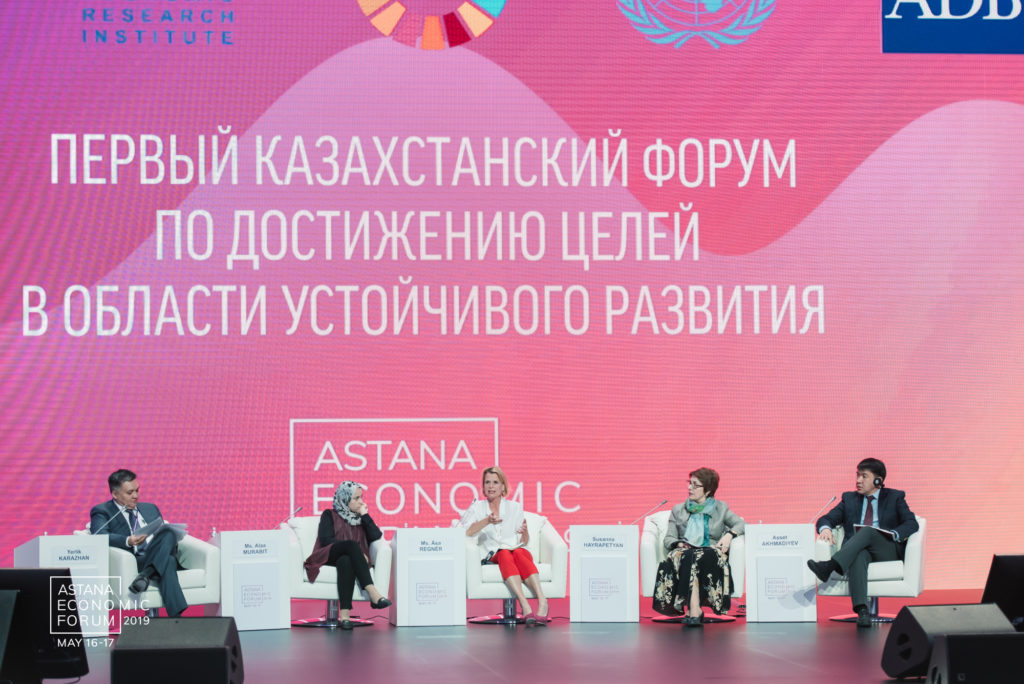 “Men are fertile their whole lives. Women have a very small amount of years when they can have children. Still, women are being punished for having children, although the kids have both a mother and a father,” she said.

Regnér also shared her impressions about the gender aspect of the SDGs in an interview for this story.

“I think it is very important to have these discussions on what the SDGs actually mean to change people’s lives and I think that this is a good platform for that. I think that it’s also good to have a session as we did about gender equality; but ideally, I think that gender equality has to be part of all the discussions, because society consists of women and men, boys and girls. What is needed is the political will and commitment from the highest level and funding. It is the member states [of the UN] who are responsible for implementing the SDGs. They have to have the political will not only to work with the SDGs, but also to do this power shift from men to women, actually because men have power just for being men. And women have less power just because they are women. If we are to fulfil the SDGs, there has to be a certain power shift and it definitely has to be a shift in budgeting, resource allocation and taxation as well, because otherwise the gains will not be sustainable,” she said.

The gender pay gap is a worldwide issue and there are different ways of addressing it in different countries with different traditions.

“For instance, in Sweden, if you are an employer of a company with more than 20 employed people, you have to map what you pay every worker; you have to do a mapping of everybody at the workplace in relation to gender. Every country should find its own way to ensure equal pay between women and men,” she noted.

Regnér provided some recommendations for women who want to find a balance between running a business and a family.

“Men should share unpaid work with women. They should also share the care of their own little babies. Normally, men who actually do care for their children find that it is very gratifying. We know that when a child has been close to the father and the mother in the early ages, as a newborn and a toddler, they also connect with the father later in life, as a teenager or as a grownup, which men tend to really appreciate. The government should introduce childcare schemes, elderly care schemes and social security so that women and men can have a life, but also have paid work. These are normally quite expensive issues for a government, but examples in the world show that investing in it actually pays off. If you have a huge labour force with both women and men, you have a stronger economy and inclusive growth,” she said.