By Zhanna Shayakhmetova in International on 16 May 2019

NUR-SULTAN – The United Kingdom and Kazakhstan have enormous potential in all sectors, said Baroness Emma Nicholson of Winterbourne, the U.K. Prime Minister’s Trade Envoy for Kazakhstan, in a recent interview with The Astana Times. 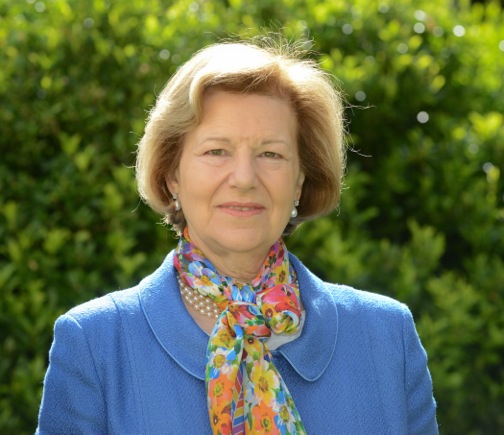 The U.K. is one the five largest investors in Kazakhstan, with gross direct investment of approximately $13.3 billion from 2005-2018. Currently, more than 860 legal entities, branches and representative offices with British capital are registered and more than 500 commercially-active companies are in the country, from oil and gas and mining to agriculture, infrastructure to education and financial and professional business services to hi-tech.

“I’ve been to Atyrau, Almaty and Nur-Sultan and in each of those cities I’ve had the chance to meet important international British and Kazakh businesses together with higher education institutions, universities and schools. It’s been a well-rounded, rich visit with plenty of potential,” she noted.

To improve healthcare cooperation, Nicholson and Deputy Minister of Healthcare Kamalzhan Nadyrov discussed a partnership of Manchester-based Christie Hospital, one of the largest cancer treatment centres in Europe, and the oncology centre in Ust-Kamenogorsk.

“We’ve held a detailed meeting on agriculture food production, food processing and food distribution with the Kazakh Ministry of Agriculture. We have some opportunities already up and running, but we have many more to come. We discussed the Belt and Road Initiative with Kazakh Foreign Minister Beibut Atamkulov, as Britain is seeking more possibilities in the land corridor. Britain is moving from the European Union and we are going to remain very close indeed. The senior economist of the German government declared that Britain’s economy would do better outside the European Union because it’s an unusually flexible economy. He said the constraints of the European Union as it grows and tightens in the middle are simply too much to allow it to grow,” she said.

In Almaty, Nicholson participated in a WeAlmaty forum organised by the British Council and city administration.

“Almaty is the most beautiful city in terms of antiquity. We walked around the city with some young people who were working on city improvement. That was very interesting. They studied in the U.K. and now they are working in the city,” she said.

“We discussed the potential for movement in the city for the disabled with the city administration. The British Council is implementing a project with disabled people themselves doing field visits, collecting data and coming back and sharing the data and then putting pressure on those buildings and switching from institutions which do not fulfil the excellent regulations, because it seems that there are wonderful regulations but people are not actually implementing them. The regulations are there, but they’re not being achieved,” she noted.

From the British point of view, the Kazakh investment climate is open, beckoning, welcoming and superb.

“We discussed opportunities for cooperation with Samruk Kazyna as Kazakhstan makes further progress in its privatisation programme. Kazakhstan has already had one very successful IPO of Kazatomprom last year and we look forward to further IPOs in due course,” she added.

“This a huge example of a real breakthrough.” she added.

The British Council plays a major role in stimulating creative links between the U.K. and Central Asia.

“We’re now looking at the third year of our Creative Central Asian programme, which brings together creative and cultural leaders from the U.K. with people and institutions here to really bring the best of the U.K.’s creative economy to aid Kazakhstan. I think that is one area where, both in Almaty and Nur-Sultan, we can make further progress. So, I think creative input in the creative industries in the U.K. is a pretty important part of our economy and we want to help bring that expertise here for the future,” she said.