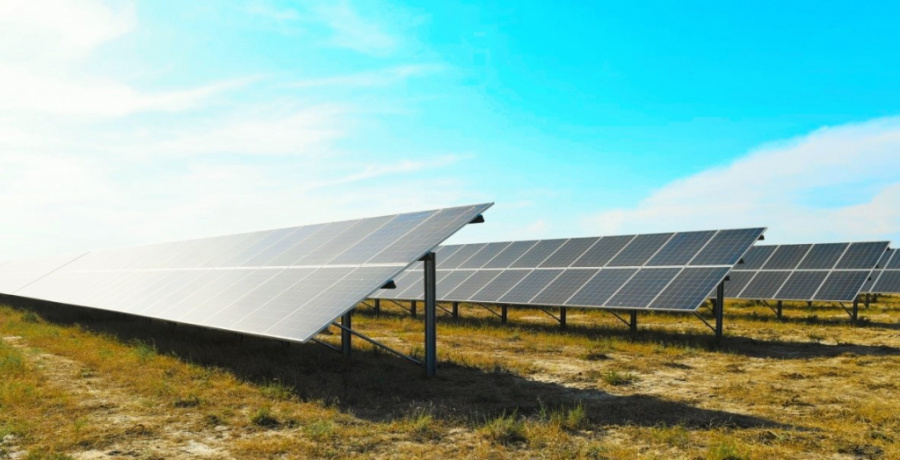 The alternative energy will cover 30 percent of the region’s energy demand. Solar power plants are being built in the Saryagash and Suzak districts and Arys and Kentau cities, reported kursiv.kz. Three of those are expected to launch this year.

EcoProTech-Astana along with local and German investors, DERA GmbH company, are implementing a 20 Megawatt (MW) solar power plant in the Saryagash district. The plant is located on 42 hectares.

“The laying of the cables, the installation of transformers and the cables connection remains to be done. It is also necessary to install solar panels and a transformer node. The launch is expected this year,” the EcoProTech-Astana told lsm.kz.

In the Suzak region, the Chinese company Risen Energy is building a solar plant with a capacity of 50 MW. The project spans 129 hectares. The plant is to be commissioned in autumn.

Kaz Green Tek Solar along with the French company Urbasolar is building a 14 MW solar plant in Arys city. The total area of the station is 30 hectares. The project is being implemented with the loan funds of the European Bank for Reconstruction and Development. The plant will create 30 full-time jobs.

“The design work was completed, the expertise was obtained. In October, construction and installation work began. Completion of work is scheduled for 2019,” said the Kaz Green Tek Solar.

The Russian investor, Avelar Solar Technology is implementing a 50 MW solar plant in Kentau. The company won the tender for the plant construction. The plant is located on 125 hectares of land plot. It is expected to launch by the end of 2020.

Solar power plants are needed in southern Kazakhstan because the Turkestan region and Shymkent have an energy deficit. According to the Kazakh Ministry of Energy, South Kazakhstan has a significant solar energy potential, which is estimated at 2,200-3,000 hours of sunshine or 2.5 billion Kilowatt (kWh) per year.

The Turkestan region’s solar insolation reaches 1,600 kWh per square metre on average. This figure is comparable to African countries, such as Ethiopia, Burkina Faso, Senegal and Uganda, according to Turkistan Invest.

The energy potential of the region may allow it to export electricity, said Nobel Peace Prize winner and world scale climate change expert Rae Kwon Chung during his visit to Kazakhstan. He was in Kazakhstan to discuss the possibility of jointly implementing green projects in the region, including the production of solar panels, wind generators and the creation of eco-cities.